May in the Socks calendar - Damian Hirst 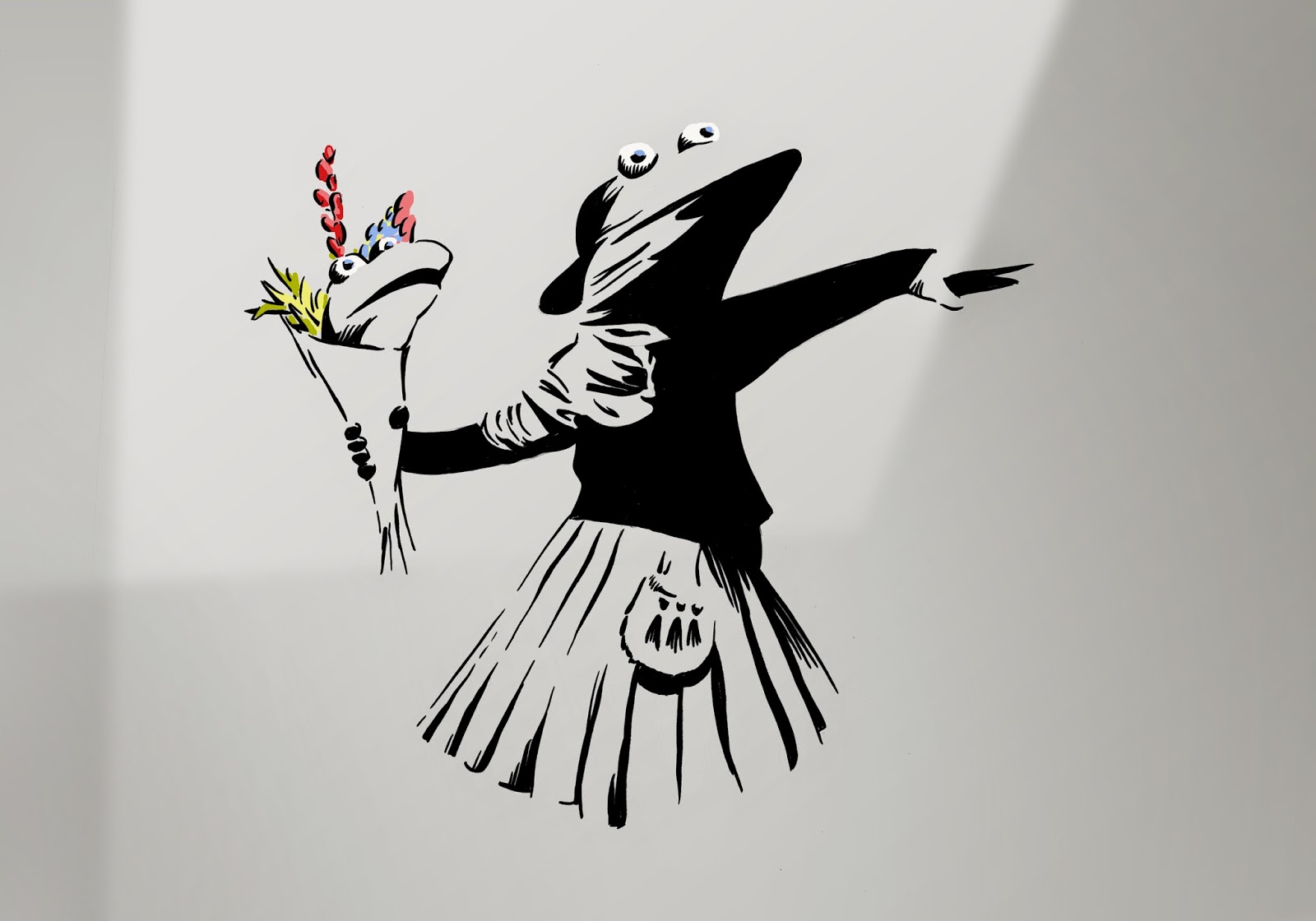 The Scottish Falsetto Sock Puppet Theatre's 2014 calendar is on the theme of modern art and June's page sees the boys taking on Bristol's Banksy.

The calendar is on sale through Lulu.com at a devilishly reasonable price and is a joy to see and a marvel to treasure. (Also someone had me sign one after the gigs in Brighton last month which reminded me how incredibly valuable they're going to be someday.)

Trawl back through this blog to see previous entries. And you can see 2012 and 2013's calendar (cult icons and sci-fi respectively) on the website. Posted by Scottish Falsetto Sock Puppet Theatre (and Kev F the comic artist) at 09:42 No comments: