The last week has been a horrible and mesmerising time. Not least on Facebook, where rabid discussions, arguments, passive aggression, and bitterness has mingled with bad gags, and voices crying in the wilderness. It was the week of Brexit and I couldn't tear myself away from Facebook. Here are some of the things I posted, shared and joined in with. 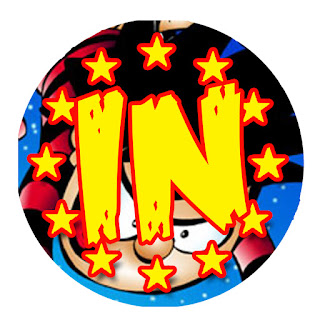 I updated my avatars for a day or so. To no avail.

Has anyone done the "Brexeunt pursued by bear" gag yet? Can I bagsy it for later? I got an angle.

Most frustrating thing about the Brexit debate? Not getting the chance to say face-to-face to a Brexiteer the stuff that you've rehearsed 100 times in your head. Eg: "Oh yes? Tell me again which bit of Europe you think Syrians, Afghans, Somalis and Nigerians come from." That sort of smart-arsed thing.‪#‎Bremain‬

"Not all Brexiteers are racist, but all racists will vote Brexit" - Billy Bragg

"When I hear the word intellectual I reach for my revolver". Sadly this turns out to be a mis-quote, and not even said by a real Nazi. (Such a shame, because it sounds so much like a Michael Gove expression, doesn't it?) Here's its origin: https://en.wikipedia.org/wiki/Hanns_Johst ‪#‎VoteRemain‬ It's: "When I hear the word culture ..., I release the safety on my Browning" read on...

Confirmation Bias, thy name is Facebook. Since, obviously, almost everyone I know thinks like me, I'm reduced to picking petty fights with the few "friends-of-friends" who are Brexiteers. Pathetic. If I'm a real man, why don't I go out into a proper pub full of baldy blokes and shout "I'm for Remain - anyone got a problem with that?" (Then engage in constructive debate).

Yes, but you can prove anything with facts, and the people have had enough of experts...

We Factchecked 17 EU Referendum Claims So You Don't Have To
There are untruths, half-truths, and statistics.
WWW.BUZZFEED.COM | BY JAMES BALL, SIRAJ DATOO|BY SIRAJ DATOO

Sockdolager: the decisive, winning point in an argument or debate. Also known as a recumbentibus (a knockout punch). Morning. (Thanks to @Susie_Dent on Twitter, I now know this)