It's a funny thing, this freelance artist thing. I can go months without doing much drawing, then suddenly I'm doing nothing else. The past month has been the latter. As if someone somewhere knew that I had a gap in my diary, with no Socks gigs for a while and only a few schools in September and October, I've found myself deluged by commissions.

Above you can see a tiny snippet from a 4 page strip I've done for, would you believe, Bible Society. I've written and drawn Samson's Philistine Wife, the published version of which I look forward to directing everyone towards very soon. A couple of things I can't show you very much of, however, are a comic strip-styled birthday card and a comic-cover-styled wedding invitation, from each of which here is the smallest excerpt: 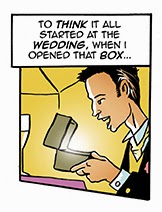 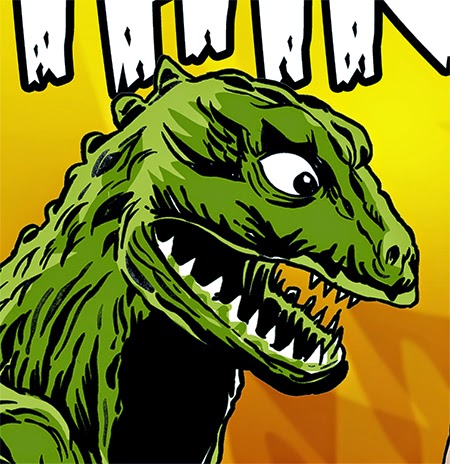 These are a couple of enjoyable production jobs which have reminded me how much I love writing and drawing comic strips. It really would be nice to do more of it, if I could make it pay. (For the record, each of these jobs pays twice as much as a page of The Beano and, were they for corporate clients rather than individuals on a budget, they'd cost a lot more). I've also designed the logo for a disco queen and a series of 16 characters for a magician. These will appear on their publicity somewhere soon, here's a sneak preview: 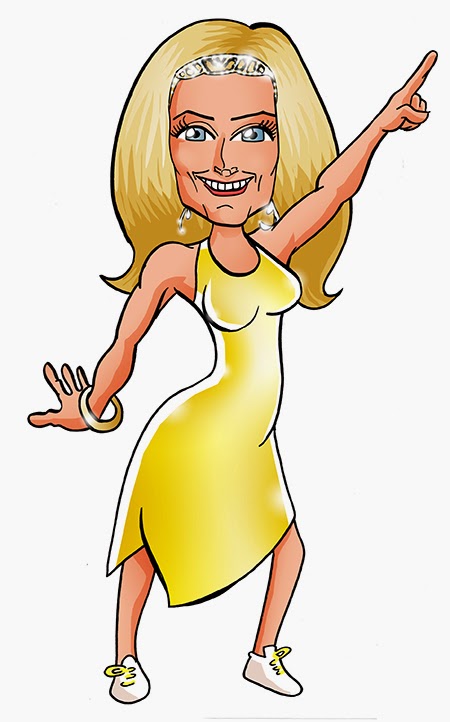 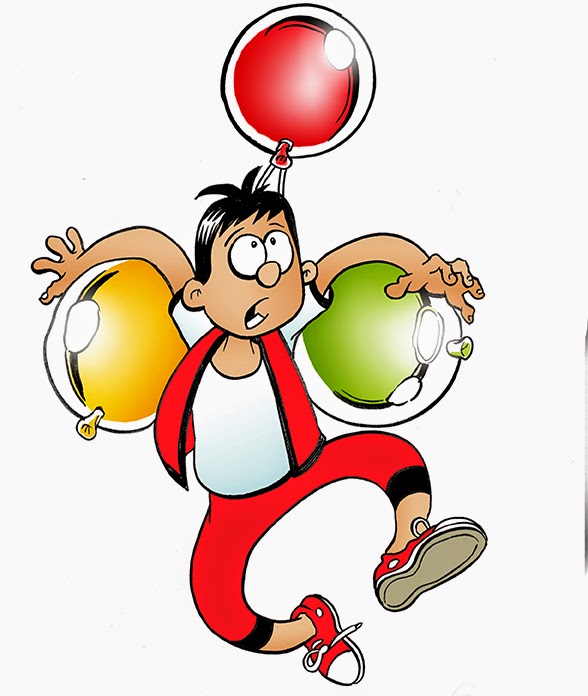 So, quite a productive few weeks at my desk, at which I've also written the 6 page Christmas episode of Dennis The Menace, which has been drawn by Nigel Parkinson. And with all that under my belt, I look forward to a couple of months of gigging and schooling. I'm writing this at a Holiday Inn in Stafford, en route between last night's Socks gig in Beetham in Cumbria and this morning's Beano caricaturing-and-class session at St Pancras station which will segue directly into a journey to Leamington Spa to play a family-friendly Socks gig. And then home. And coming up over the next few weeks we have schools in Wexford, Waterford, Dungarvan, Dublin, Bradford and many more. (In case you were wondering why I've not been writing many blog posts lately).

Kev F Sutherland, as well as writing and drawing Pansy Potter, Bananaman, Biffo The Bear et al in The Beano, runs Comic Art Masterclasses in schools, libraries and art centres - email for details, and follow him on Facebook and Twitter. He's been writing and drawing comics for 25 years, he must know something.