The Edinburgh Fringe by Alistair Moffat (1978) 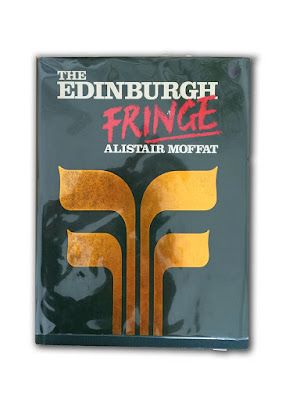 I have just finished a quick but informative read in the form of The Edinburgh Fringe by Alistair Moffat, which I picked up in Cardiff at the weekend. Complementing the longer book Banquo On Thursdays - The Inside Story Of 50 Years of the Edinburgh Festival by Iain Crawford, which I bought last summer in Edinburgh, it fills in more of the gaps in my knowledge of the Fringe's early years.

Moffat's book is from 1978 (Crawford's was from 1997) and so represents a Fringe almost entirely different from that which modern Fringe goers would recognise. The box office on the High Street is newly opened, all the talk is of the higher end of Fringe theatre and how Edinburgh created the concept to begin with, The Traverse rules the roost, there is a complete list of every single Fringe First Award won to date (there were, by 1978, 52 of them), and there is no comedy. 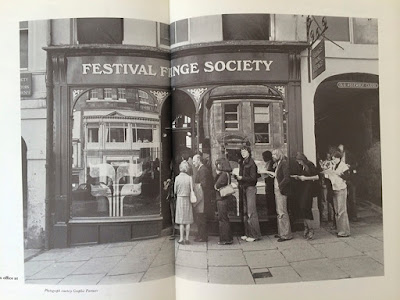 Apart from glancing references to the Cambridge Footlights, some Oxford students who'd gone on to fame and fortune, a mention of Hinge and Bracket, and a couple of plays by Billy Connolly, comedy barely gets a look in on the Fringe by 1978. Chris Langham's theatre company Franzshow wins a First in 1976, but his (or anyone's) forays into stand up are still some way away.

"The Edinburgh Fringe grows grosser every year like a fat old cat going to seed and not giving a damn. The official Fringe programme lists at least two hundred companies... in every space from Craigmillar to Leith... Some say the very essence of the Fringe is its free-for-all nature: that it's the way it grew and to try and change things is to tempt the fates. Others say nonsense, the fates were tempted long ago when the Fringe itself went official, appointed its own director and began to print its own programme of events. So why not go further and devise some way of indicating value for ticket money: why not even appoint some trusted scout to be on the look out for unusually stimulating small groups from anywhere in the world and invite at least one to Edinburgh each year."

I wonder what Cordelia would have made of the situation that has developed since, where TV talent scouts and agencies have long since used Edinburgh in just that way. I cannot imagine the dominance of Avalon, Off The Kerb and the like is what she was envisaging. Which reminds me, the Television Festival doesn't get a mention in this book.

I need to refer back to the Crawford book to find any mention of multi-tenanted venues, with which Fringe companies are most familiar now, The Wireworks not being built until 1978, followed by The Assembly Rooms in 1981 (then The Circuit in 1981, Pleasance 1984, Gilded Balloon 1986, The Stand 1995 etc etc).

One venue that was being built at the time of the 1978 book is the Old Chaplaincy Centre on Forrest Road, being developed by Bradford University Drama Group. And this choice quote from their report on that building stands out as a voice from a long distant era:

"Nobody goes to a Fringe show if they do not think they will enjoy what they see, no-one goes to be seen there, or because it is the 'done thing'. Of all types of theatre, the Fringe concentrates most exclusively on what happens on stage or in the playing area." 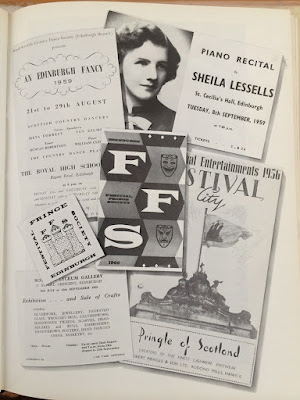 Here, in total innocence, we see how the Festival Fringe Society of the 1960s proudly brands its programme with the legend "FFS". The past is, indeed, a foreign country.

The Scottish Falsetto Sock Puppet Theatre are at The Gilded Balloon throughout Edinburgh Fringe 2015, August 5th - 30th. Tickets are on sale now. 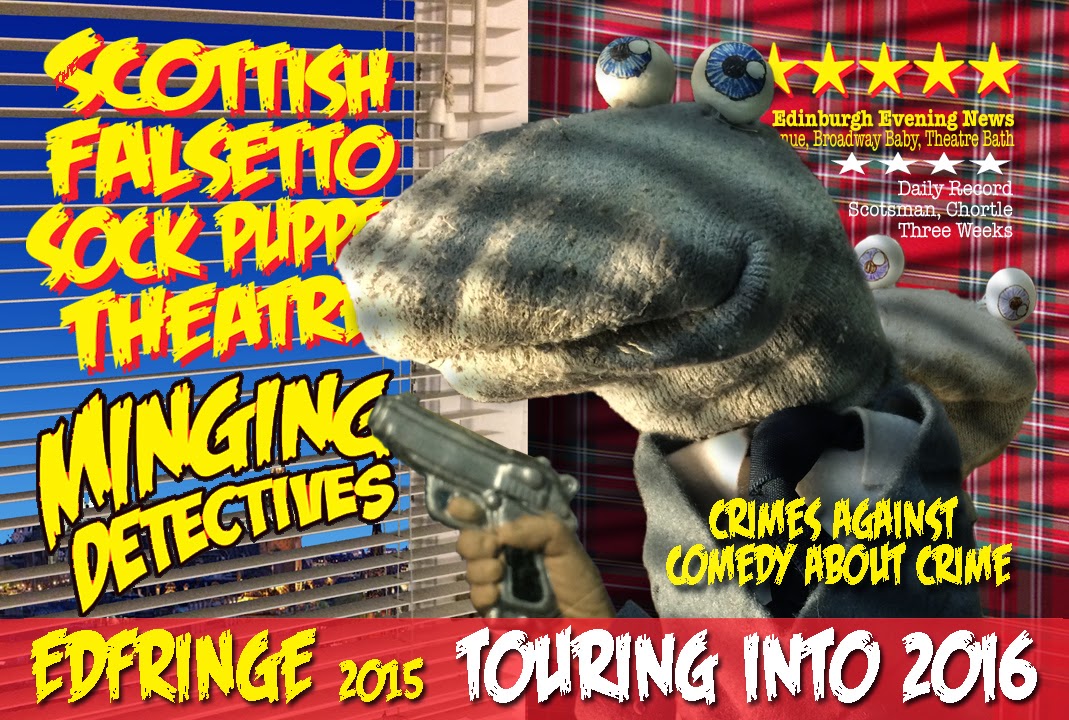