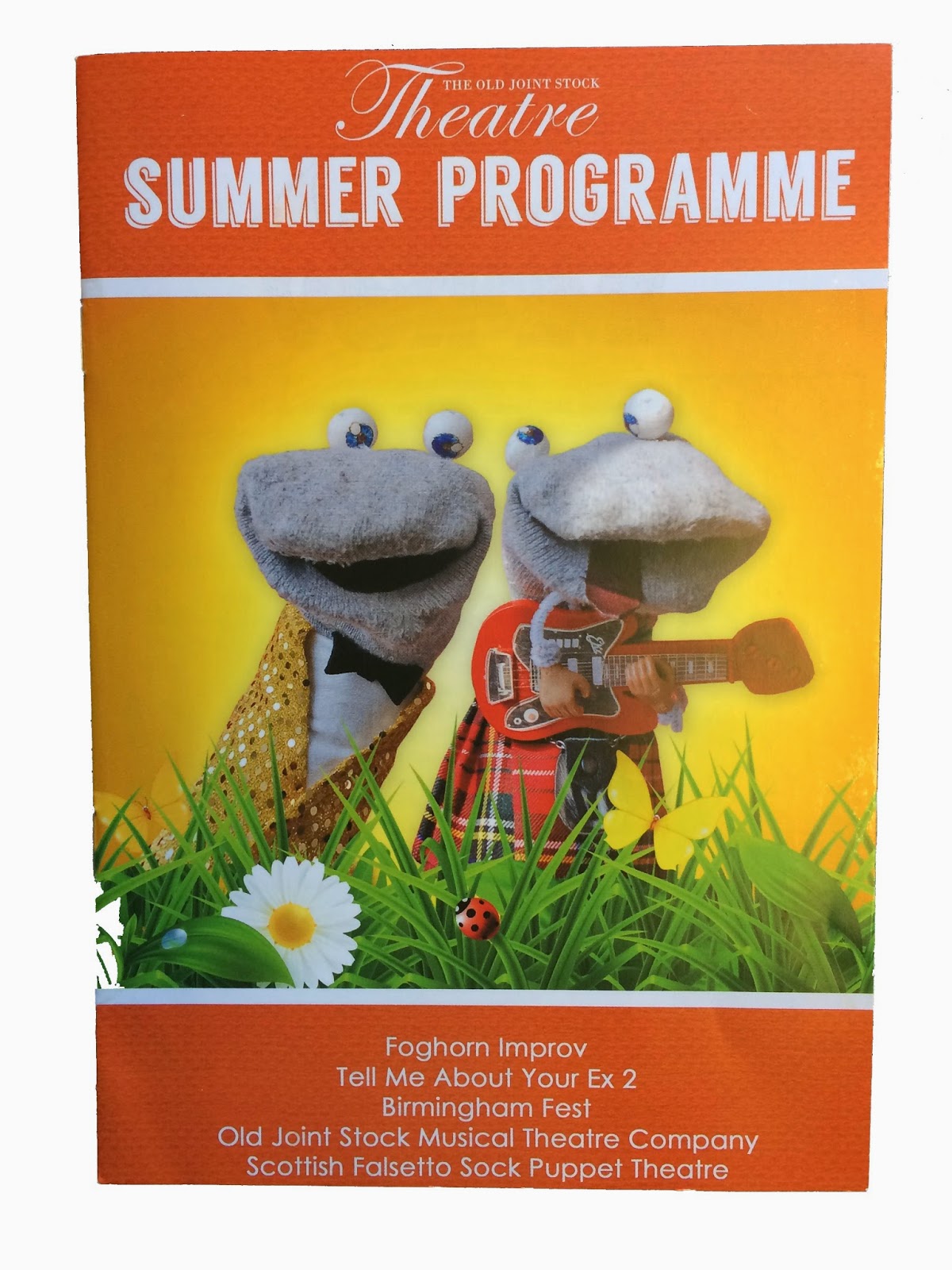 Well will you look at us, all over the front cover of the Old Joint Stock Theatre Birmingham's summer programme! That would probably explain the sellout show we had there on Friday night, despite us having played there only 6 months ago. This time we were giving them a mix of Socks On Space and the new Edinburgh show And So Am I. (Space first, cut down to 45 mins, then 45 mins of And So Am I, for the record).

The audience was, it transpired, almost entirely newcomers to the Socks, which is great, and which made the Preview material a proper acid test. No fans laughing at things just cos they're fans, this material only worked if it was actually good enough, and gave us a very good idea of what's going to be in the final show (less than three weeks away). 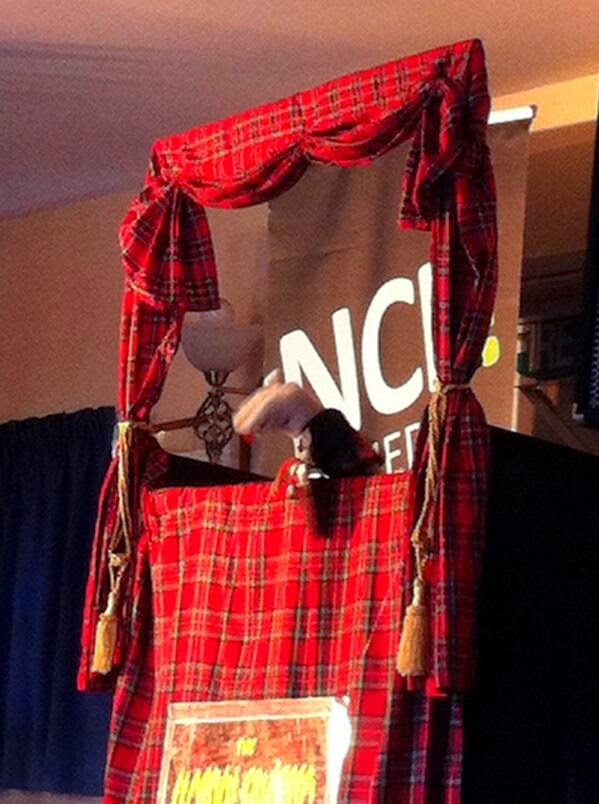 And, going from famine to feast, the Socks found themselves back in Birmingham two days later, this time at Ward End Social Club, in front of their smallest audience of the year (possibly the smallest audience since we did a command performance for a married couple at Castle Skibo, but that's a story for another day). Helen, who runs the Nottingham Comedy Festival, was trying out an ambitious all-day-and-night programme of Edinburgh Previews, all shows on one ticket, with acts like Alfie Moore, Ellie Taylor and Dane Baptiste on the bill, the Socks kicking off at 2pm. There were only about a dozen punters in the room when we started, though there were more by the time we finished, and since we were only doing the Edinburgh preview (ie no "safe" material from our Best Of/fall-back repertoire), and only one person had ever seen us before, it really was a test of whether material was good or not.

Turns out an awful lot of our new show is good enough to entertain general punters who are seeing the Socks for the first time, while a fair bit is "Edinburgh" type material, with gags oriented towards a comedy cognescenti (especially the political satire, of which we have more than ever this year) or a Scottish crowd (even though Edinburgh audiences are primarily English-and-other-foreigners, there are always enough Scots to make Scotcentric gags hit home. See the "Mighty Corstorphine Power Rangers" gag which has been in Socks In Space for the past year despite not really making much sense outside of the Lothian region).

Our running order for these two And So Am I previews was:
Ignoranus/Stereotypes/Generalisation
Scottish Pros
Mumford & Sons
Baby In The Corner
Downton (full length, for the last time)
Merkel/Hollande
UKIP Medley
Noah (Ward End only)
Street Where You Live
Always A...
St Andrew (WE only)
Time Of My Life
Les Mis (WE only)
Sweary Poppins
(On script but not used: Batman Tennis & Eurovision song)

On Monday morning, flying to Glasgow to do a school in Greenock, I went over the script with a biro and was inspired to write a whole new musical routine which should form the ending of Downton. If you'll excuse me, I'd best go off and record it. See you all in Edinburgh, or at one of the remaining previews.

UPDATE 10/7/14: In Bedford last night we gave them the new song - Oh What A Lovely War, as described above - and it went very well, getting the best laugh of the show for the new costume which may or may not be the most racist costume we've ever made (I hope not). They also got Les Mis which I am now looking at replacing with.... (stay tuned)

The Scottish Falsetto Sock Puppet Theatre ...And So Am I is at the Edinburgh Fringe 2014. See you there.

Got my Ed Fringe 2014 tickets. Yay, a brand-new show, but please keep a smidgen of the old stuff for us diehard fans. 'Ship in a bottle' gets me every time !