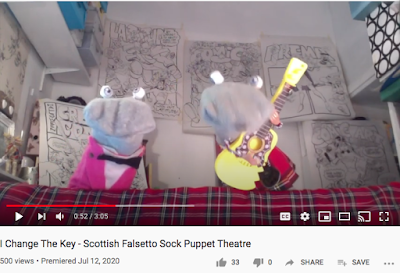 Dean Friedman has been kind enough to ask The Socks to appear on his DeanZine LiveStream every week now, having previously appeared fortnightly, which means we're getting the chance to record and upload new songs every week. I say new, obviously they're hits from the back catalogue, with new vocals to accompany our "as live" appearances. This technique, of pre-recorded clips, looks like the best way of us doing musical numbers for our first live show next Friday. Above is our Johnny Cash tribute, from the 2008 show, and below... 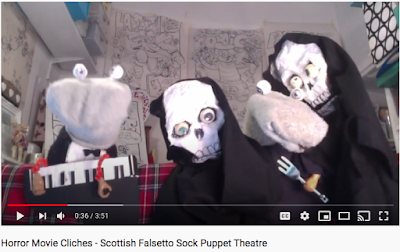 Frankie Valli and the Four Horsemen Of The Apocalypse, as seen in 2012's Boo Lingerie (The Socky Horror Show), and which stayed in the set well into the next year. A very popular number, and a pleasure to dig it, and its prop, out again.
DeanZine's LiveStream can be seen every Sunday night from 8pm on Youtube, Facebook, and all points inbetween (technology we really must master ourselves someday). We'll be doing another song this weekend stay tuned for that. 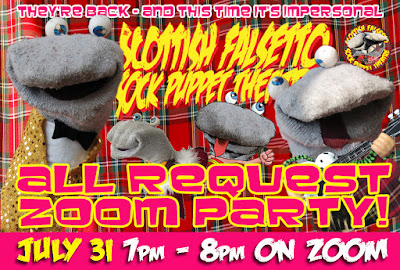