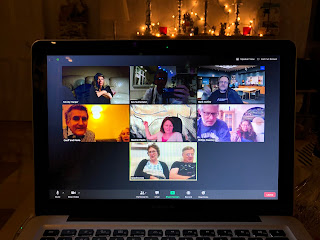 Thanks to Felicity & Tom for organising another excellent Zoom quiz party, this time the challenge was based on Radio 4's Unbelievable Truth. You had to give an essay, sneaking 5 truths past the other contestants, disguised among the lies. Panelists get one point for every truth that they spot, but lose a point for a lie they mistake for a truth. Here are my two essays, see how many you get, answers below.
Unbelievable Truth - PANDEMIC
The first person to write about pandemics was JM Barrie in his book, the Adventures Of Peter Pan-demic, the boy who wouldn’t grow up, because he had polio. The word pandemic comes from the ancient wood-nymph Pan, who got up everyone’s noses. And the word demic, which is usually separated into two words de and mic. De mic is the thing a DJ talks into.
A pandemic means a widespread disease that you can ignore if your mate on Facebook says it’s all a hoax. The most fatal pandemic in recorded history was The Black Death in the 14th Century , which was so influential it lead to the Black Deaths Matter movement.
During the Black Death, or Teutonic Plague , nearly 3 million people died. Though people didn’t call it The Black Death at the time preferring names like The Big Stink, The Big Easy, The Big Lebowski, and The Big Bad Wolf.
After The Black Death, nothing unpleasant happened in all of Europe until the 20th century when suddenly we were struck with the 1918 event known as The Belgian Flu. The Spanish Flu of 1918 was so called because it started in Spain.
Other dreadful things to have started in Spain are
the Eurovision Song Contest, Big Brother,  The Macarena, The Birdie Song, and Baby Shark.
Using the same basic formula as the 1918 hit The Spanish Flu, Swine Flu was an international success in 2009. Swine Flu was so called because you got it from contact with pigs and pig products.
The current world number 1 pandemic, COVID 19, is so called because it was developed in a laboratory, after the 18 previous attempts had failed. Covid 19 was the star of the movie Contagion
Other movies about international pandemics include:
One Flu Over The Cuckoo’s Nest, Bubonic and Clyde, The Viral Staircase
Monty Python & The Holy Grail, and Orange Is The New Black Death
(Answers at foot of page)
Unbelievable Truth - DINOSAURS
Dinosaurs were invented in the 1950s by Ray Harryhausen who made the first dinosaurs out of plasticine.  Dinosaurs feature in his most famous films The Mighty Joe Young, The Golden Voyage Of Sinbad, and Jason and the Argonauts.
Other films that feature dinosaurs include
Bill & Ted’s Excellent Adventure
The Hunt For Red October
Dirty Dancing
Citizen Kane
& The Usual Suspects
Dinosaurs in films struggle with the fact that actual dinosaurs are, of course, rubbish actors. So the Triceratops in King Kong was played by a small child in a suit, The velociraptor in Jurassic Park was played by a tortoise, and the dinosaur skeleton in One Of Our Dinosaurs Is Missing was played by buffalo bones and later made a guest appearance in Star Wars.
The taxonomic term ‘Dinosauria’ was coined in 1921 by Sir Arthur Conan Doyle who put dinosaurs in his novel The Lost Boys. The name dinosaur means rubbish horse. Other literal translations of dinosaur names are
Triceratops - means a choice of toppings
Stegosaurus - means Roof Lizard
Velociraptor - means cycling bird
Pleisiosaur - means do what you like
Brontosaurus - means lizard with a hacking cough
The best dinosaur obviously is Tyrannosaurus Rex. A feathered dinosaur, the most complete specimen of a Tyrannosaurus is nearly 13 feet long and would have weighed 18 metric tons. Tyrannosaurs are most famous for their hit records. Top hits by Tyrannosaurus Rexs are:
Seaside Shuffle
Hit Me With Your Rhythm Stick
My People Were Fair and Had Sky in Their Hair... But Now They're Content to Wear Stars on Their Brows
(Answers at foot of page) 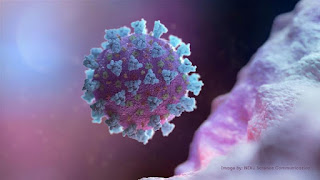 Answers PANDEMIC
Truths:
The Black Death in the 14th Century (TRUE)
People didn’t call it The Black Death at the time (TRUE, not recorded till 1750s)
The Macarena (TRUE, by Spain’s Los Del Rio in 1993)
Using the same basic formula as 1918 The Spanish Flu, Swine Flu... in 2009. (TRUE, Swine Flu & Spanish Fu are both H1N1)
Monty Python & The Holy Grail (TRUE, Black Death)
Lies you may have mistaken for truths:
Teutonic Plague (in fact included Bubonic, Septicaemic and Pneumonic Plagues)
Nearly 3 million people died. (In fact 75 - 200 million people)
The Big Stink (no, that was the Thames)
The Belgian Flu. (No such thing)
The Spanish Flu of 1918 was so called because it started in Spain. (Not true, in fact, but everyone else suppressed news of their pandemics, except Spain, creating the false impression that Spain was worst hit).
The Eurovision Song Contest (no, it started in 1956, they joined in 1961),
Big Brother (no, Netherlands),
The Birdie Song (no, Switzerland), and Baby Shark (Germany and South Korea).
Swine Flu was so called because you got it from contact with pigs (not true, a theory suggested it originated from pigs in central Mexico, but remains contentious ).
Covid was star of the movie Contagion (no, it was called MEV 1).
Answers DINOSAURS
Truths:
Citizen Kane (TRUE, Pterodactyls appear in CK, because stock footage from King Kong was used)
The velociraptor in Jurassic Park was played by a tortoise (TRUE, sound of Tortoises mating)
Dinosaur skeleton in One Of Our Dinosaurs Is Missing...made a guest appearance in Star Wars (TRUE, it was a model later used in desert scene in Star Wars).
Stegosaurus - means Roof Lizard (TRUE)
Tyrannosaurus Rex. A feathered dinosaur (TRUE)
My People Were Fair and Had Sky in Their Hair... But Now They're Content to Wear Stars on Their Brows (TRUE - album by Marc Bolan's Tyrannosaurus Rex)
Lies you may have mistaken for truths:
The taxonomic term ‘Dinosauria’ was coined in 1921 by Sir Arthur Conan Doyle (no, it was 1842 by Sir Richard Owen) who put dinosaurs in his novel The Lost Boys (no, The Lost World)
The name dinosaur means rubbish horse (no, terrible lizard).
Triceratops - means a choice of toppings (no, 3 horned face)
Velociraptor - means cycling bird (no, swift seizer)
Pleisiosaur - means do what you like (no, near lizard)
Brontosaurus - means lizard with a hacking cough (no, thunder lizard)
most complete specimen of a Tyrannosaurus is nearly 13 feet long (no, it’s 40 feet) and would have weighed 18 metric tons (no, 8 tons)
Seaside Shuffle (no, Terry Dactyl & Dinosaurs)
Posted by Scottish Falsetto Sock Puppet Theatre (and Kev F the comic artist) at 12:04 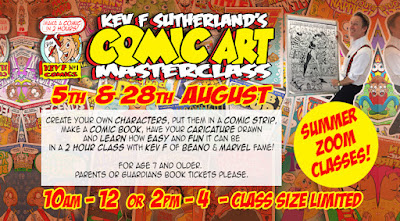