If it's Sunday it must be Abu Dhabi. And must feel like a Monday. I've just done two of my Comic Art Masterclasses with two groups of Home Schooled kids, mostly American, in Abu Dhabi (they produced comic called The Flaming Skull and Bombs & Destruction, now you ask, and the celebrities they suggested for the Character Walking Down The Street game were Michael Jackson and George Washington). And it's now 3.10pm in AD, though my time clock has lost track of time (that's 11.10am back home, and I got up at 6.30am or 2.30 in real money, so it's all a bit of a blur). In a moment I get picked up to go to the offices of ADMAF to photocopy the kids work, then you never know I might do some sightseeing. In the meantime, here are some photos, starting with today's first class: 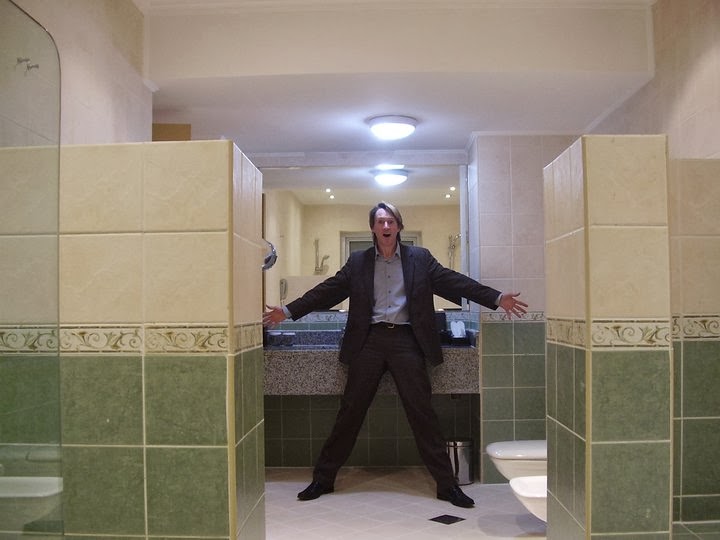 This is the bathroom of my hotel room. It is as big as the hotel room itself: And this is my hotel key card. They clearly think I'm a Basil Brush presenter: 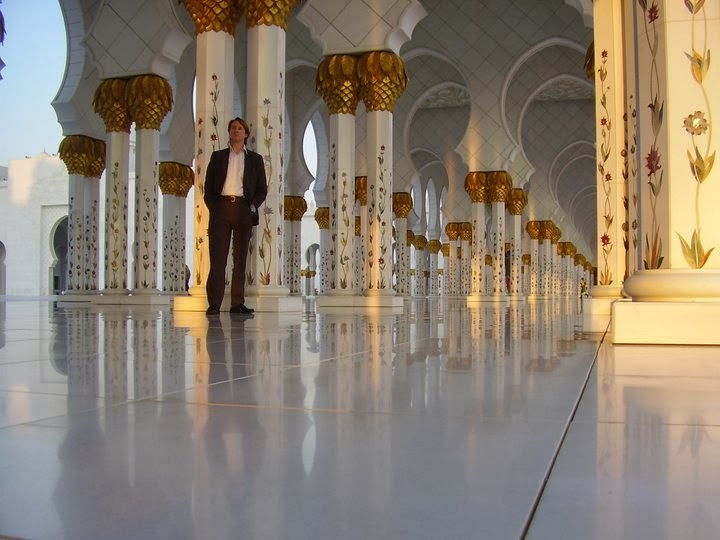