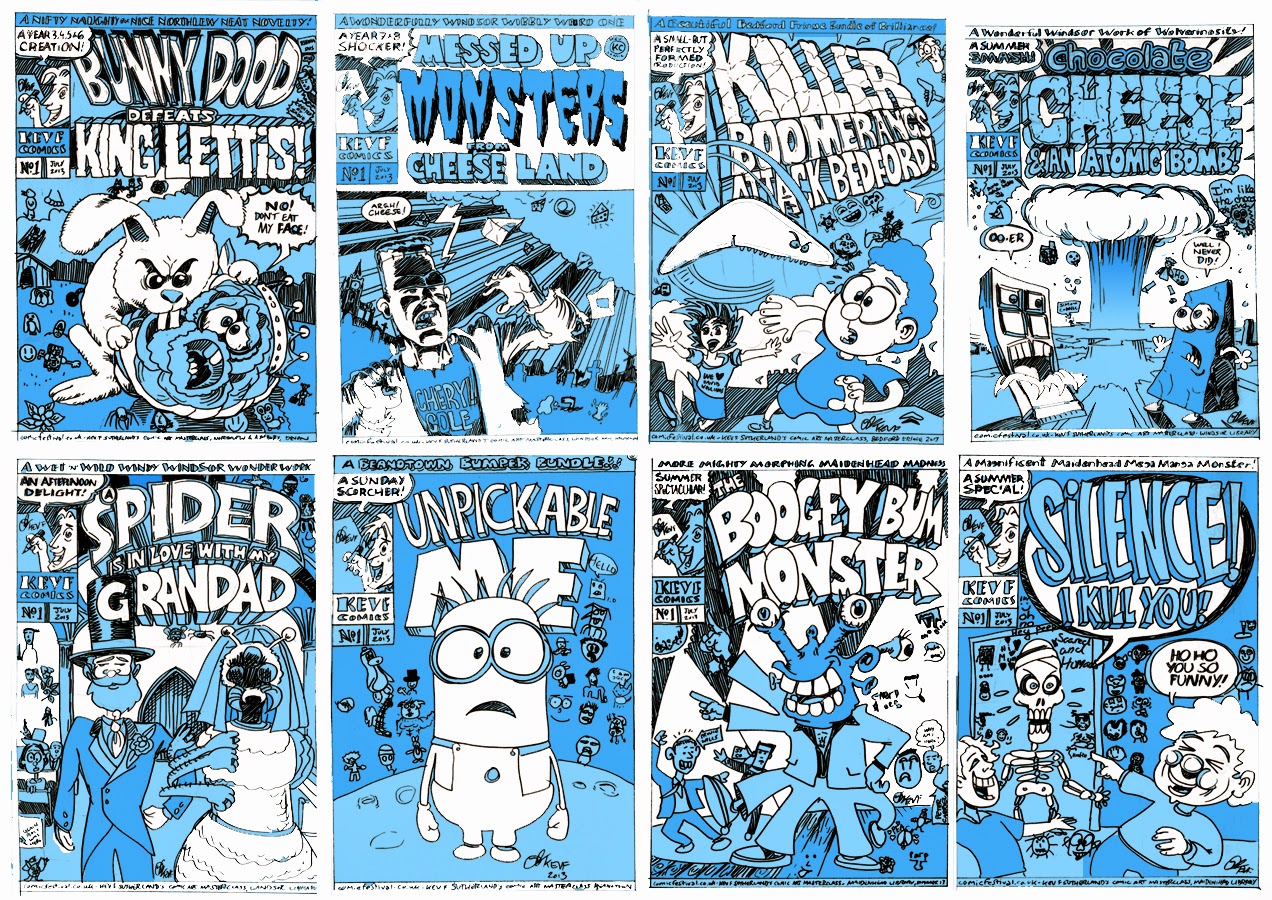 I've been so busy doing my shows and classes up in Edinburgh throughout August, that I'd totally forgotten these, the comics produced by the kids in my Comic Art Masterclasses in the last week of July, before I headed up to Scotland to do the Fringe. These are from classes in Windsor & Maidenhead libraries, Bedford Fringe, the Beano exhibition at London's Southbank Centre, and Northlew & Ashbury Primary School in Devon.

Every pupil goes away with a comic containing a strip by each of them plus an individual caricature by me, these are just the front covers, titles chosen from a selection from every member of the class. Oh you should see the ideas that don't make it.

When asked to name a celebrity for me to draw in the "Treads On A Worm" demonstration story, these chose Simon Cowell (twice), David Walliams, Prince William, Usain Bolt, Rihanna, Cheryl Cole and most obscure suggestion of all Peter Gabriel.

I am, as always, available to give my Comic Art Masterclasses to your kids, wherever they be* (*NB Within reason. I mean if you live on an island in the mid-Atlantic it'll cost, is all I'm saying.) Tweet @KevFComicArtist, find me on Facebook, or why not try emailing me? Details at comicfestival.co.uk