The Dog Did It - comics by kids in Edinburgh 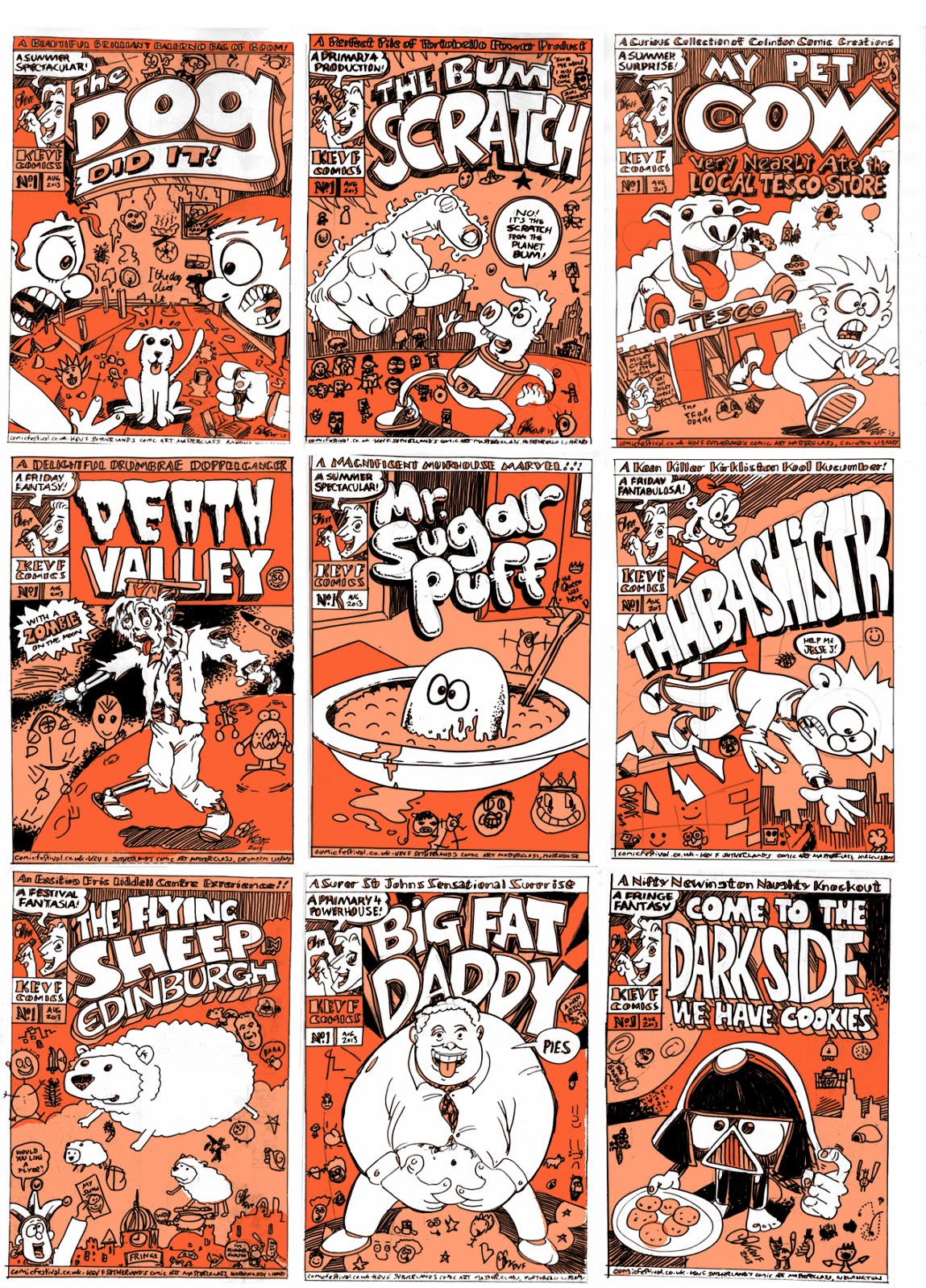 Throughout the month of August, as well as performing the Scottish Falsetto Sock Puppet Theatre in Space every night on the Edinburgh Fringe (and producing The Sitcom Trials on the 21st, don't forget) I've been busy doing ten days of Comic Art Masterclasses across town. With most, though not all of them (photocopiers permitting), we've produced a comic that each has taken away, containing a strip by every one of them, a caricature by me, and these fantastic front covers. The kids all come up with a title, from which we choose the favourite. I then design the cover, they add a bit, and look at what you end up with.

These are from Balerno High School's summer school, and libraries in Portobello, Colinton, Drumbrae, Muirhouse, Kirkliston, Morningside and Newington. And the celebrities they nominated for the "...Steps On A Worm" demo strip (which I realise I give a different name every time I describe it) were The Queen (twice), Harry Styles, Michael Jackson, Harry Hill, Jimi Hendrix, Simon Cowell, Miley Cyrus and Jesse J.

I am, as always, available to give my Comic Art Masterclasses to your kids, wherever they be* (*NB Within reason. I mean if you live on an island in the mid-Atlantic it'll cost, is all I'm saying.) Tweet @KevFComicArtist, find me on Facebook, or why not try emailing me? Details at comicfestival.co.uk