You wait years for a Top Ten rundown of unusual Bananaman pictures to appear, then three come along at once. So having posted this list here, then this list here, here comes a third selection of Bananaman-as-you-never-saw-him-before images I've found. 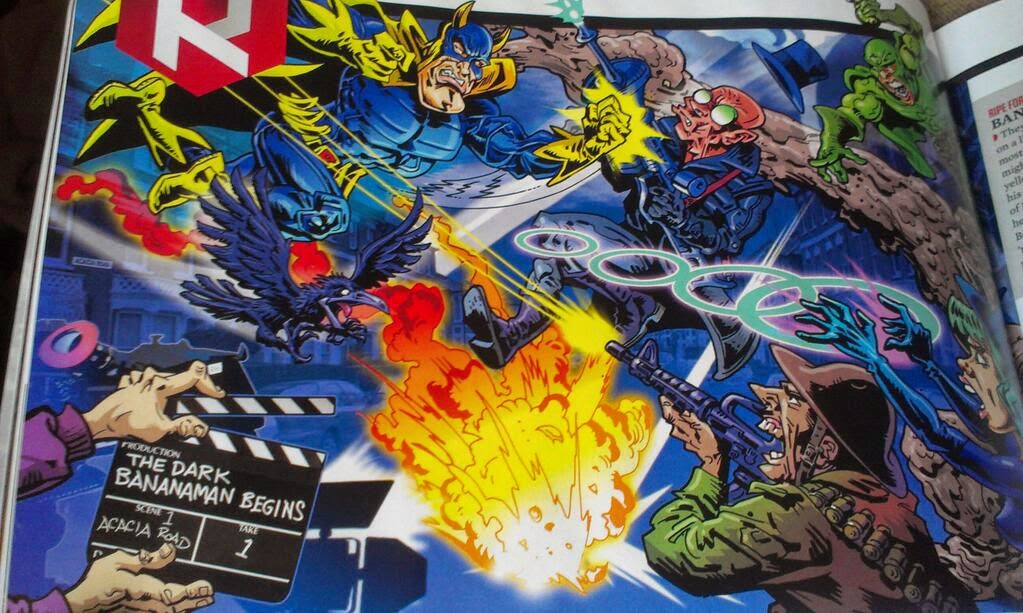 10 - The Dark Bananaman. Drawn by Paul Cemmick in this month's SFX Magazine, picking up on the news that there's a Bananaman movie in the pipeline. Via @bromley001 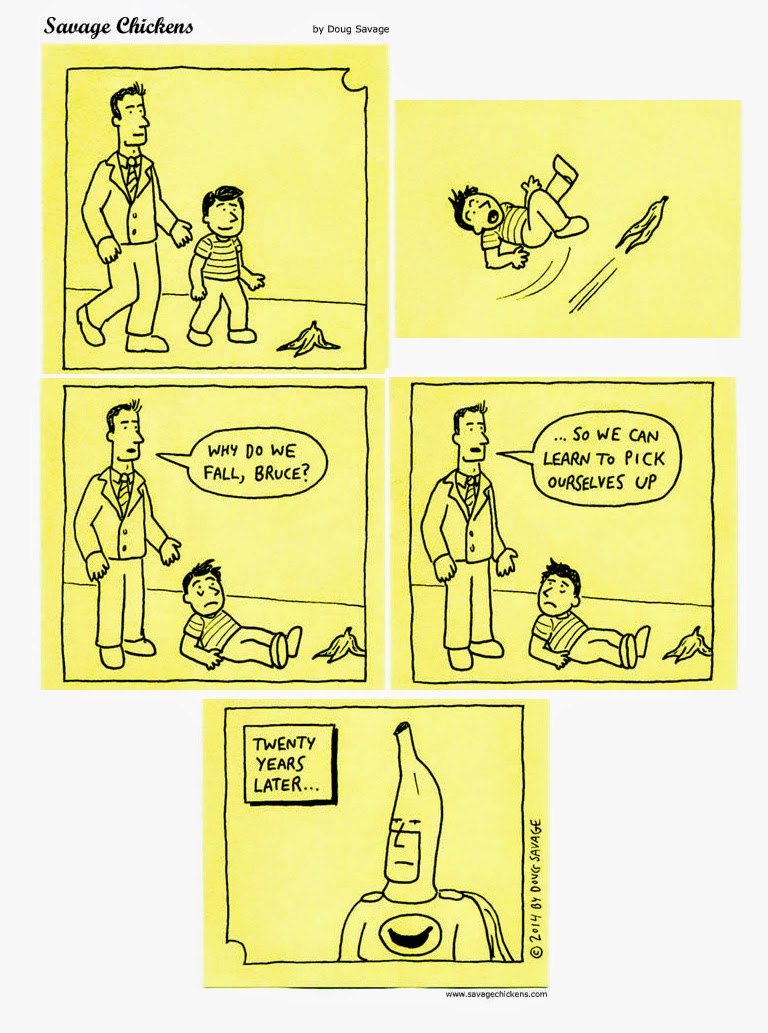 9 - Savage Chickens' Bananaman. From the fantastic comic strip series, drawn on sticky notes by Doug Savage, a brilliant twist to a familiar tale. via Patrick Brown on Facebook. 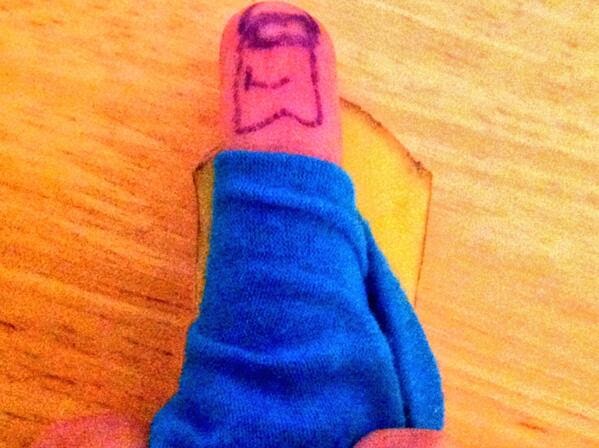 8 - A Bananaman Nando's Finger Selfie. No, I didn't know there was such a thing as any of those things, but there is, and this is one by @MikeyCoughlan via @NandosUK 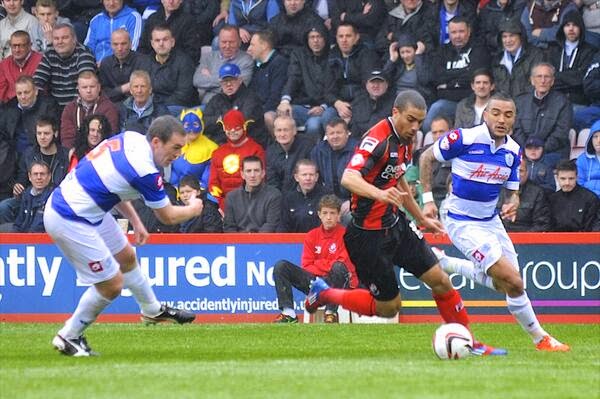 7 - Bananaman watches AFC Bournemouth. With his bezzie mate The Flash. He has to do something at weekends. via @afcbournemouth 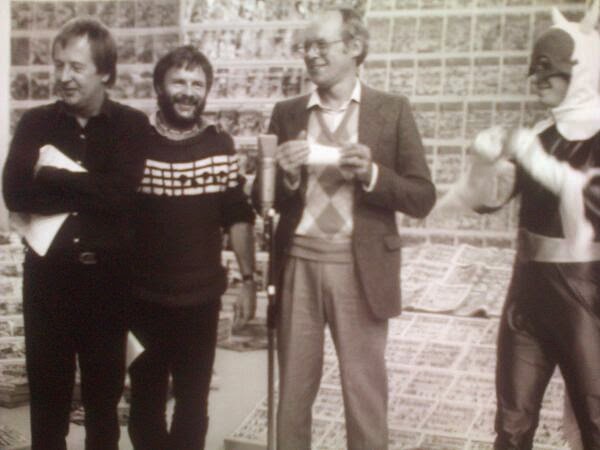 6 - The Goodies ARE Bananaman. A lovely photo find by @RobertWRoss on Twitter, it's Tim, Bill & Graeme providing the voices for the 1980s Bananaman cartoon. Coincidentally the Goodies make a sneak guest appearance in this week's Beano. 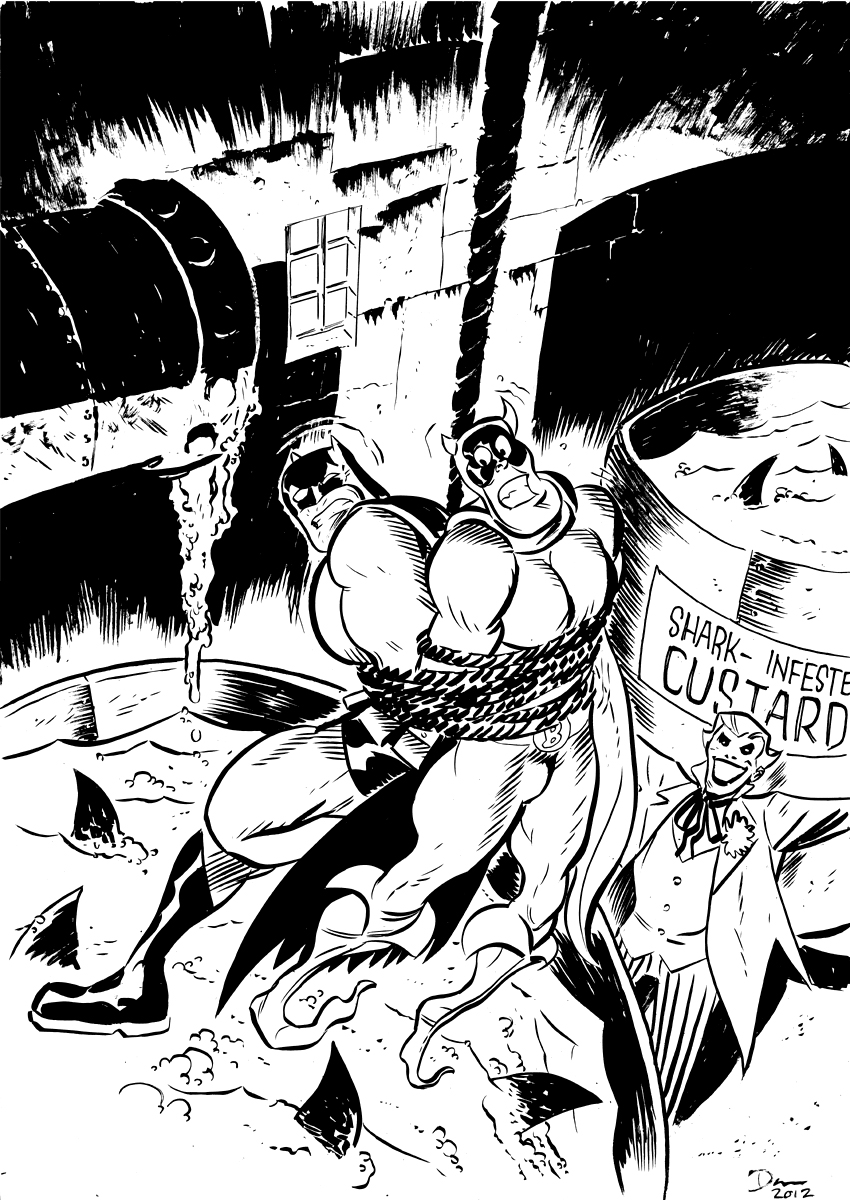 5 - The Bat and The Banana. By the excellent Dan McDaid, whose work you might know from  Doctor Who magazine and elsewhere. Shark Infested Custard, of which you don't see nearly enough these days. 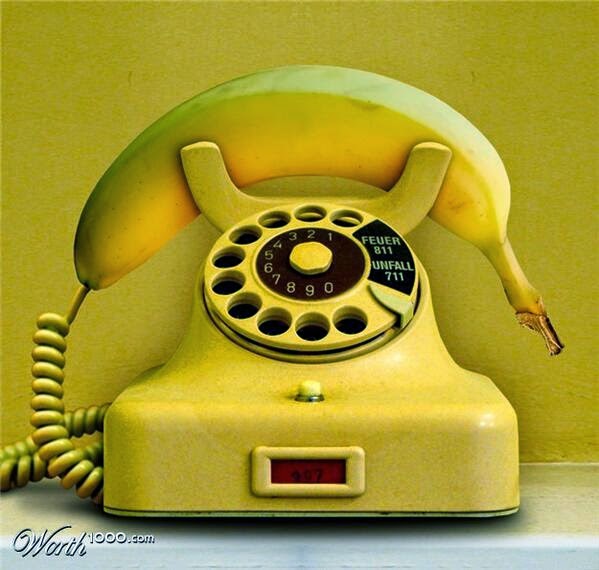 4 - The Banana Phone. How else do you summon The Man Of Peel? via @CuriousSatan 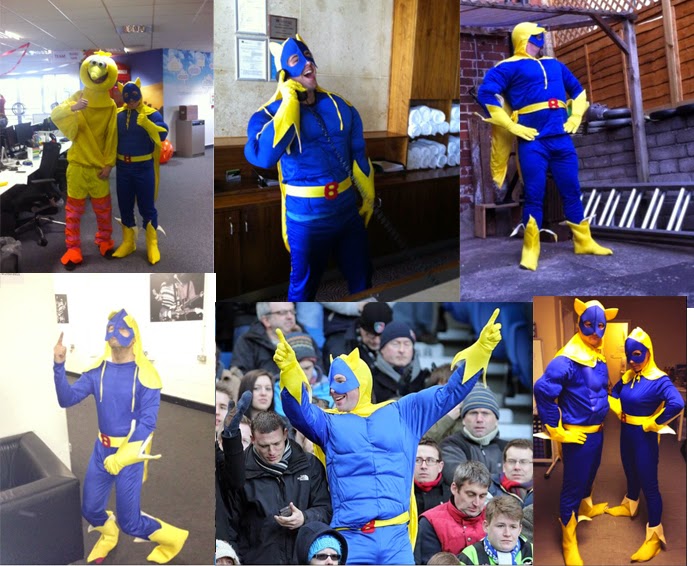 2 - Banana Boy, Banana Girl and, er, Banana Warrior of the Fruit Defenders. Studiously avoiding any names that may already have been taken, these characters are copyright & ™ Osprey Product Development. 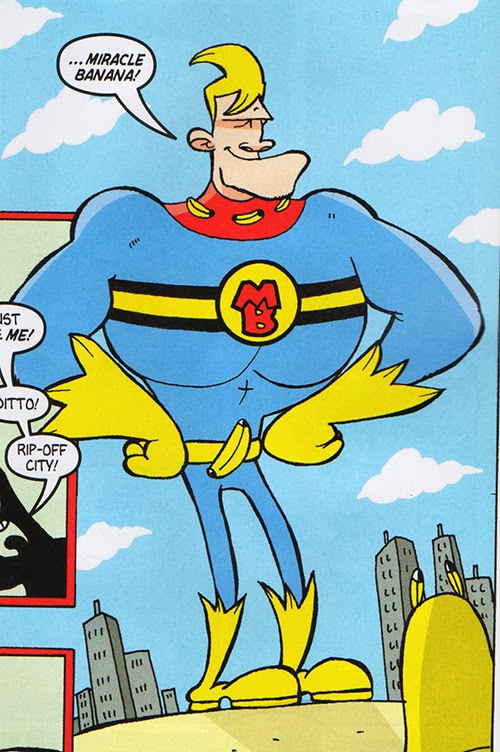 1 - Miracle Banana. One part Bananaman, one part Miracle Man, all parts me and Wayne Thompson from The Beano earlier this year. Hopefully he returns soon, keep your eyes peeled comic book satire fans.

Well, if Osprey were trying to avoid taken names, they failed, since Bananagirl is a Beano character!