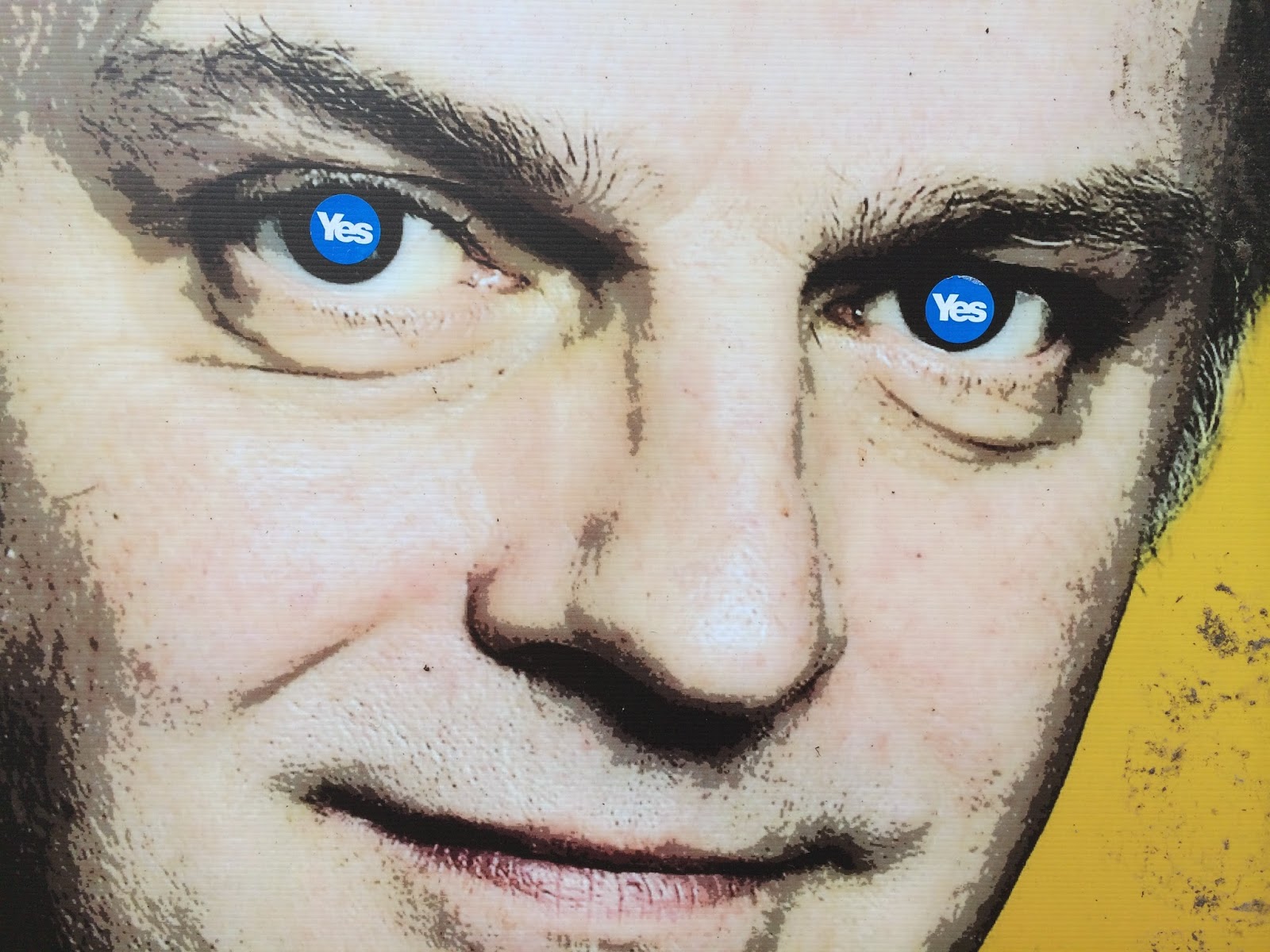 The secret of improv is "Yes, and..." Edinburgh Fringe meets the Scottish Independence debate.

Where did that month go? Edinburgh Fringe 2014 was the fastest moving Fringe I can remember. With my schedule being the busiest ever (26 consecutive shows at 10.30 every night, and Comic Art Masterclasses in libraries and schools on 12 days, with Uncle Stuart's funeral and a day of filming for Newsnight into the mix) it's no surprise that, yet again we saw hardly any shows (4 I think), though we have done the art galleries justice, visiting the Museum of Modern Art, the galleries on the Mound, Inverleith house, Ingleby, City Art Centre, Collective on Calton Hill, National Portrait Gallery, Talbot Rice, Fruitmarket and, my favourite, Summerhall.

My audiences have been good, my numbers up a tiny bit on last year, and the flyering experience has been perfect. Our flat in World's End Close has been the best location ever, I can get to work in 10 minutes, and the avenue that connects Assembly Gardens, The Gilded Balloon, Udderbelly and Pleasance Dome is the most fruitful stretch I have ever flyered - and that's in nearly 15 years of flyering, since my first show here in 2001.

The Future Of The Fringe. Well, these two blogs tell us a lot, with both Janey Godley and Richard Herring announcing that they will be coming back next year with Free Fringe shows. Janey in particular thinks the paid for venues are in trouble. I have heard this echoed from a few other sources informally (I thought I'd seen a number of people on Facebook mention poor audience figures, but when I followed them up they turned out not to have said that after all.)

The Edinburgh Comedy Award ended up being won by John Kearns who was playing in PBH's Free Fringe, which must signify something too. I've written a short blog about the early days of the Fringe, based on a book I bought this month, which puts things into a bit of perspective.

The Socks' 2014 show, And So Am I, has been very good, though not my favourite ever. I think the UKIP Song and Oh What A Lovely War are deserved highpoints, and the audience agrees (not had a visual highpoint as good as the burka appearing since we debuted Star Wars back in 2009). The Baby In The Corner running joke is my favourite running joke since we did Who's On First as part of the 2008 show. And there are lots of opportunities for audience rapport in the whole Scottish Independence Debate and European Elections segments - these being so expandable that they often necessitate removing 5 minutes of material from the end of the show.

But that final 5 minutes, the Macbeth as Alex Salmond skit, is one I've been happy to drop half a dozen times. When it works, at breakneck speed hitting the laugh points and moving on, it goes so well nobody has time to notice that it doesn't make logical sense and doesn't really have a proper ending. Robbie the technician (who's been a star) pointed out that the culmination of Baby In The Corner is a perfect end to the show, and I think he's right. When we write the touring version, Alex Salmond and Macbeth will be history (quite possibly in the wide sense, not just in a silly Socks show) but I think our running joke will go on and on.

We've also been getting great laughs from Always A Bastard and Sweary Poppins, but I feel a little guilty because they're items from past shows (Always was 2010 then the tour that included Adelaide, and Sweary was 2009 then every touring show since, though Edinburgh's not seen it for 5 years). Our audiences have been at least 50% new people every night, sometimes 90% newbies, and everybody loves those songs, so why not give them the hits from time to time?

(For the record, Socks In Space is my personal favourite show, followed by a tie between Hollywood, Telly, Boo Lingerie and And So Am I. Turns out I'm quite the Socks fan!) 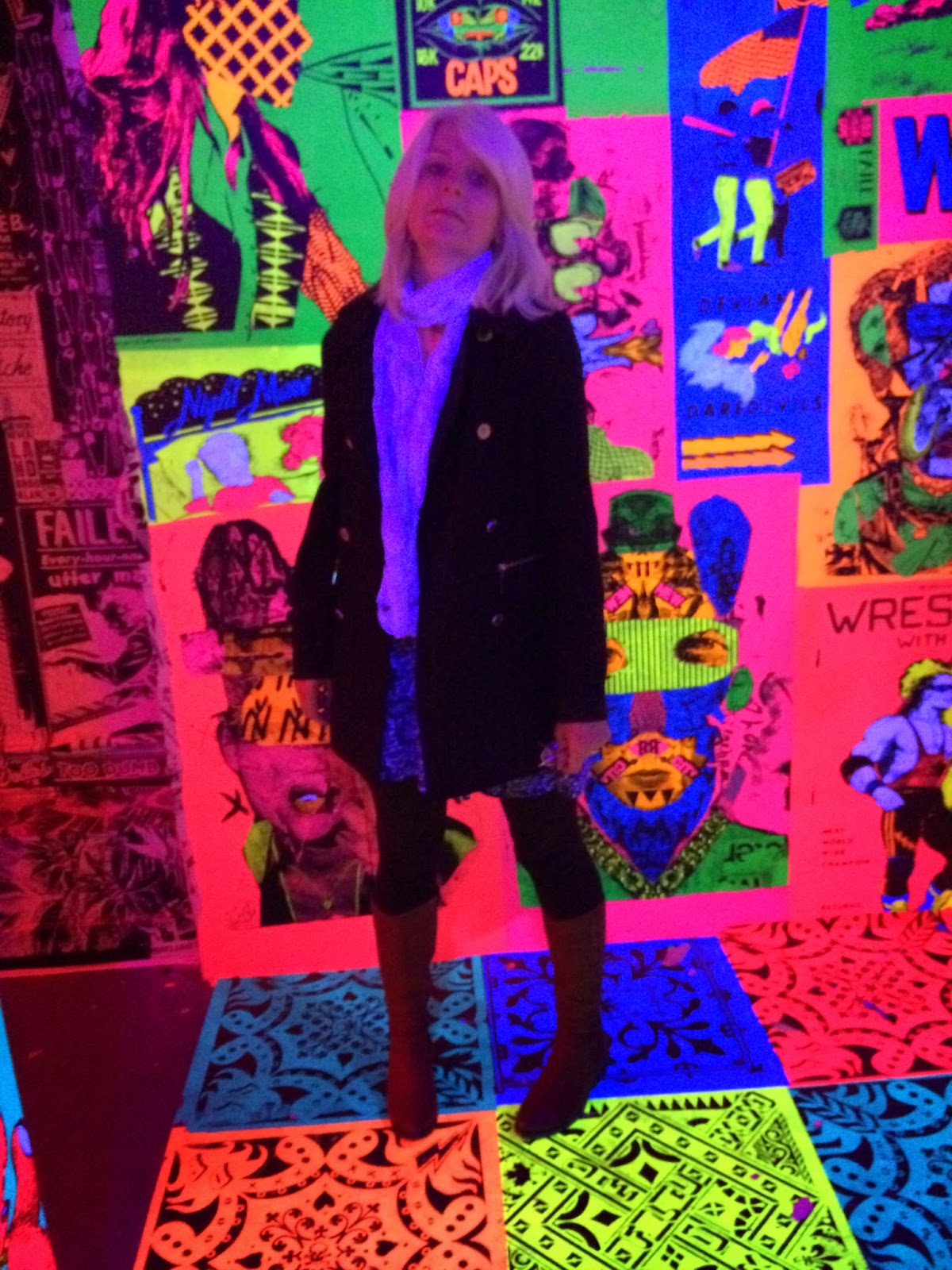 Hev at Summerhall in a cracking installation with arcade games and retro poster stylings.

The rest of my experience can probably be summed up in tweets. We had a great flat, a great show, and a great time. This is a taste of it...

Aug 12: Just failed to flyer @richardosman with crap attempt at a #pointless gag. Almost glad he didn't take one #edfringe

Yes! Successfully flyered Rory McGrath. I still got it. #edfringe

Just successfully flyered @JohnBishop100 & Henry Normal in one go. Can't top that. Off to prepare for the show #edfringe 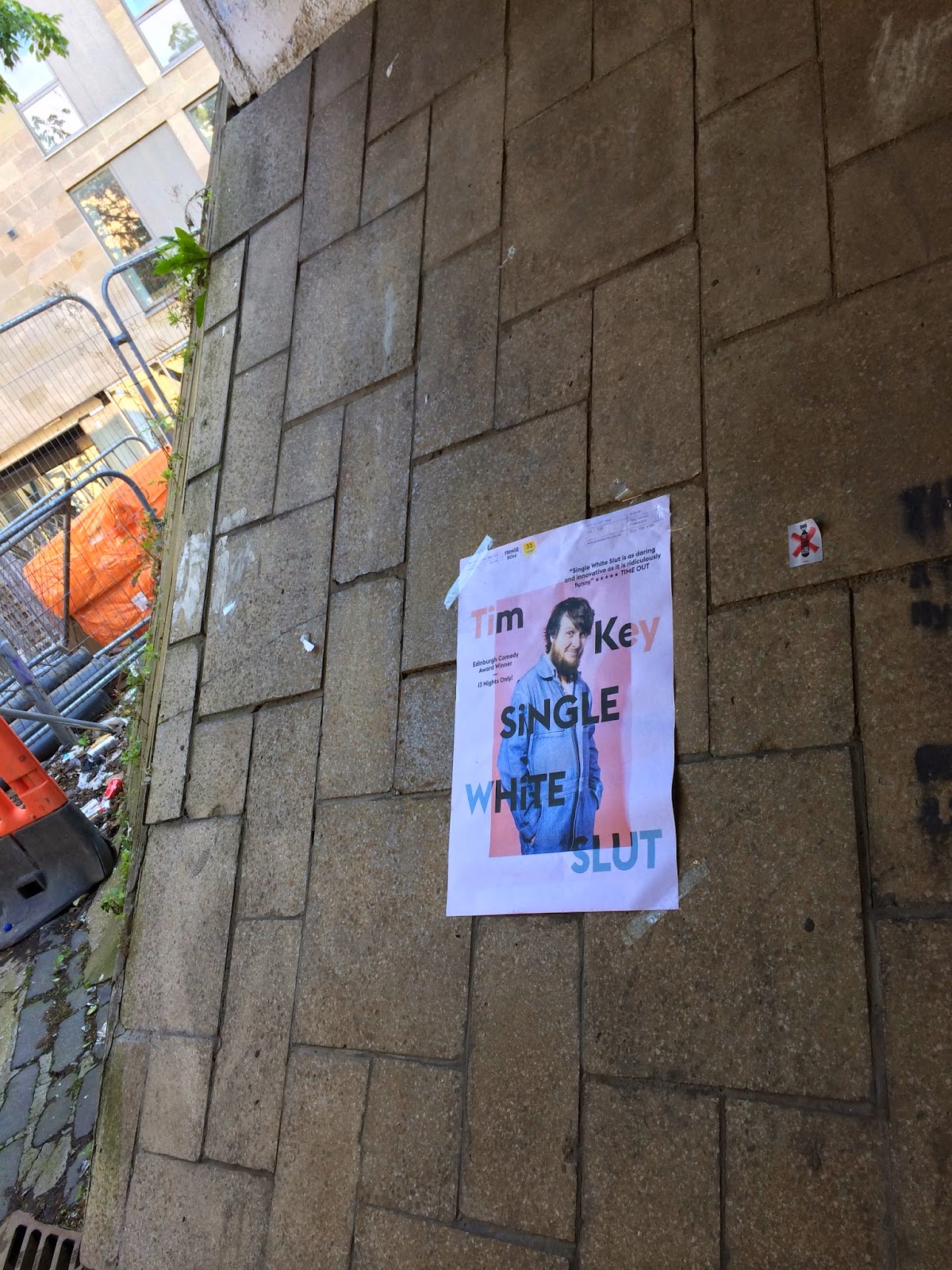 Nothing says star comedian off the telly like a great poster campaign. Tim Key in an underpass.

Not saying it's windy but.... @thetimes & @sundaytimes booth just blew down the street & collapsed.

I just learned the techs in my venue are working 22 HOUR DAYS. Any acts wanting to tell us how tired they are, take note.

Good news: finally found this week's @BeanoComic in Edinburgh (Canonmills). Bad news? I'm not bloody in it this week!

Christina Aguilera's given birth. Didn't even know she was in the Mickey Mouse Club.

Aug 19: Ha ha. Just remembered I came up to Edinburgh 3 weeks ago, and brought shorts with me. Ha ha ha.

Watching #bbcbreakfast I've just realised who the MP was that I flyered the other day - it was only blooming Philip Hammond! 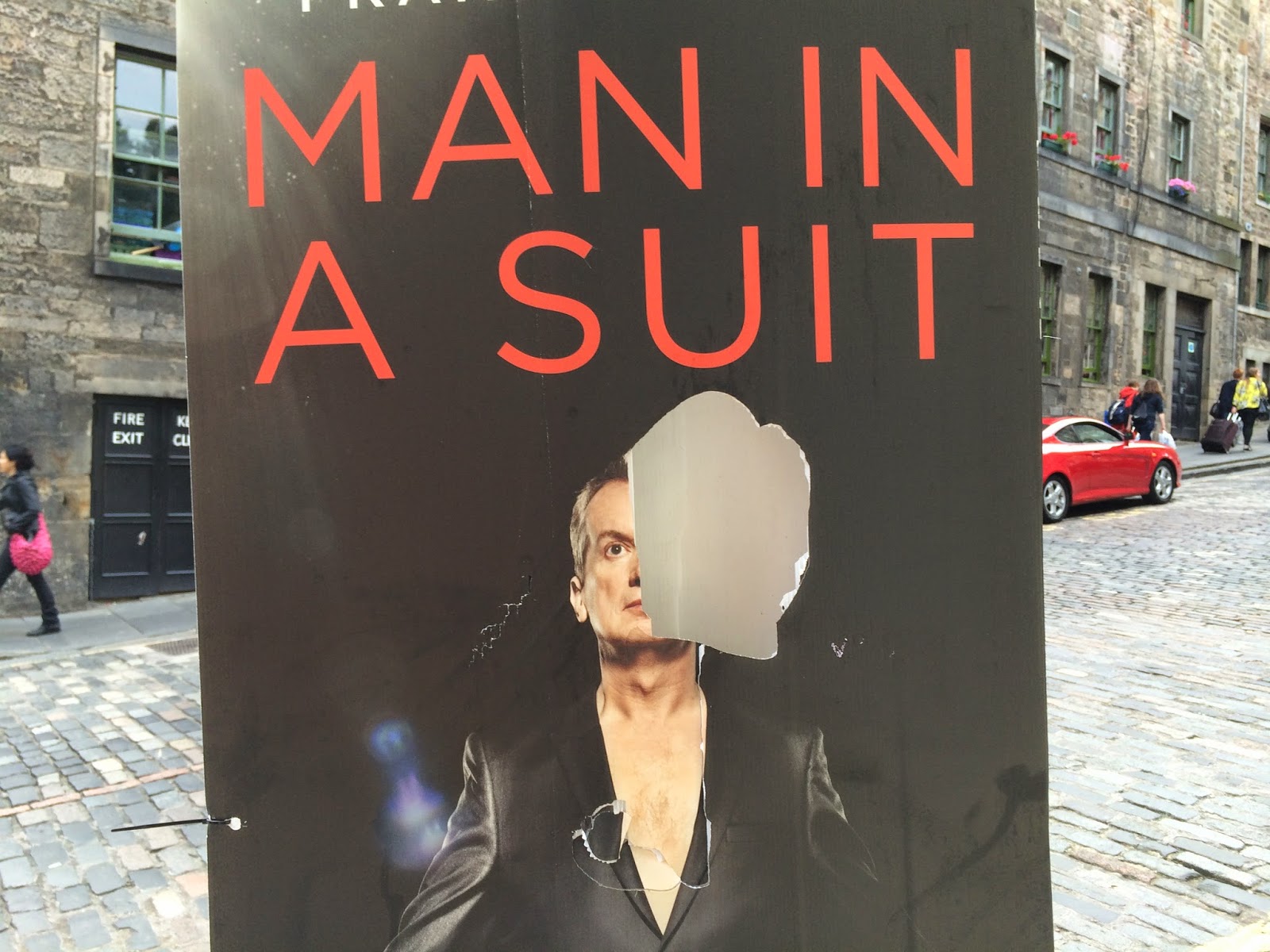 Aug 20: When it comes to resisting punching Avalon comedians in the face, three weeks is clearly too long.

#Edfringe Is: Discovering a quarter of your audience are Swiss. And 2 are German. Show got a lot funnier after we worked that out tonight.

Focus of the Edinburgh @ComedyAwards widens. Only 8 out of the 13 nominees are on at @ThePleasance this year. #thereareothervenues