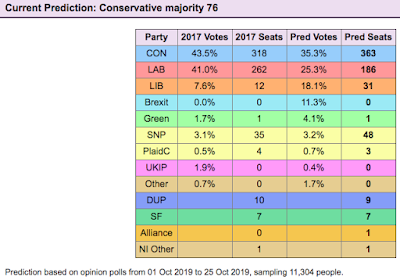 Posted by Scottish Falsetto Sock Puppet Theatre (and Kev F the comic artist) at 08:52 No comments: 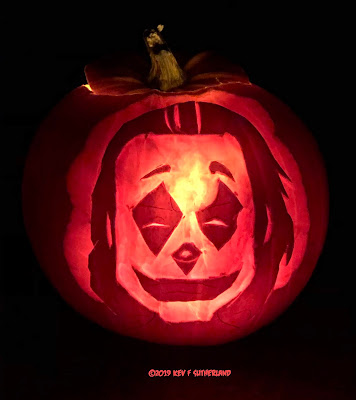 The first, and most likely last, Halloween pumpkin to be carved at the old family home in Kibworth, where Heather and I are staying as we sell off furniture on eBay, here's 2019's effort from Uncle Kev, Joaquin Phoenix's Joker (the film of which I've not seen yet).

This has tended to be quite a busy time in previous years, resulting in me having failed to make a pumpkin on two out of the previous three years, but it's worth it when you can do it. And guess what, it doesn't take that long either.

It joins a collection of my past triumphs, some of which are assembled here. Not every year can be 2012's Jimmy Savile, but I do my best. 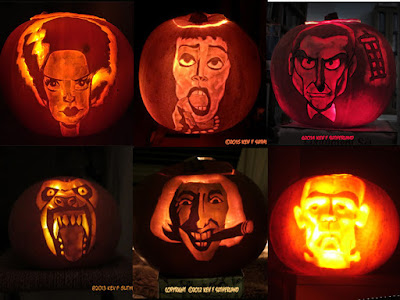 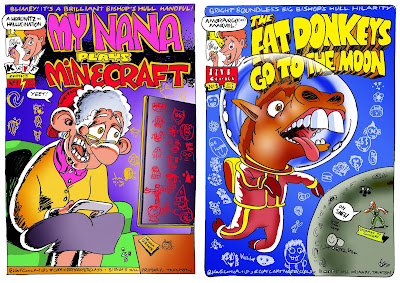 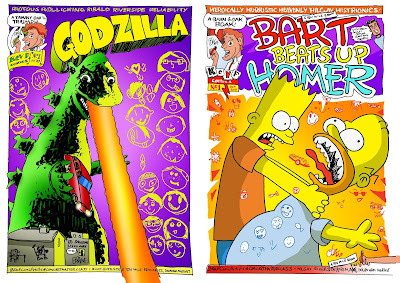 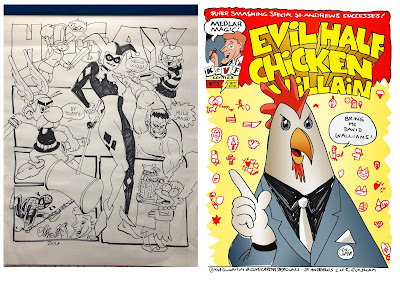 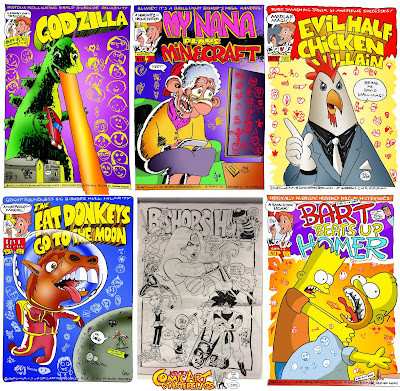 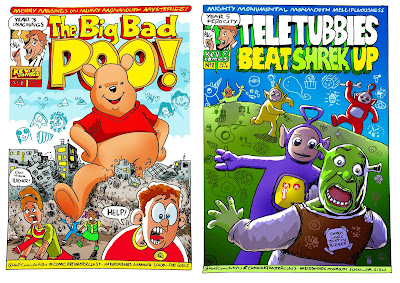 The school term's up and running and, after a quiet month, my Comic Art Masterclasses began in earnest in the past week. The first full days in school were two days at Haberdasher's Monmouth School for Girls, prep school, the second of which threw up these, my two favourite front covers of term so far. The Year 3 class was so small I had ages to draw Winnie The Pooh demolishing a city. The Year 5 class, by contrast, was larger than I usually agree to (40 kids), but we had time enough, and the end result was grand. 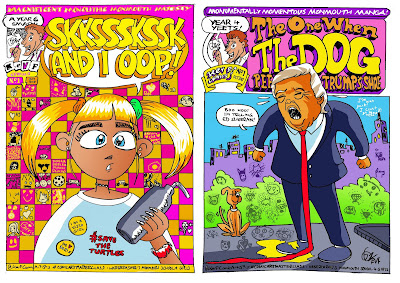 The Year 6 class at Monmouth introduced me to the concept of Vsco girls, and their catchphrase "Ssskkk and I oop". No, me neither. Having researched this a bit, as the teachers had to do too, it seems to be something like the Valley Girl caricature of the 80s, and girls perform parody versions of this character on Youtube and an App I've not come across called Tik Tok. I'm sure, in years to come, my unfamiliarity with Vsco girls will make me seem as out of touch as a High Court Judge, but there we are. 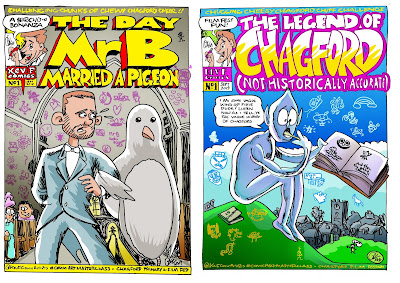 The Chagford Film Festival, last week, brought me down to the wilds of far flung rural Devon where I did an afternoon class at the village school, followed by an evening class in the local hall, both of which were great fun. The evening class was a mix of kids and adults, and one of those ones where there's no photocopier so, sadly, they didn't get a comic to take away, but made all the components all the same. 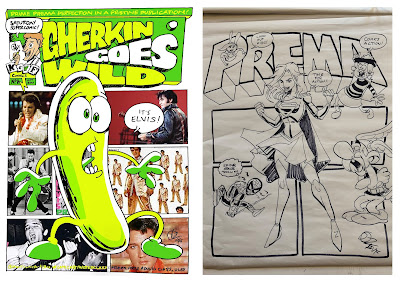 Prema Arts in Gloucestershire, where I've done quite a few classes now, had decided this time to restrict the class to adults and to charge the highest ticket price yet (an eye watering £25 I believe). Probably coincidentally I had a class of just four, who made a fine end result between them. Bizarrely they all seemed way better qualified than me, with one already being a childrens book illustrator, one a costume maker for movies and TV shows, and one a model maker and animator who's worked for Aardman and is now studying illustration, so I hope my class was able to add to their wealth of knowledge. They seemed happy. 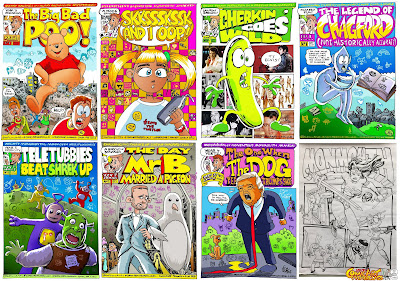 The celebrities these seven groups chose to star in my demonstration strip were Tina Turner (bizarre choice from Year 3 pupils there), Boris Johnson, Elvis Presley, Ed Sheeran (twice), Justin Bieber, and their teacher and cover star Mr B.