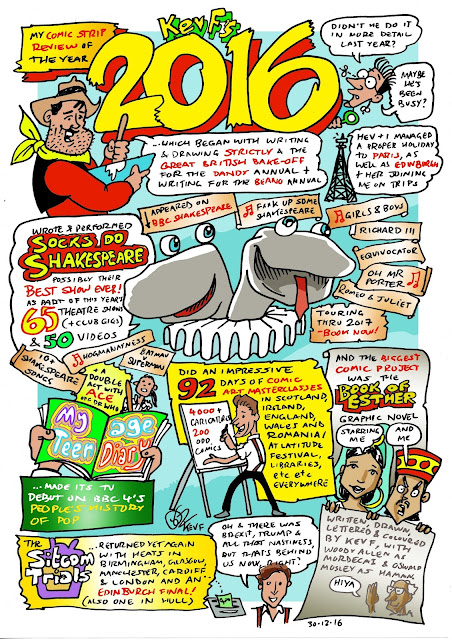 My traditional comic strip review of the year had to be drawn. And, though I seem to be a bit busier at this end of the year than usual (I'm dashing off for the final Socks gig of the year tonight in Reigate, and we're just back from our second visit to Kibworth in a week, inbetween which was a visit to Bodelwyddan, and Christmas itself), I've managed to get it done.


Other notable high and or low points of 2016 include a cancelled flight and an entertainingly delayed and diverted flight (you had to be there), and Mum's 80th birthday. Brexit and Trump occupied a lot of thought but how does it impact my life? Maybe we have to wait till 2017 to see. The biggest thing I've omitted is that Hev was rushed to hospital with an infection that had come dangerously close to blood poisoning. Luckily that was got through, and a few things have changed since, but I didn't put it in my rather vain review of the year, maybe I should have.

I travelled a lot, but I've done this so much now, that it hardly even seems remarkable at the time, let alone at the end of the year.

The Peoples History Of Pop stuff was fun, even if only a minute of me made the BBC 4 screen. I did a long interview in front of the Conan mural in my old bedroom for BBC East Midlands Inside Out which seems to have been binned, but I got mentioned in the Telegraph. So there's that.

I redesigned most of my website, using Wix, and got my adsense account back (since which I've earned an average of 1p a day, whoopee).

The creative explosion that ended up with Socks Do Shakespeare was something I'm very proud of. This year The Now Show dropped Mitch Benn - Earth's best parody songwriter - from its roster and replaced him with a different person each week, almost every one of which made me realise how bloody good I am at this. The Shakespeare parody songs I wrote, mostly in April, only a couple of which ended up in the show, the rest of which comprised the audience-in music and some slightly-watched Youtube videos, are all bloody good. Watch them and tell me if I'm wrong.

Here's the table of stats that give all the more insight into a fascinating year I'm sure you'll all agree. (In short, I did the same as I do every year, and lots of it).


Here's to an equally unpredictable 2017. Here, should you be interested, are the previous comic strip Reviews Of The Year I've drawn... 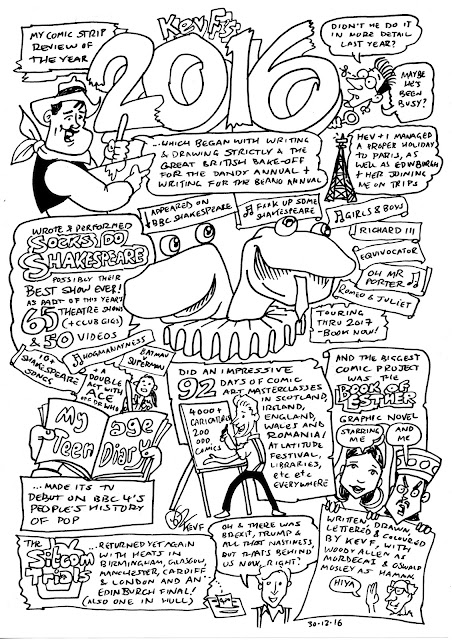 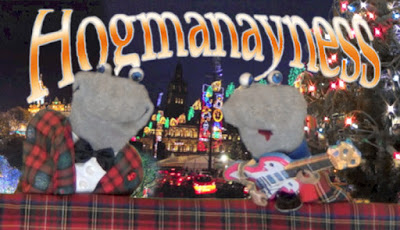 Click to play the Socks' latest new composition, one I'm rather pleased with, Hogmanayness. Written and recorded on Boxing Day, I uploaded a first draft version of the video to Youtube that night, then managed to finish the better version the next day. I do hope you like it.


Some people who seem to have enjoyed it have already retweeted it. Not that I want to be tripping over dropped names here but, coughs modestly, retweeted by Ian Rankin and Val McDermid. Yes, be impressed.

Posted by Scottish Falsetto Sock Puppet Theatre (and Kev F the comic artist) at 13:19 No comments: 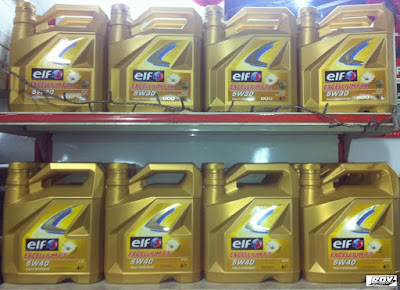 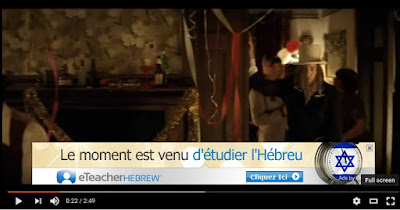 So, I watch Bob Dylan singing Must Be Santa, Google Ads decide I want to learn Hebrew. In French. Those algorithms. https://www.youtube.com/watch?v=a8qE6WQmNus 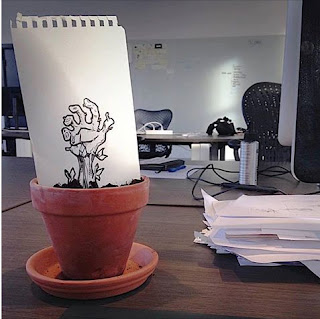 Wow, just been blocked by someone called Nick Price (fellow comic, I thought) when I called him out for nicking other peoples photo art and re-posting it on Facebook without credits. I know he'd reappropriated some work by Vincent Bal. But I don't know who the other artists are. Nick replied claiming that he had definitely done these himself. Had he?

The hand-plant is by an artist called Troqman. It appears on his facebook page, with lots of similar works on his website.http://www.troqman.com/