Attack On Trump - comics by pupils in Bucharest 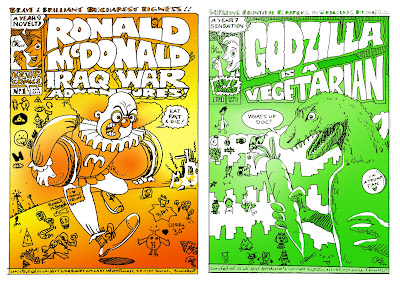 This week I had the pleasure and privilege of being invited over to the British School in Bucharest, Romania, to teach my Comic Art Masterclasses. Only two days, a whistle stop visit, but a treat and a delight. Working with year 7, 8 and 9 we produced some wonderful comics together, and we discovered they had one thing in common, a fascination with Donald Trump. 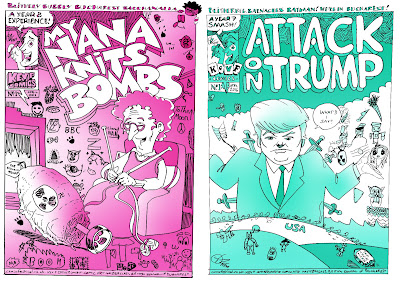 When I asked them, as I always do, to suggest a celebrity who I can draw in my demonstration strip, three out of the four classes chose Donald Trump. And, not to feel left out, the fourth class, who chose Tom Cruise to step on the worm, chose Donald Trump as part of the title of the comic they produced. It makes a change from Simon Cowell. 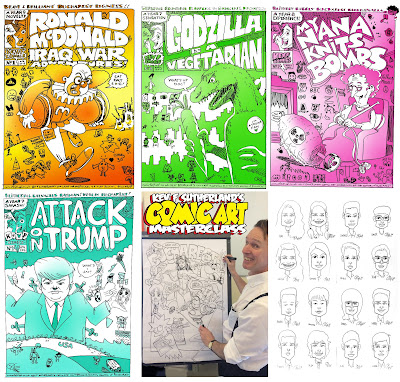 Kev F Sutherland, as well as writing and drawing for The Beano, Marvel, Doctor Who et al, runs Comic Art Masterclasses in schools, libraries and art centres. After a morning or an afternoon every pupil goes away with a photocopied comic containing a strip by every single one of them, and an individual caricature by Kev F. Please email for details, and follow him on Facebook and Twitter. View the promo video
Posted by Scottish Falsetto Sock Puppet Theatre (and Kev F the comic artist) at 12:50