My diary in the Sunday Telegraph 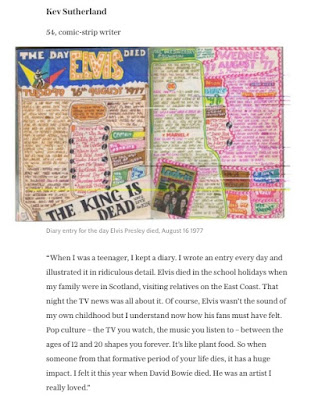 Check me out, occupying a paragraph and a photo in today's Sunday Telegraph. It's an article about the BBC's Peoples History Of Pop, for which I've been interviewed five or six times now (once on Radio Leicester, once on Radio Bristol, once for BBC East Midlands Inside Out, once for the Peoples History Of Pop TV show itself, and now twice for the Telegraph, with the two phone conversations yielding a meagre paragraph which conveys little but was fun to do.