What Are Those? They're comics by kids in Switzerland and Snape 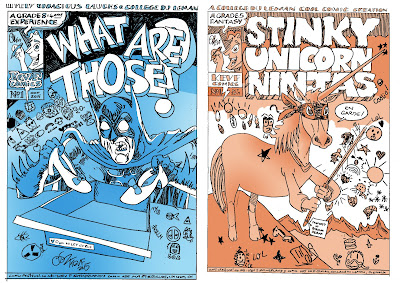 This week I have mostly been doing an incredible amount of travelling in order to teach kids how to do what I do. Firstly driving to Snape in Suffolk to take part in the Flipside Festival on the Sunday, then flying to Switzerland on the Monday to spend two days in schools there. Above you see the work of pupils in College Du Leman in Versoix, a suburb of Geneva. 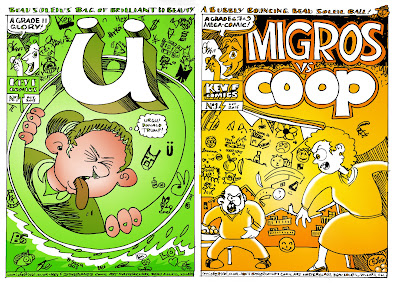 And here we see the work of the pupils at Collège Alpin International Beau Soleil, which may well be the most exclusive and expensive school I've taught at. It's certainly the furthest up a mountain, with a stupendous view of the alps, based in the village of Villars-Sur-Ollon where every building is made of wood and adorned with balconies and shutters as if to out-Swiss itself. I know that's what's Switzerland's supposed to look like, but I was genuinely surprised to find how much it did. Every building a cuckoo clock. 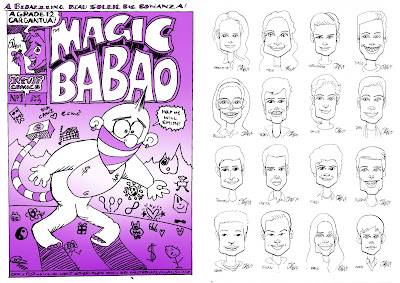 I was teaching teenagers and, no matter how rich they are (and this school costs 100,000 Swiss Francs a term to attend, so we can conclude they're pretty well off), they come up with the same range of in-jokes and gags that they find hilarious and which no-one else can penetrate. I still don't know if the word Babao is in some way offensive or just random. Migros and Coop, by the way, are the two biggest local food stores, and Ü is how you'd write the word "ugh" with umlauts, apparently. 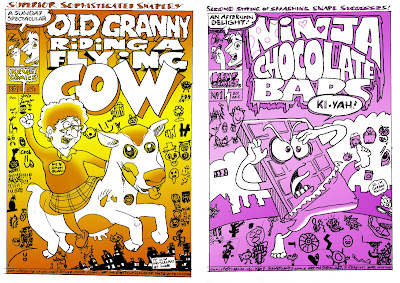 And here we see the work of the good children of Snape in Suffolk, whose Sunday classes were part of the Flipside Festival. These 7 groups, when asked to choose someone for my "treads on a worm" demonstration strip plumped for Simon Cowell (that was Snape, he didn't figure in Switzerland), Gordon Ramsay, Will Smith, Vladimir Putin, Donald Trump, Miley Cyrus and Barack Obama. 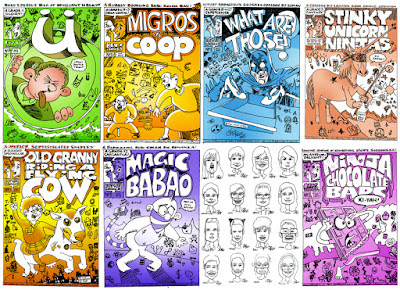 NB: Beau Soleil, according to this table, is the second most expensive private school in the world, costing twice as much to attend as either Eton or Harrow. I really could have charged more.

Kev F Sutherland, as well as writing and drawing for The Beano, Marvel, Doctor Who et al, runs Comic Art Masterclasses in schools, libraries and art centres - email for details, and follow him on Facebook and Twitter. View the promo video here.
Posted by Scottish Falsetto Sock Puppet Theatre (and Kev F the comic artist) at 16:26