You think you know Bananaman, the Beano comic superhero who's lined up for his own major motion picture? Then peel your eyelids back and check out the Top 10 Bananamans I just found online. 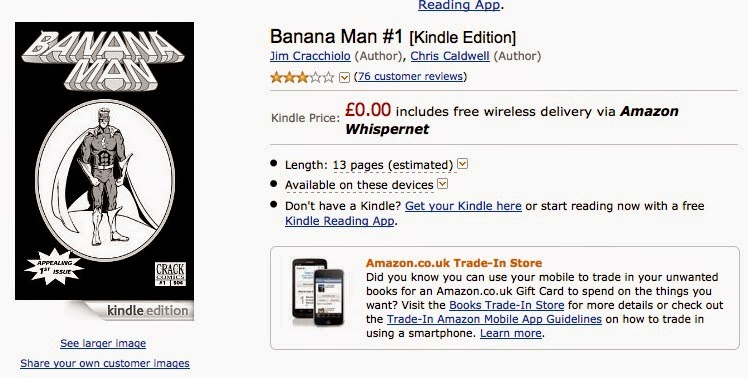 10 - An American indie comic hero called Bananaman. Either the creators have never heard of the British original or they're pushing their luck big time. This is on its 5th issue at least, all available on Kindle. 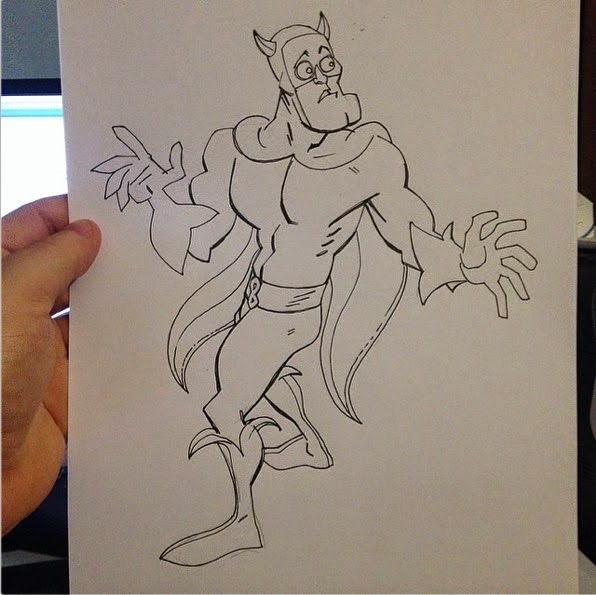 9 - PJ Holden of Judge Dredd fame drawing the Man Of Peel. Can I just get my dibs in now? If Paul wants to draw him, I sooooo want to write it! 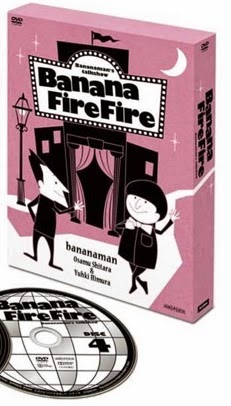 8 - The Japanese Bananaman, which appears to be a comedy double act with a talkshow. You buy the DVD for £48, and you tell me all about them. 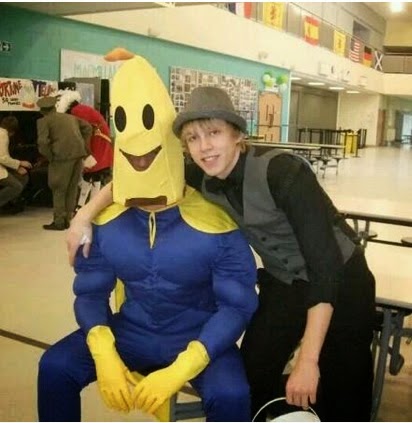 7 - Bananaman... in Pyjamas? Oh come on @shaun_hazlenut, don't mess with a classic. What next, Superman with a Tellytubbies head on? (Mental note, that might work. Tinky Winky, Dipsy, La La and Jor El...) 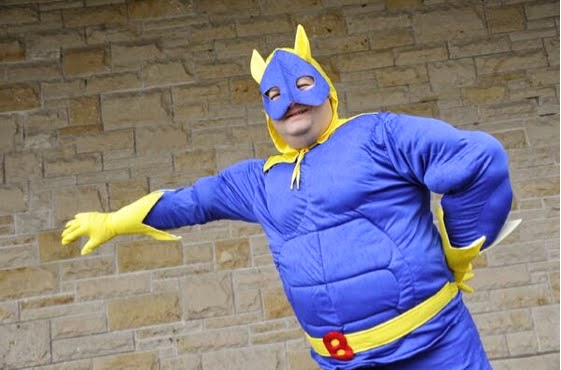 6 - A Bananaman whose diet has not been restricted to bananas. Via @NScot_csaund 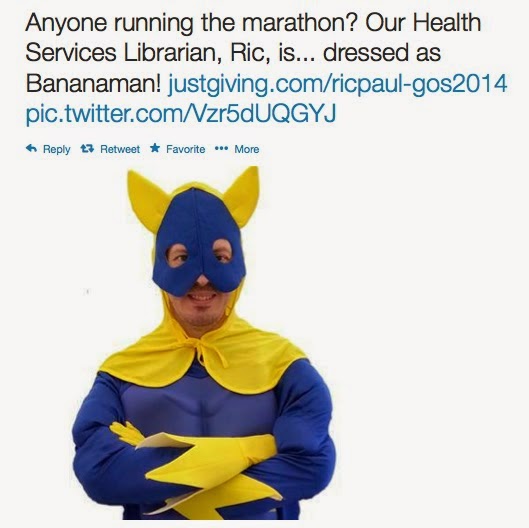 5 - The University of Southampton's librarian, running a marathon as Bananaman 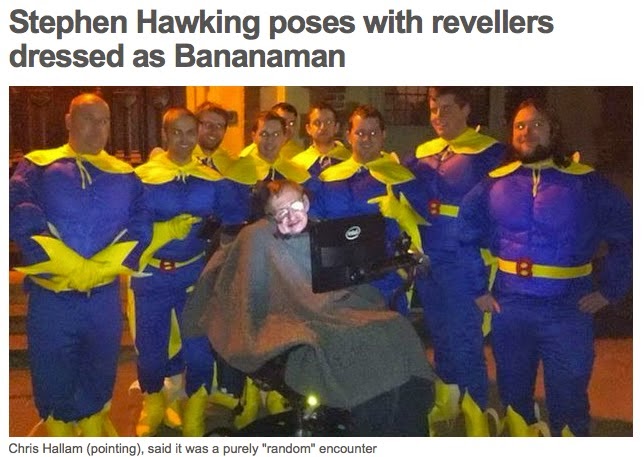 4 - Professor Stephen Hawking and a stag party of nine Bananamen, a photo which went on to become a Bananaman strip, of course 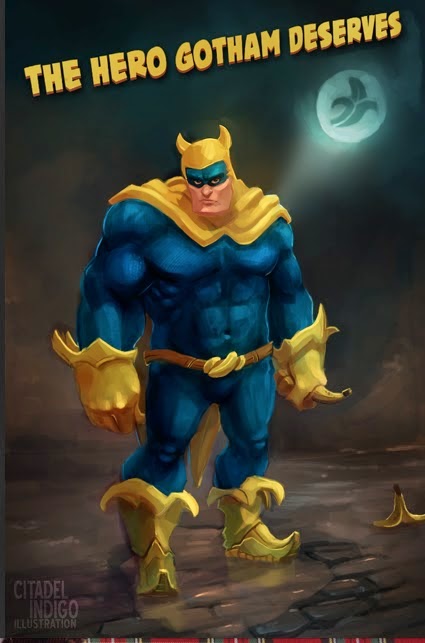 3 - Concept artist Michael Doig's take on Bananaman, which is quite brilliant isn't it? 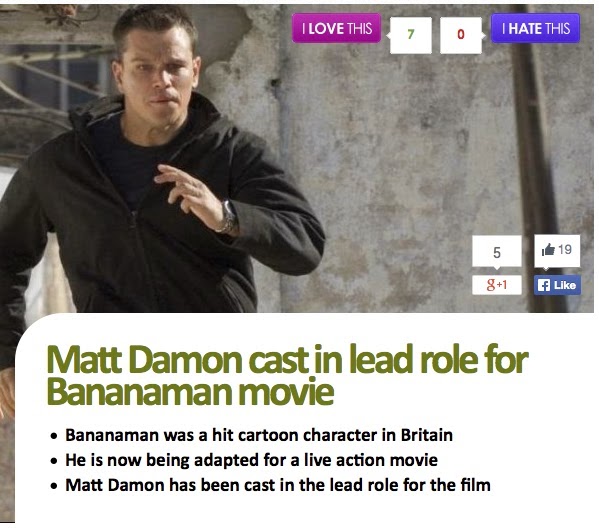 2 - Matt Damon, starring in the Bananaman live action movie. I was really starting to wrap my head around this concept. Then I saw the date this story was posted. 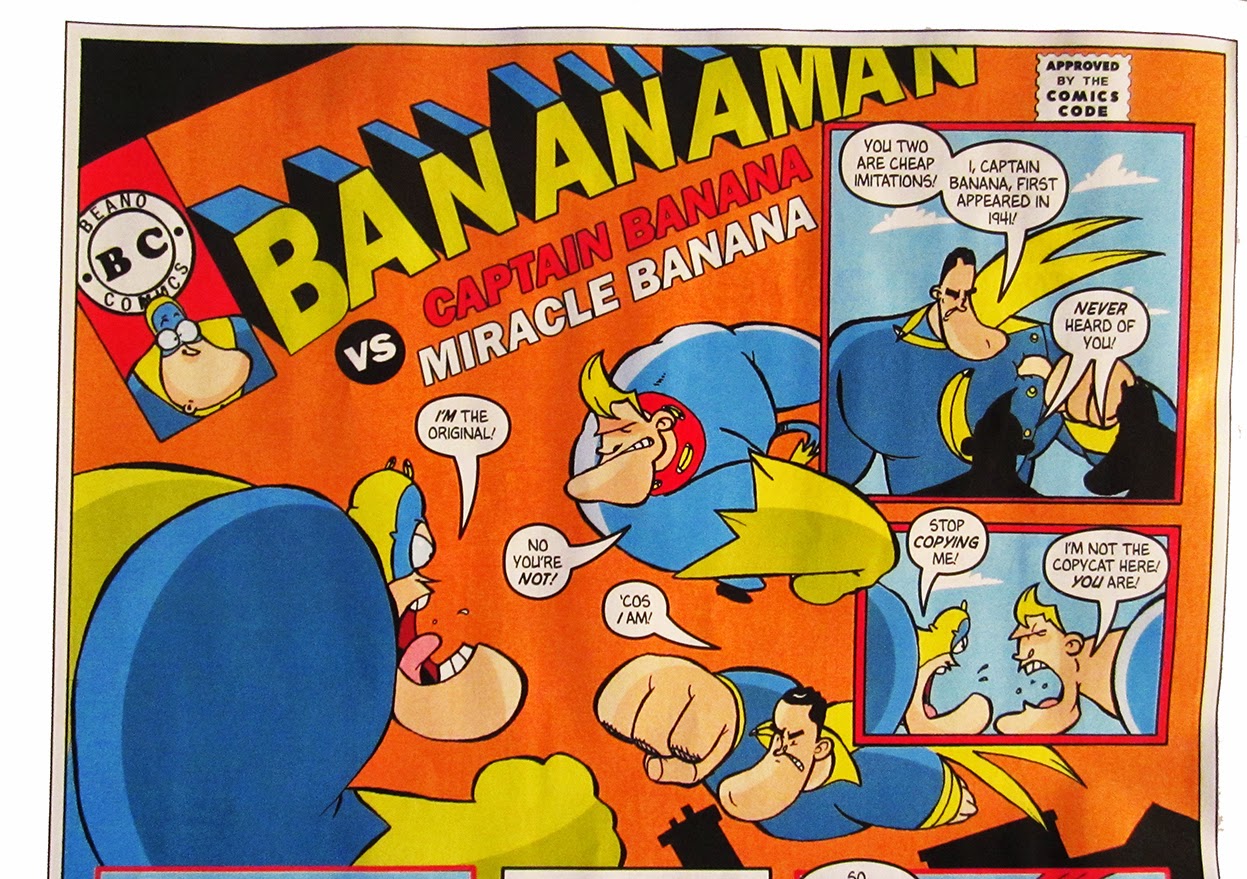 1 - Us, of course. It's art by Wayne Thompson (who's been drawing the strip since it was in The Dandy, along with a number of writers, and with whom it's been a privilege to work, long may it last), script by me in the weekly Beano. In this excerpt Bananaman faces off against Miracle Banana and Captain Banana in a big copyright battle.

Kev F Sutherland, as well as writing Bananaman in The Beano, runs Comic Art Masterclasses in schools, libraries and art centres - email for details, and follow him on Facebook and Twitter. He's been writing and drawing comics for 25 years, he must know something.
Posted by Scottish Falsetto Sock Puppet Theatre (and Kev F the comic artist) at 18:01