In Kev F's Comic Art Masterclasses in schools and art centres nationwide (and beyond, in the past year he's taught from Dublin to Toulouse) he draws on his 25 years as a comic creator for The Beano, Marvel, Doctor Who et al to teach pupils how to write and draw comic strips. Everyone takes home a comic containing the group's strips and a caricature by Kev. The titles of these comics are invented by the pupils in the group, here are the 71 most recent comics, in ten batches... 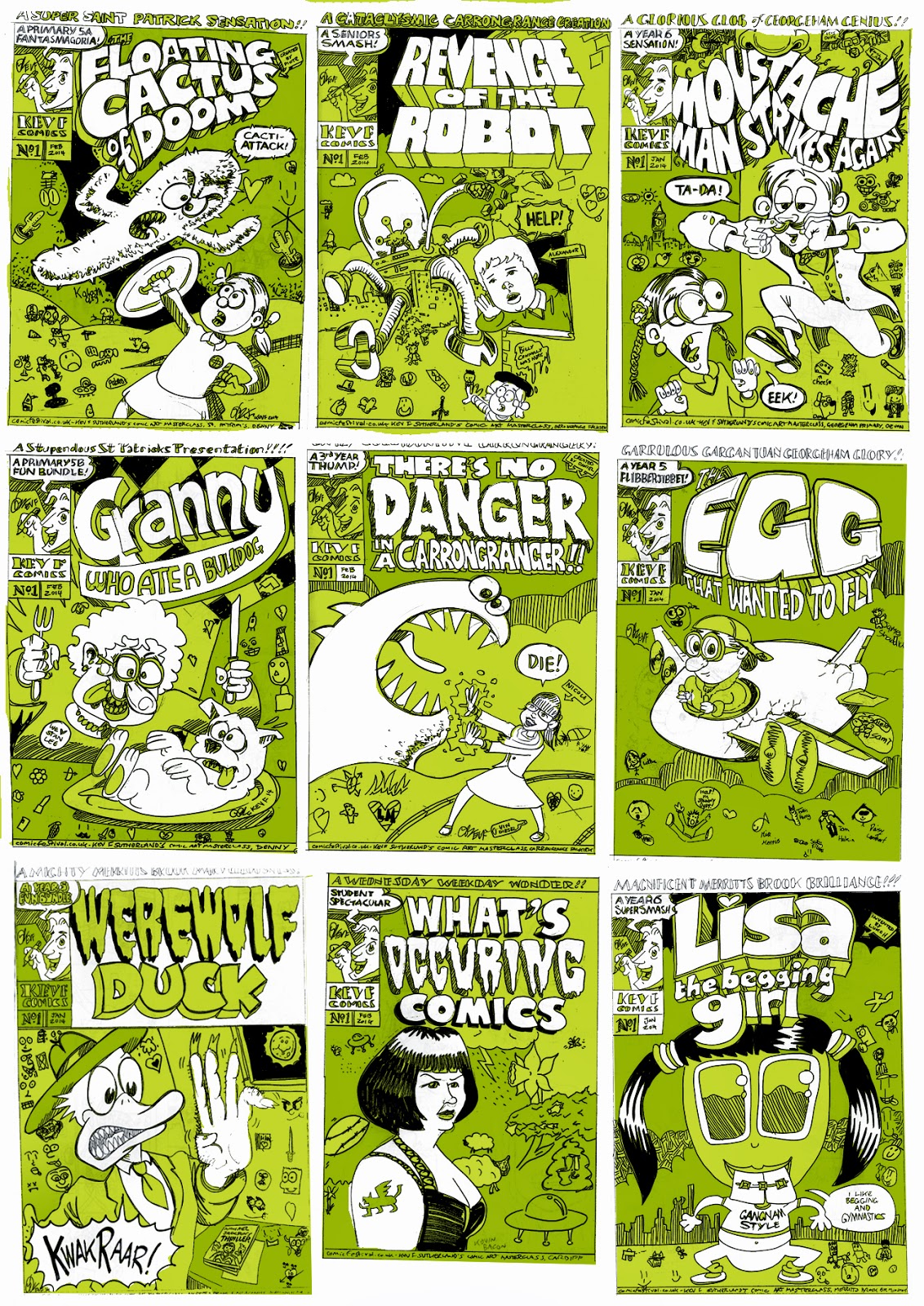 10 - Floating Cactus of Doom & other comics, from pupils in Falkirk, Birmingham, Devon and Cardiff 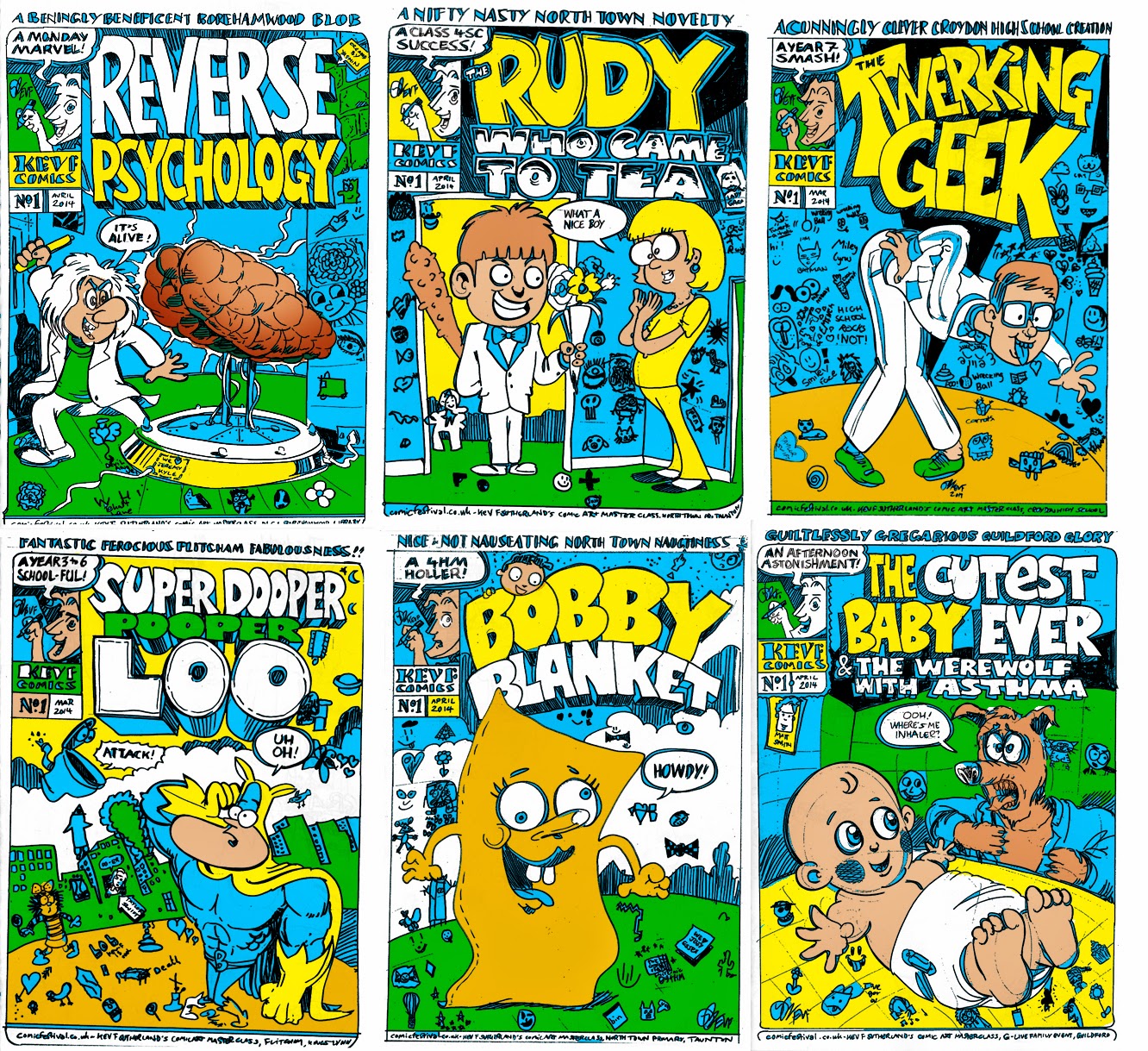 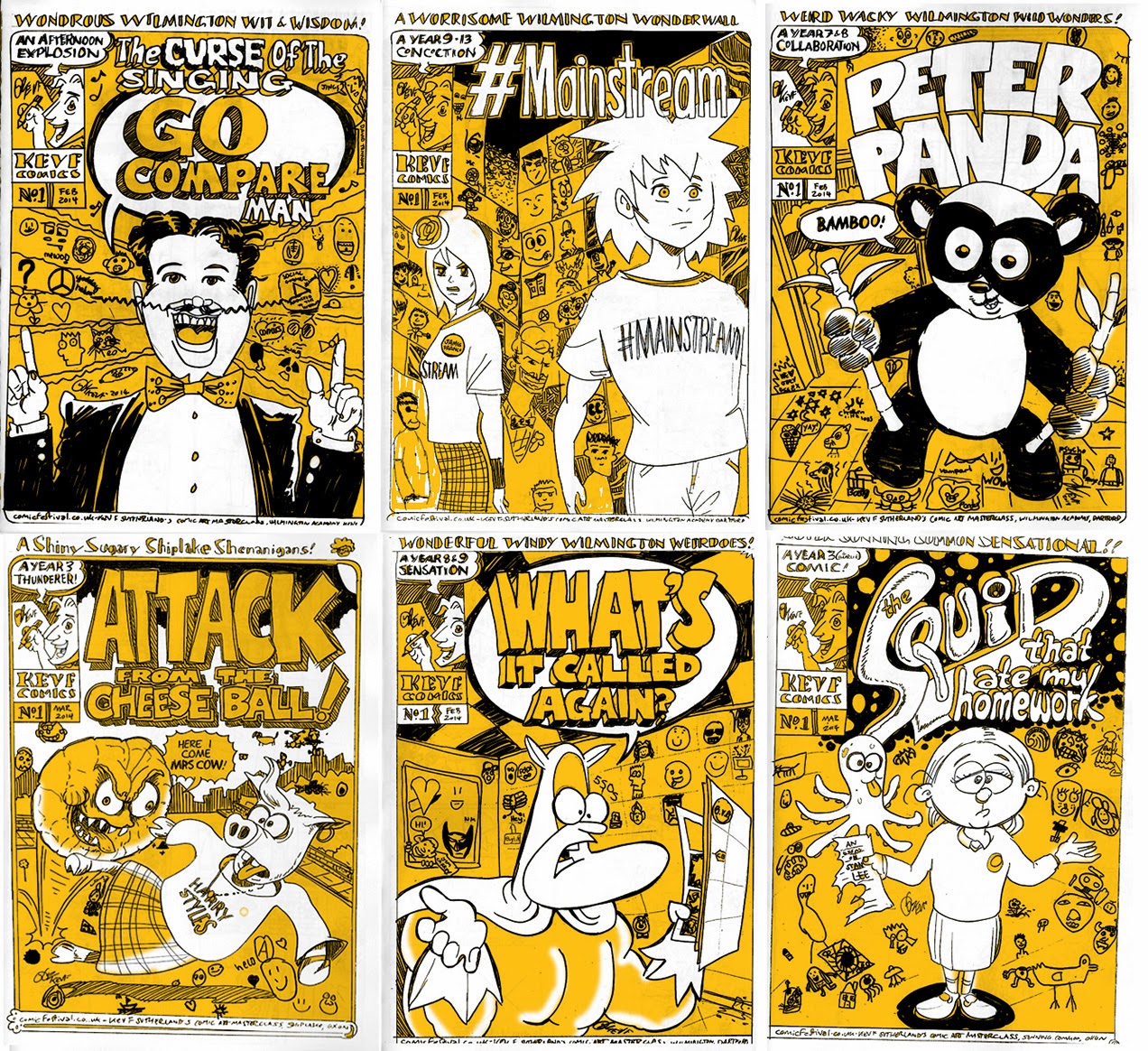 8 - Curse Of The Singing Go Compare Man & other comics, by kids in Kent and Henley 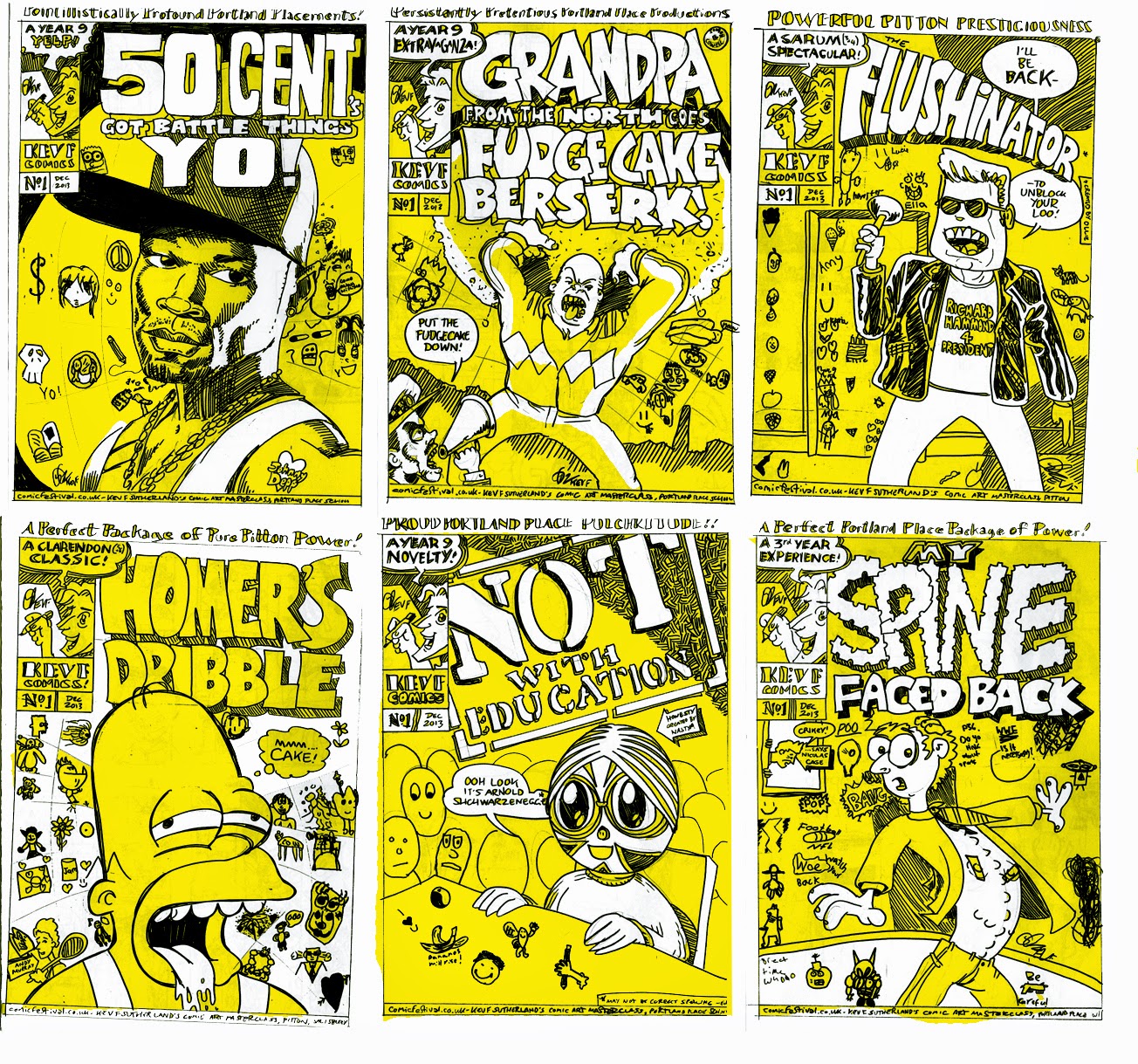 7 - Grandpa From The North Goes Fudge Cake Berserk & more, by pupils from London and Salisbury 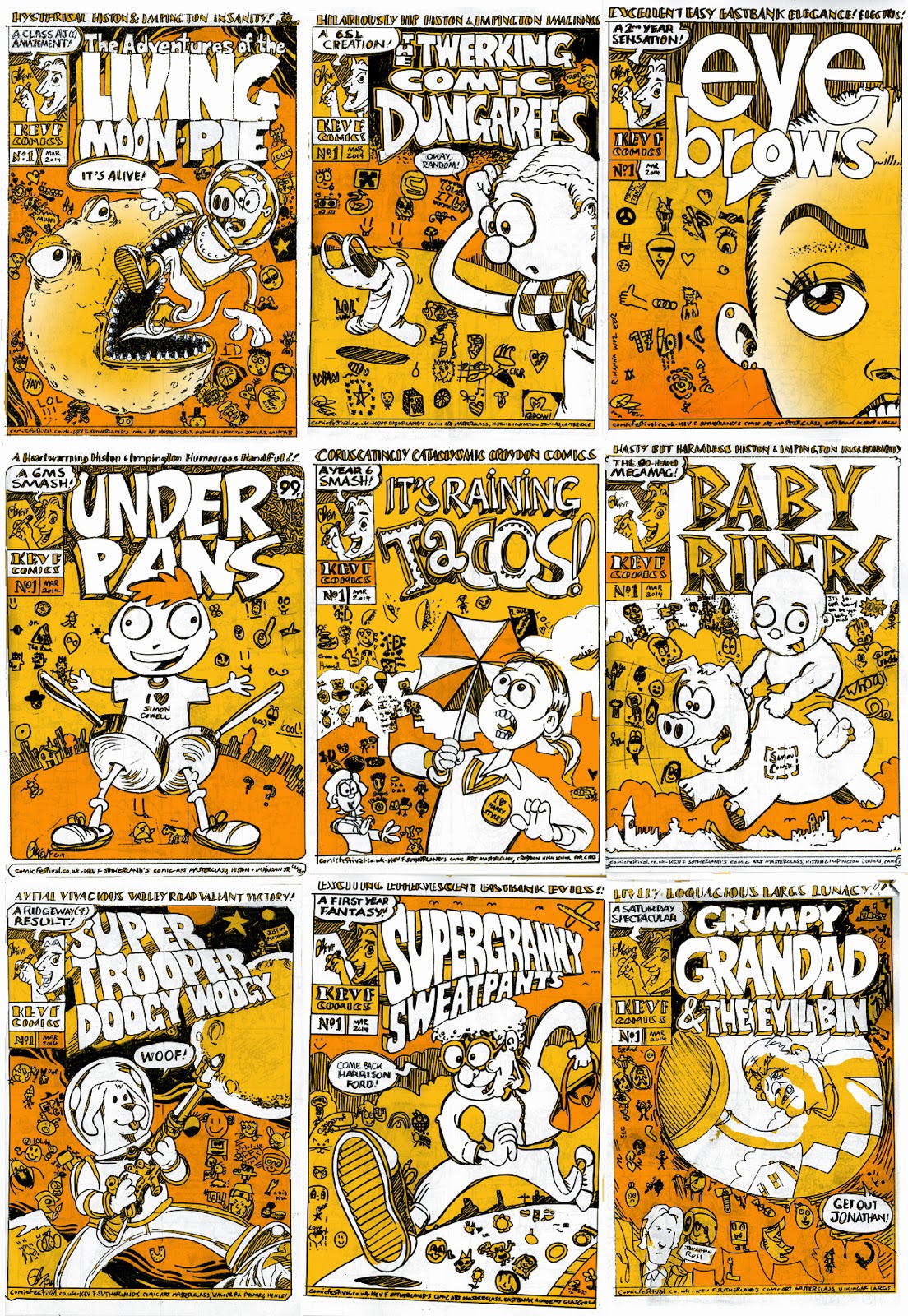 6 - The Living Moon Pie, Supergranny Sweatpants and Under Pans - hilarious titles by pupils from Cambridgeshire, Glasgow, Croydon, Largs and Henley On Thames. 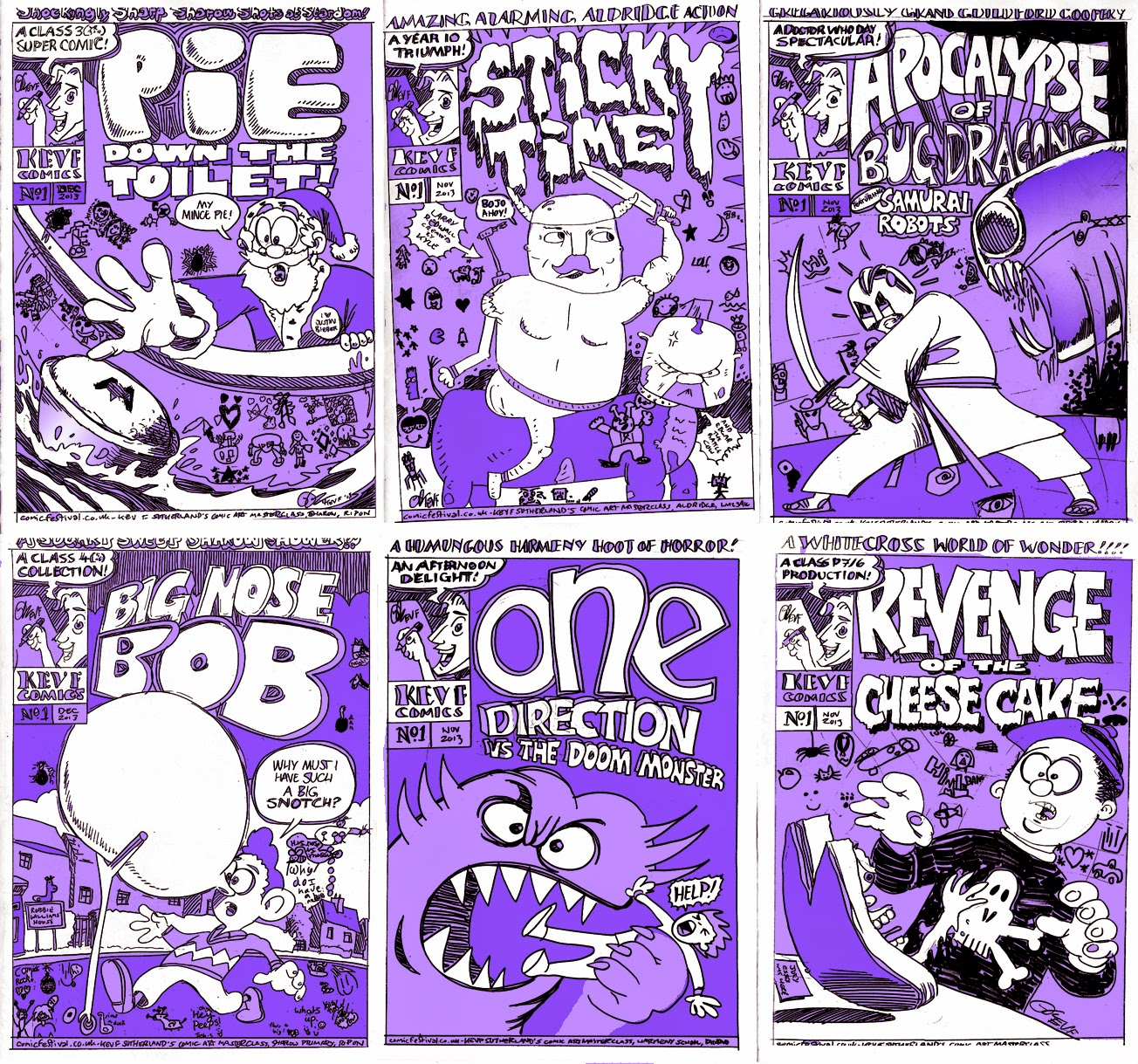 5 - One Direction vs The Doom Monster and more, by pupils in Falkirk, Grangemouth, Edinburgh and Ripon. 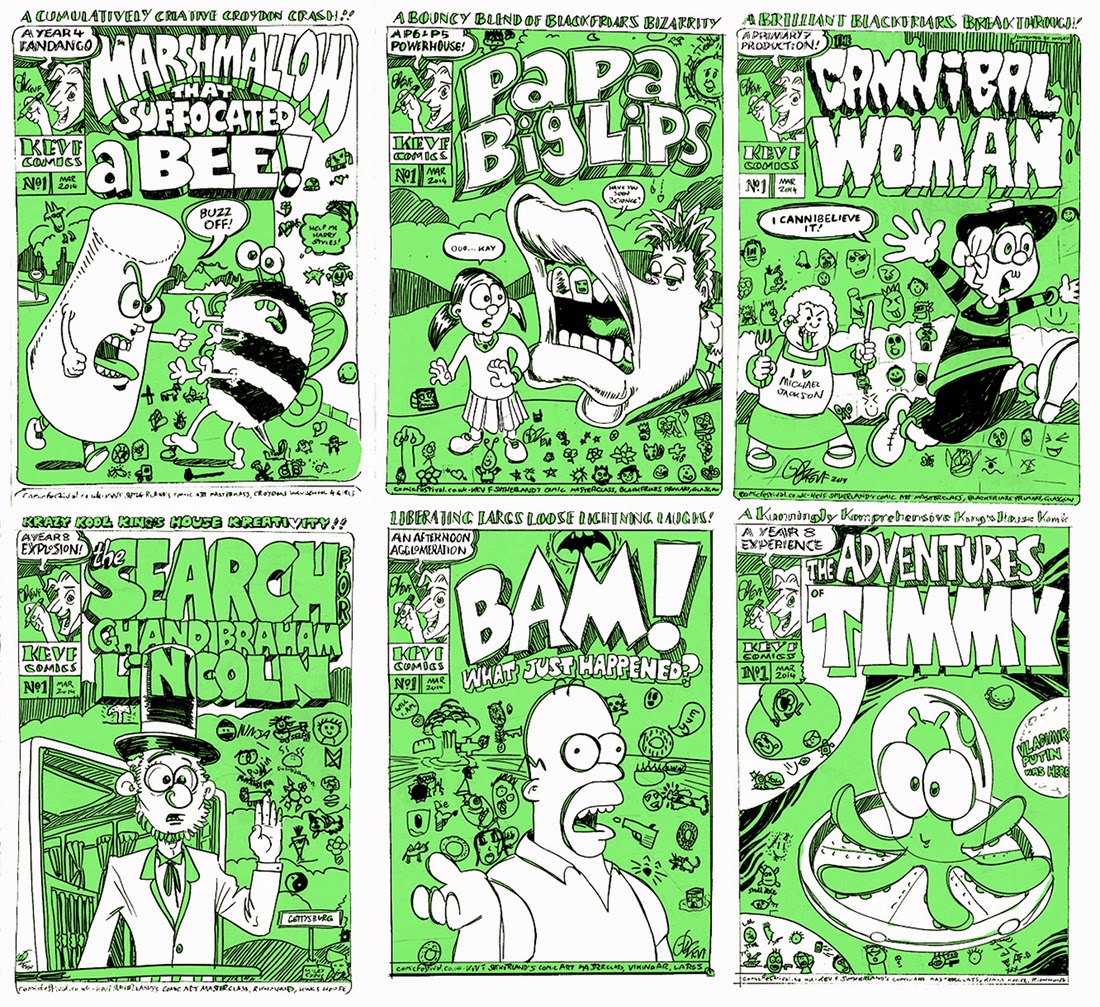 4 - The Marshmallow That Suffocated A Bee and more, by kids in Croydon, Richmond, Glasgow and Largs. 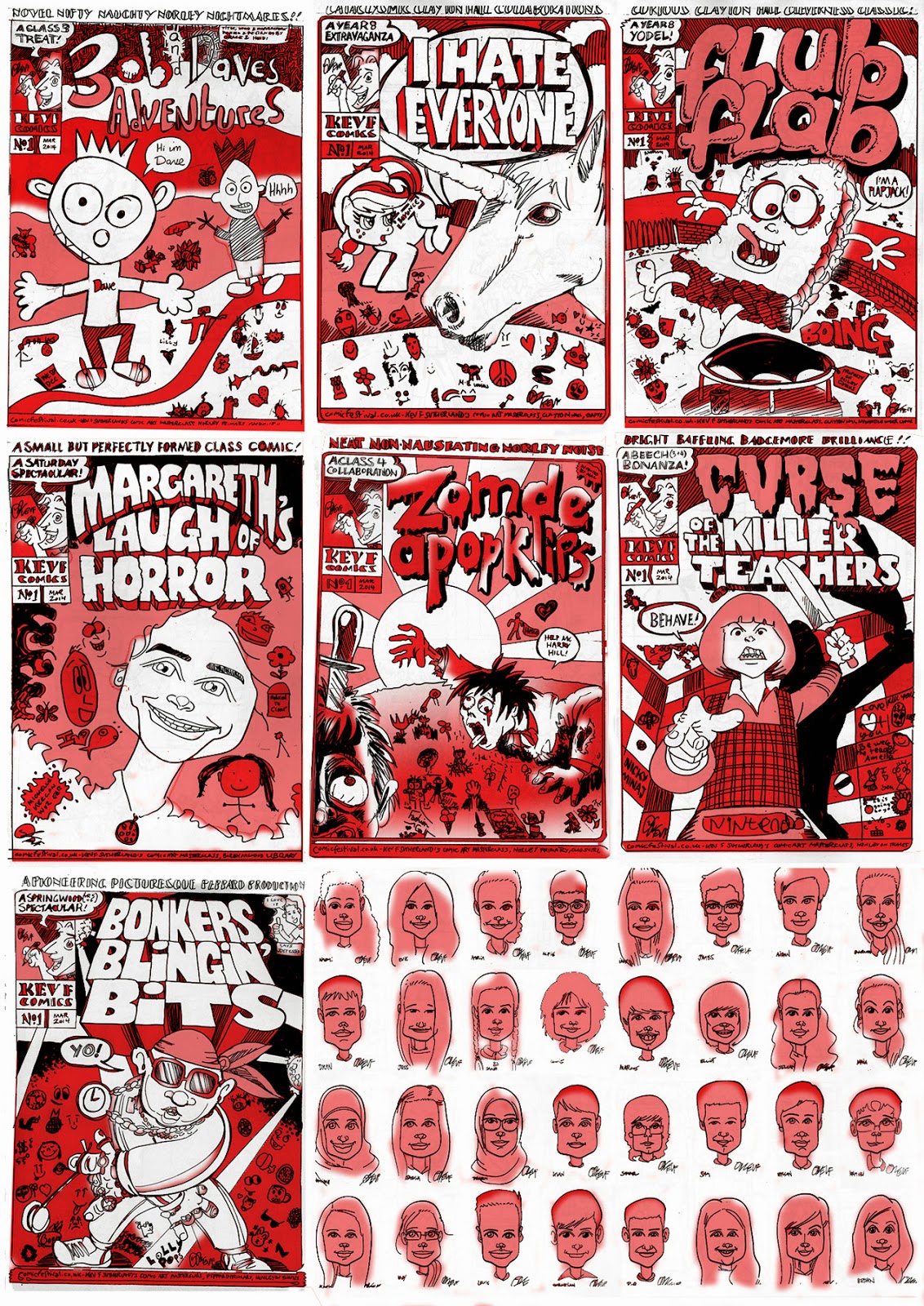 3 - Bob & Dave's Adventures and more, by kids from Cheshire & Staffordshire to Hertfordshire and Buckinghamshire. All the shires represented here. 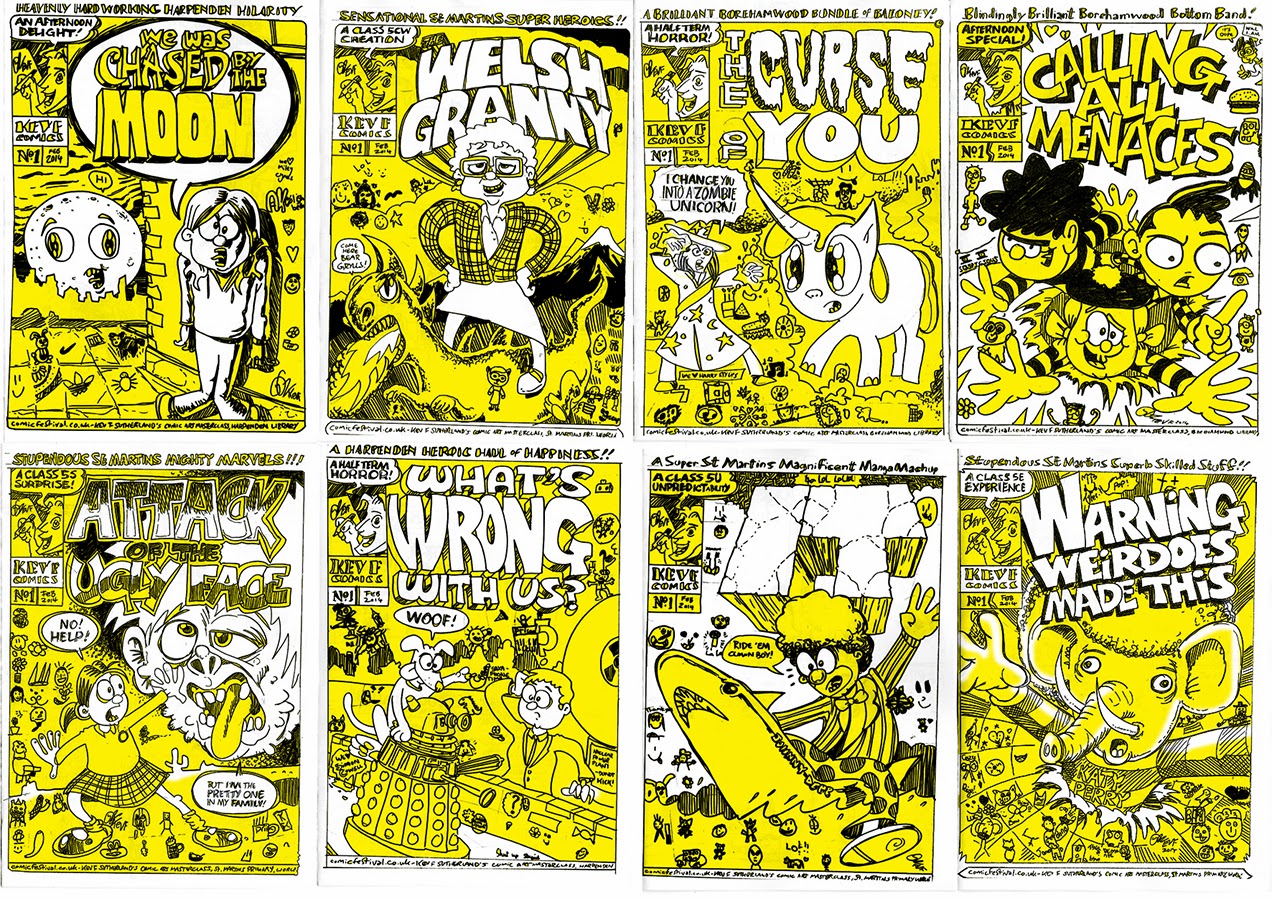 2 - We Was Chased By The Moon & other comics, by kids from Hertfordshire and Weston Super Mare 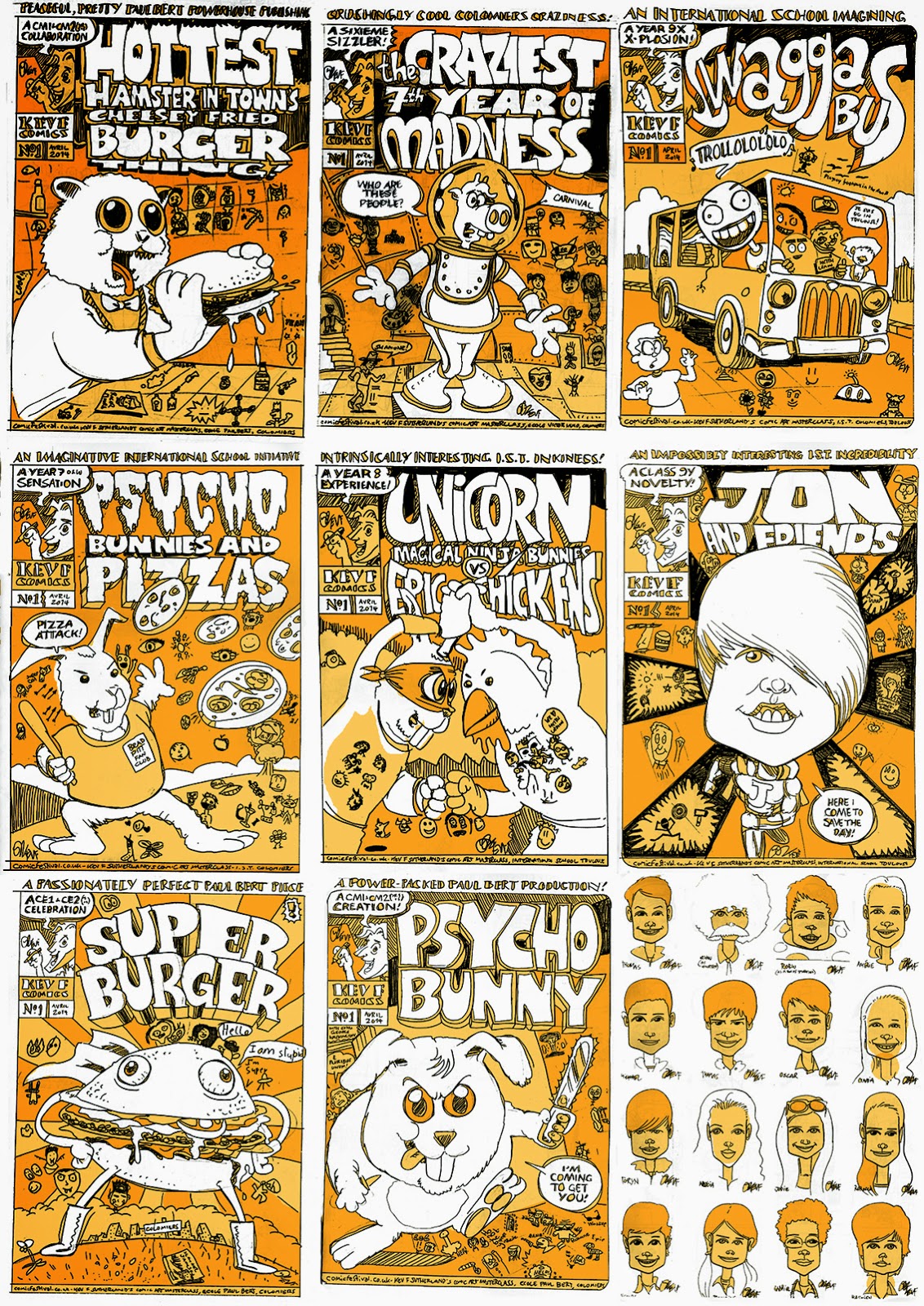 1 - Psycho Bunnies, Hottest Hamsters and Epic Chickens - this year's most far-flung comics, created by pupils in English language schools in Colomiers near Toulouse in France.