The Goodies in this week's Beano 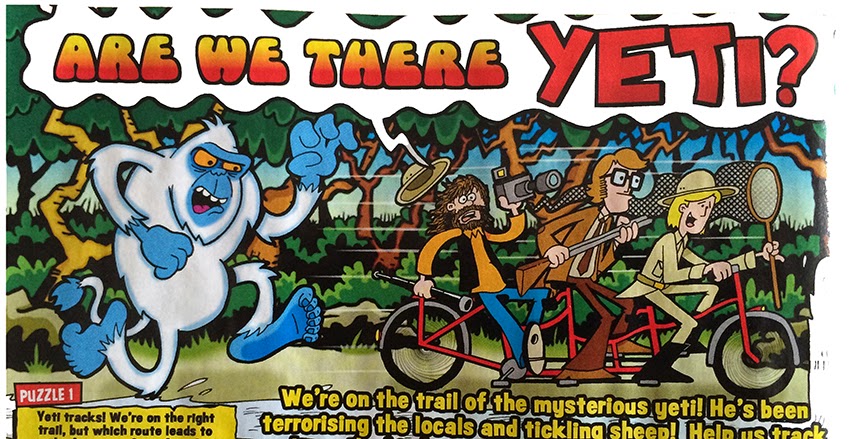 Thanks to cracking writer and artist Stu Munro, this week's Beano features the return, after four decades in the wilderness, of the comic strip adventures of The Goodies. Okay, they're subtly smuggled-in lookalikes of the guys who provided the voices for TV's Bananaman cartoon, but they're instantly recognisable to anyone who a) is as old as me and was raised on the TV show & Cor!! comic, or b) is Australian where they've never stopped repeating The Goodies, so they're not as woefully forgotten as they are over here. Bonus marks to Stu for finding the Goodies original typeface too (more recently used by Harry Hill). Here's a taste of Joe Colquhoun's original Goodies strip for Cor!! back in 1973: 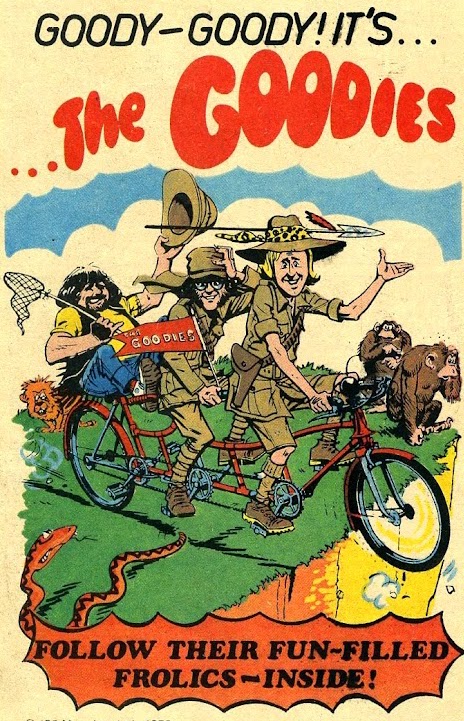 For anyone too hopelessly young to still not know what we're talking about, The Goodies were Bill Oddie, Graeme Garden and Tim Brooke-Taylor, three Cambridge Footlighters whose BBC2 surreal sitcom (so surreal some TV historians forget it was even a sitcom and list it under sketch shows) ran from 1970 to 1979, with a brief less successful run on ITV afterwards.

As well as being TV comedy stars, they were successful recording artists appearing on Top Of The Pops and having chart hits with such singles as The Funky Gibbon, Nappy Love, Black Pudding Bertha and Make A Daft Noise For Christmas. Their weekly strip in Cor!! comic was drawn by Joe Colquhoun, artist of Charley's War and Roy Of The Rovers, and ran from 1973 to 74 (you can see examples here on the Goodies Rule OK website).

I am indebted to a marvellous blog called Kazoop for the image below and for the following information (do please check out the blog, it's full of gems): "licensed for just the one year, The Goodies were unique in the fact they were the only adapted characters featured with the comic's pages with copyright credit being given to Bill Oddie, Tim Brooke Taylor and Graeme Garden. According to Robert Ross' book "The Complete Goodies" the strips were all authorised and approved by The Goodies prior to publication and Tim still displays an original Cor!! strip in his study”. 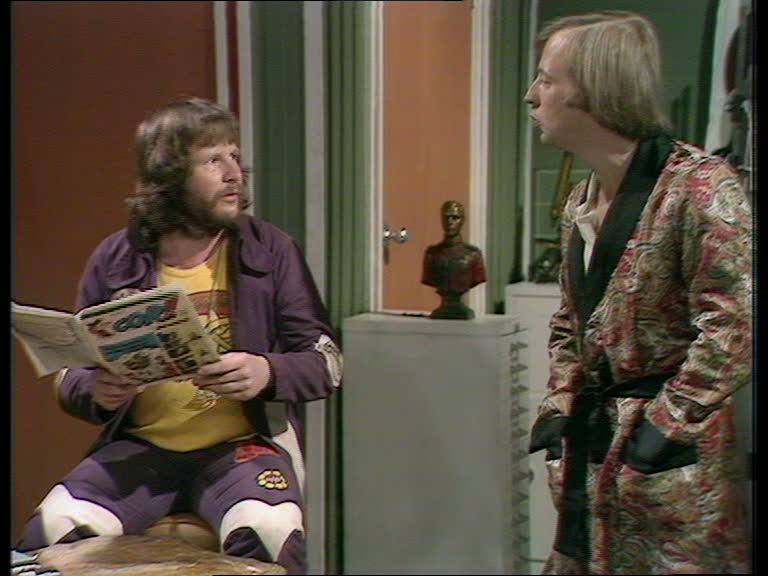 Kev F Sutherland, as well as writing Bananaman in The Beano, runs Comic Art Masterclasses in schools, libraries and art centres - email for details, and follow him on Facebook and Twitter. He's been writing and drawing comics for 25 years, he must know something.
Posted by Scottish Falsetto Sock Puppet Theatre (and Kev F the comic artist) at 15:11