Dr Strange and more in this week's Beano 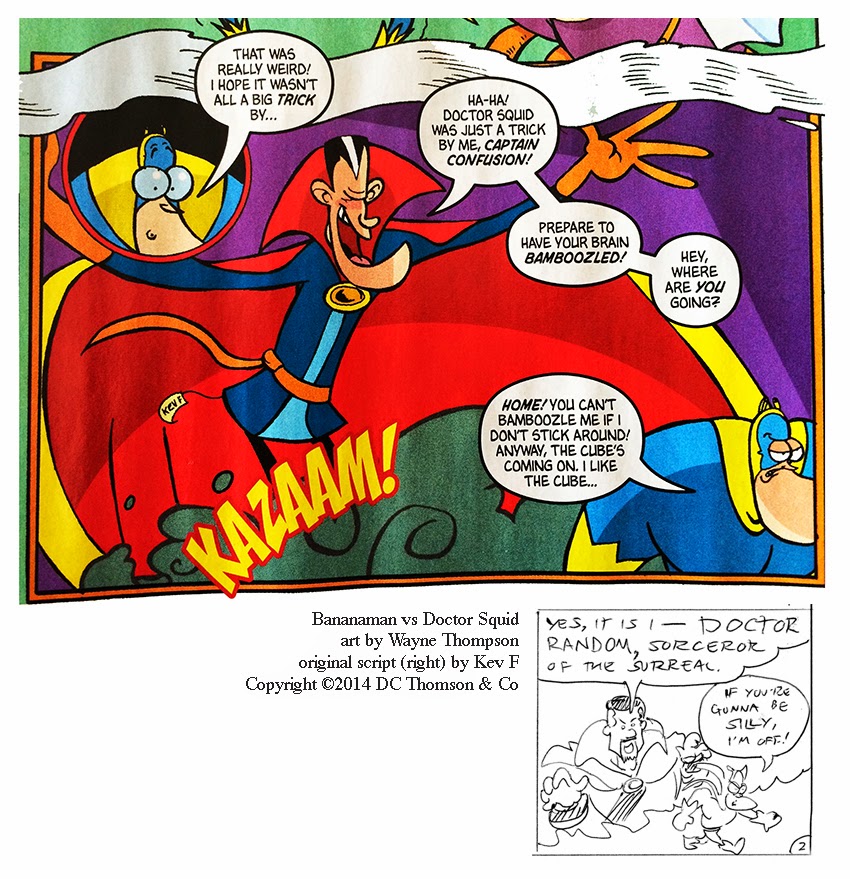 A bumper bundle of my stuff in an excellent Beano this week. In Bananaman I've smuggled in a Doctor Strange lookalike and a not-quite Doctor Octopus - and Wayne has very niftily snuck my name in the background as you can see. And as if that weren't enough, the fantastic Hunt Emerson has drawn my Little Plum strip Damon The Shaman, and credited me kindly on the artwork, and my Pansy Potter strip Mrs McGleish's Pussy is in there, with my name hidden in the background, can you spot it readers? 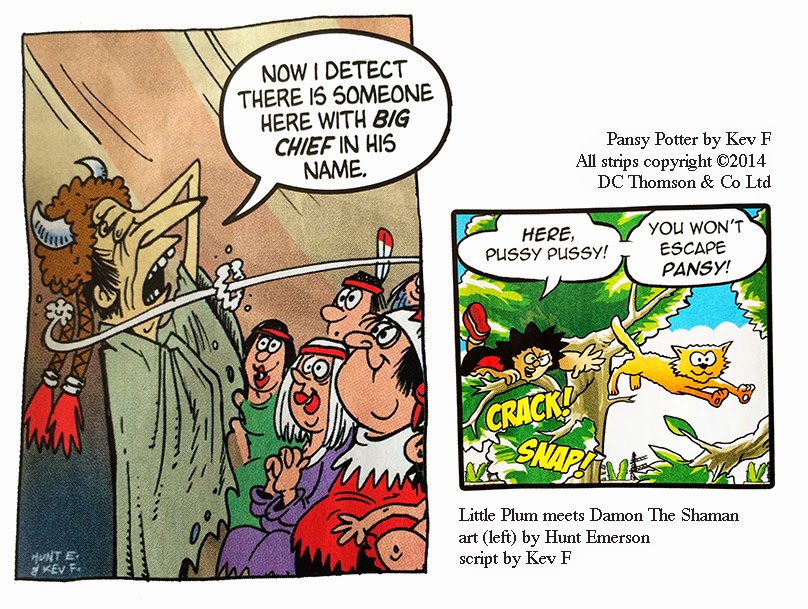 It's the first time I've worked on Doctor Strange in a comic (however obliquely) since I used to ink the actual Marvel comic back in the 90s. Why I even got to pencil it, over Mark Buckingham's layouts, for a couple of issues. I must tell you all about it some day. Wait, stop, where are you all going?

And as if all that weren't enough, this week's Beano features the first appearance in a comic for over 40 years of my favourite comedy triple-act of all time! Who could they be? Well, if I were to suggest you take a bit of good advice, try a trip to paradise, it's not hard to find you've got it on your mind, you can't pretend it wouldn't be nice.... (the answer is..?) 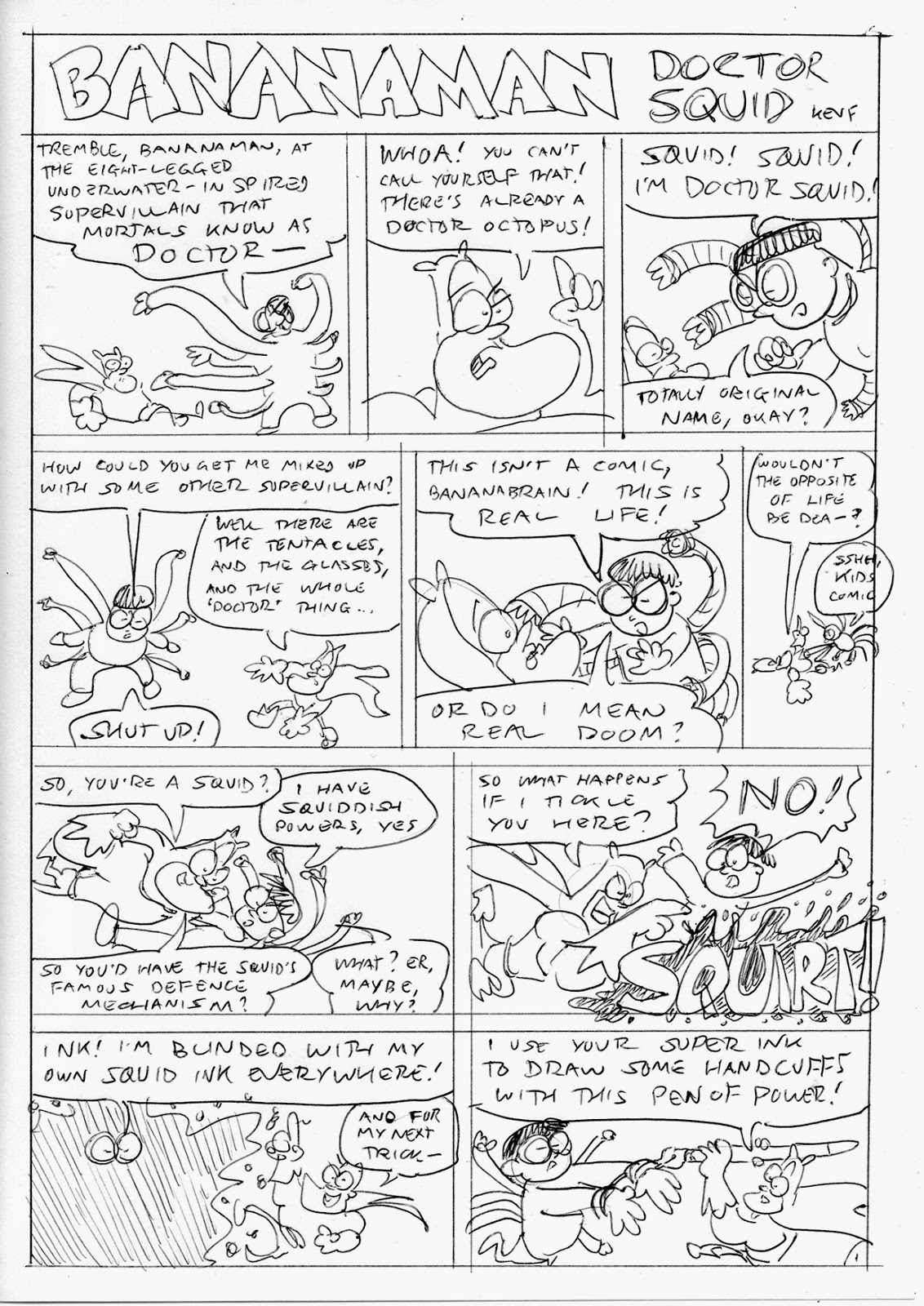 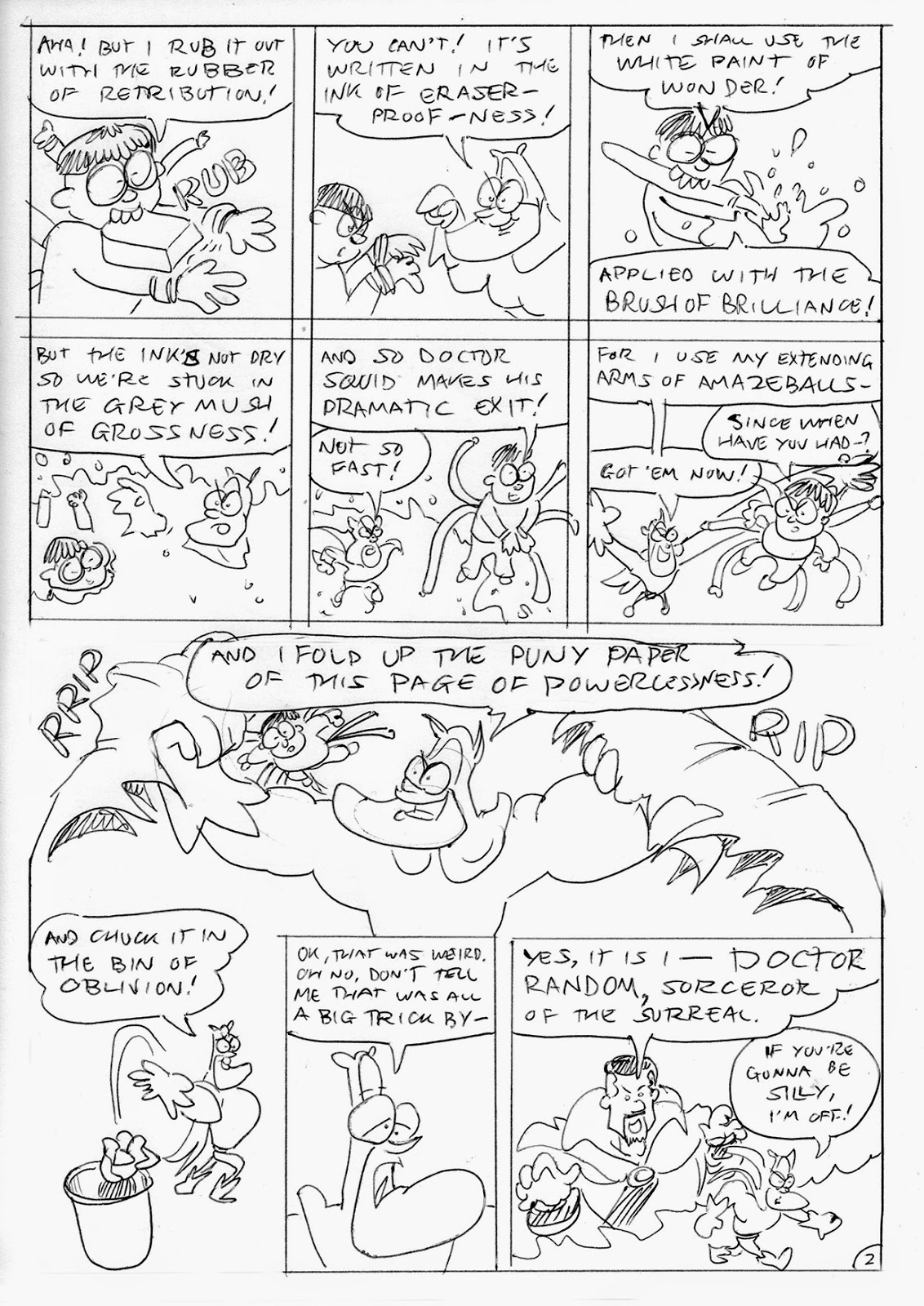 Kev F Sutherland, as well as writing Bananaman in The Beano, runs Comic Art Masterclasses in schools, libraries and art centres - email for details, and follow him on Facebook and Twitter. He's been writing and drawing comics for 25 years, he must know something.
Posted by Scottish Falsetto Sock Puppet Theatre (and Kev F the comic artist) at 14:42