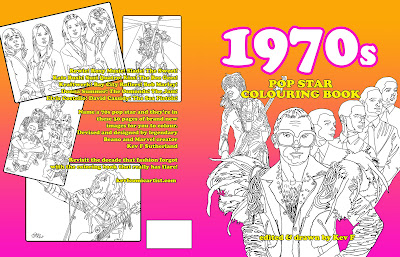 Having allowed myself to get distracted by the notion of publishing Halloween Colouring Books and Blank Comic Books, which have not so far turned into great money-spinners, I managed to spend a few days getting even less of my proper work done by reading about how much money some people were making by publishing Colouring Books. So off I went. 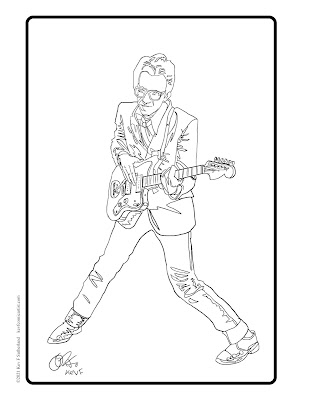 It took me a day to draw 30 colourable images of 1970s pop stars, tracing them from photos on the graphic tablet - and jolly good fun they are to draw I must say. It then took me another day to write the 30 short articles I decided to put on the back of each image. I mean, a blank page would have been satisfactory. But no, I had to write a whole paragraph. Here's a typical one:
I published my 1970s Pop Star Colouring Book on October 1st and, so far, it has sold 6 copies. It was fun to do, so I made another. 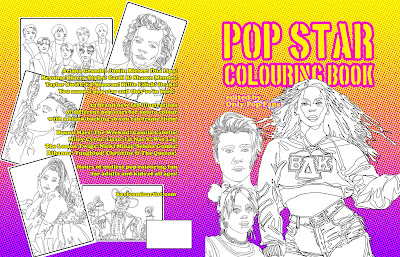 My 2020s Pop Star Colouring Book appeared on October 3rd and has, to date, not sold a single copy. Undaunted, I've produced a third, which is going through the Amazon KDP publishing process as I type this. 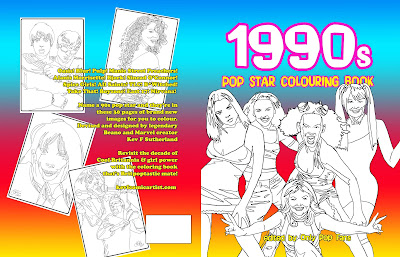 Now, hopefully, I'll be able to get back to concentrating on my proper work. Inbetween doing all this nonsense, I've been trying to write and draw a seven page strip for Spitfire comic called Enigma Variations, and have done a day of classes at Southend School For Boys, and an evening's caricaturing at a Friends themed 50th birthday party in Wickham, as well as playing a Socks double bill of Fingers Crossed and Superheroes at the Old Joint Stock in Birmingham. It's a busy old month to be wasting my time with side projects.