Sitcom Trials, workplace, and all the rest 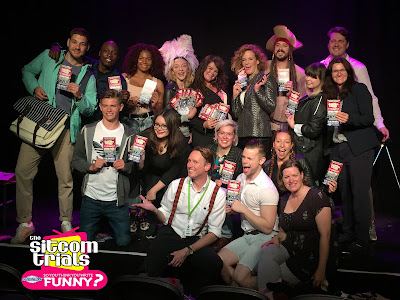 Over on the Sitcom Trials blog and social media, you may have been aware that I've been running a series of Heats through the summer. No? Well, the facts are out there, and rather oddly get missed from my main blog simply because the show has a blog of its own. So, last night was the Grand Final and quite a success, though I say so myself. I MC'ed this time, having given the job to Mark Dolan the last time we did an Edinburgh final, and was happy with how it worked. We sold more tickets for last night's show (which took over the Socks' 10.30 slot for one night) than any Sock show has done in the same "difficult" final Tuesday. (Well, we equalled 2010's final Tuesday for sales, which is pretty damn good going). 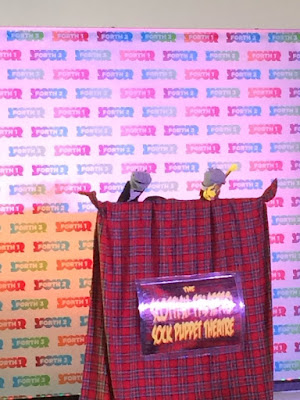 And having pulled my first proper late night after the Trials, what better way to test out my raddled voice the next morning than by playing a short Socks gig as part of Forth Fringe At Work, where we visit a workplace and entertain software engineers for ten minutes. The Socks were on the bill with Ria Lina and Thomas Green, and good fun it was too. 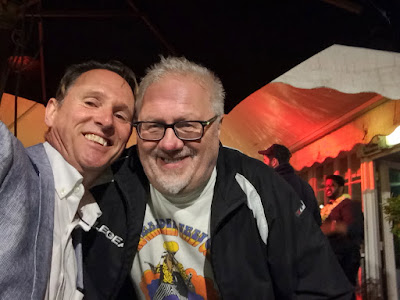 I've had a couple of good nights talking the hours away up in the Loft Bar. Last night my chattees included Dick Fiddy (above), Peter Buckley Hill, and the cast of the Sitcom Trials winners Like A Looks. But for once in a lifetime nights - well, once in 33 years at least - the other night I met up with two people I haven't met since we were at art college together 33 years ago, Anita Bigsby and Paul Gwilliam. 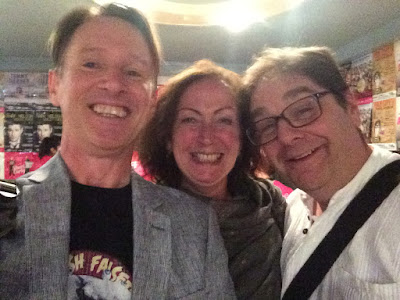 A highly enjoyable and stress-free Edinburgh has entered its last week and we just keep on enjoying it. Here, some more random photos that have come along the way. 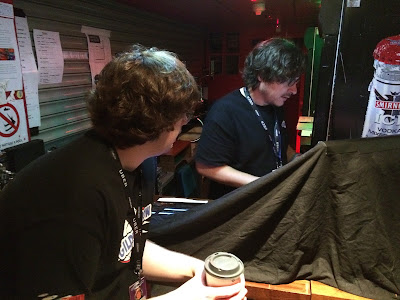 Here are my technicians for the month. Steve, behind the desk, is my main man almost every night, and Adam, in the foreground, has filled in for a few nights, including the Sitcom Trials, which was quite a handful. I hadn't told all the teams to bring their sound cues on CD, so we had a mish mash of people wanting to play music from their phones and to get the technicians to download stuff from Youtube. Apparently this is not uncommon recently. Kids today. 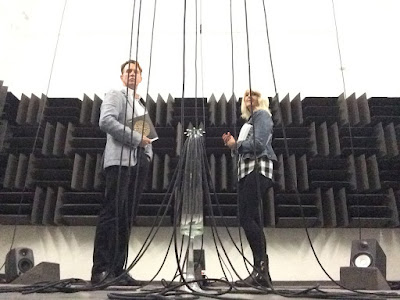 And of course Hev and I have been seeing a fair bit of art while we've been up here. This was a sound installation at Summerhall. Other highlights have included a virtual reality piece and a film about the life and work of Alice Neel  at the Talbot Rice gallery, some good stuff from the archive at Inverleith House, and some nifty work in clay by Damian Ortega at the Fruitmarket. Collective on Calton Hill was a bit of a let down, but the piece at the old Royal High School by Bani Abidi made Heather cry, and we got to enjoy the works at Dovecot with Mum when she was here. More work still to be seen.