The Curse Of The One Word TV Title 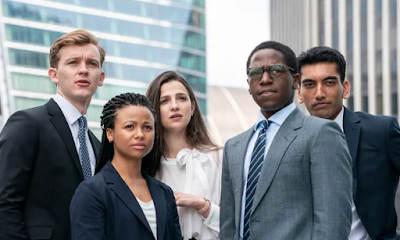 If there’s anything that’s spread virally this year and made things harder for so many of us, it’s been the one word TV title.

I’m only a month away from writing up my TV Of The Year. And, with more shows than ever to select from (yes, amazingly, even I’ve watched more TV than a normal year) there seems to be a veritable plague of shows with really unhelpful, indistinguishable single word titles.

Can anyone remember which was which out of these 2020 shows: Industry, Upload, The Nest, Them, Twin, Quiz, Pose, Staged, Hollywood, Stateless, Life, Us..?

Okay, one of those was actually made up. But, for all I know it was a real show that I just didn’t get to see (probably cos it was on Sky Atlantic).

Someone out there must know the maths for how much more chance a title has of being unique when it has two words rather than one, but it seems pretty obvious. A show called Bad would get confused with a dozen others, as might a show called Breaking. But call your show Breaking Bad and, be honest, is anyone ever going to stumble across that combination ever again?

To be fair, I’m struggling with a few multi-word titles. Which one was The Other One again? And can I remember the difference between Out Of Her Mind, Living With Yourself, After Life, The Boys, The Duchess, Avenue 5 and Unorthodox? And why the hell was Avenue 5 called Avenue bloody 5 in the first place?

Current contenders for Worst Single Word Title are the BBC’s Us (which shares its name with at least 5 movies on imdb, not least last year’s Jordan Peele hit) and Life (which was the name of at least two other TV miniseries, one crime and one nature documentary, and films various).