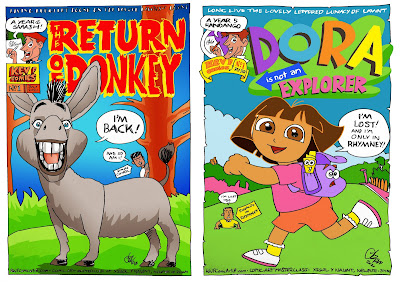 A busy week and a bit of Comic Art Masterclasses began with Ysgol Y Lawnt who, despite being only an hour's drive from home, wanted the classes done on Zoom. I was, of course, more than happy to do this, secure in the knowledge that they'd be the last Zoom classes for a long time. 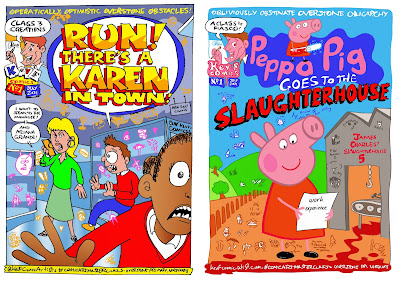 The first early start and long drive of this busy season saw me jetting to Overstone in Northamptonshire, to teach the Year 3 and 4s. Starting what was to become a bit of a trend, they saw the Peppa Pig comics that recent classes had come up with, and immediately could find nothing funnier. To be fair, theirs was probably the best of the Peppa Pig themed covers that was to come. (See the next blog for those examples). 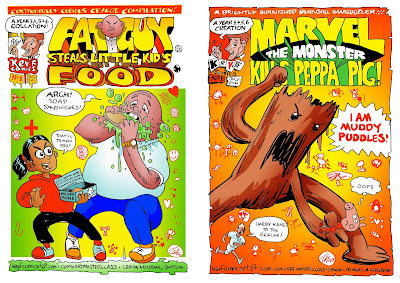 Cracoe and Burnsall schools are both up in North Yorkshire, and were part of my second visit to the Grassington Festival, for which I remain excessively grateful. A four and a half hour drive each way notwithstanding, the festival pays for my hotels and have been brilliantly supportive throughout my two trips. Oh look, another Peppa Pig title, probably the most subtle of the bunch (the rest are still to look forward to). 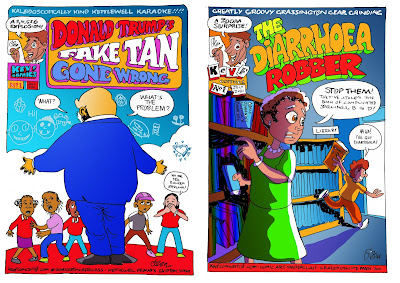 Kettlewell and Grassington primaries, completing my four day/two part Grassington Festival visit, included the most ironic session of the month. Grassington, in the afternoon, had all had to go home because someone had tested positive for Covid. So I had to do the class by Zoom, from Kettlewell, just a few miles down the road. Very strange, but we did it with style. 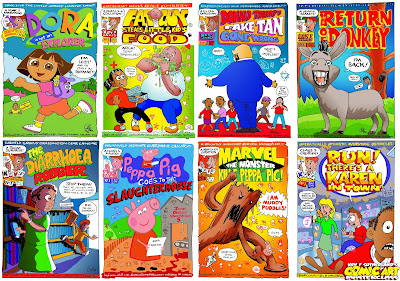 The celebrities these 8 groups chose to appear in my demonstration strip were Cristiano Ronaldo, Harry Kane (twice), Raheem Sterling (there may have been some football on this week), Simon Cowell, Boris Johnson, James Charles, and Ariana Grande.