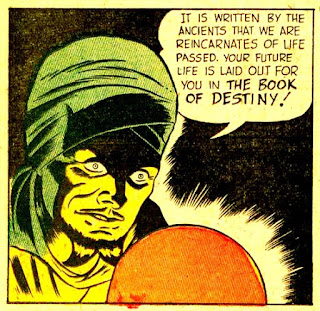 My Facebook is a right proper mish mash of Cassandras, Polyannas, and the odd Right Said Fred. (That is predictors of doom, over-optimists, and the bloody-minded ranging from mask-haters to stuff-and-nonsense get-on-with-itters). All following the announcement of relaxation of rules from July 19th.
I would suggest that, like most things in this country, we're divided 50/50. 50% are going to continue wearing masks and being cautious of spreading infection, whether out of fear or consideration for others. And 50% are delighting in the apparent freedom of being able to do what they like (these include many people who aren't bothered about the restrictions that were just placed on the right to protest, of course, and also include many people who have never washed their hands when leaving a toilet cubicle and resented ever being told to.)
My prediction is also split. The Polyanna in me says that the stats show that the recent wave of infections have led to hardly any hospitalisations or deaths (compared to previous waves) so vaccination is working and soon Covid will be taken as seriously as the annual rounds of flu, no more or less so. So my inner Polyanna says the war will be over by Christmas.
My inner Cassandra is, of course, a believer in Sod's Law, and knows that anything that can go wrong - especially if affects me earning money - will go wrong. So I predict I'll get a positive Covid test, if not next week then sometime soon, and I'll lose a fortnight's lucrative work. And I know that someone else's test could still wipe out school visits and events I'm expecting to go to.
So that means August, when I have lots of school visits, including my first flight for 18 months (to Northern Ireland), will be scuppered; October's full week of schools leading up to the Lakes Festival will go to pot; as will November's week of school leading up to Thought Bubble. These are worst case scenarios, but if there was some way I could put money on them (to cover the loss I'll make if they don't happen) I would.
What will happen? Who knows? But I thought I'd get my predictions carved in stone, so I can point back at them and be happy I was wrong, or take small consolation in being right. 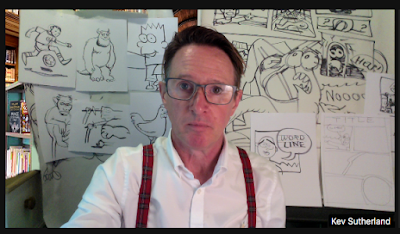 Yesterday was a day of Zoom classes, which now feel extra weird having been in actual classrooms for a couple of weeks now. Not being able to hear kids laugh (sound was particularly bad as this was a "big screen" class, rather than on individual devices) is all the more jarring when you've been starting to get used to it again.
I have more Zoom classes still to come (you can join the July 29th one here: https://www.eventbrite.co.uk/.../comic-art-masterclass... ), and they're still as much fun for the kids as ever. But I look forward to them remaining the exception.
Next week I have 6 days in a row of actual school/art centre visits. (Or, given that Wednesday's school are asking me to do a Lateral Flow test, I might have 2 days of classes followed by 10 days of cancelled work, which would lose me more money than I earned in all of March. Fingers crossed.)

Kev F Sutherland, as well as writing and drawing for The Beano, Marvel, Doctor Who, and graphic novels adapted from Shakespeare, runs Comic Art Masterclasses in schools, libraries and art centres - email for details, and follow him on Facebook and Twitter. He is the host of the podcast Comic Cuts The Panel Show.
Posted by Scottish Falsetto Sock Puppet Theatre (and Kev F the comic artist) at 11:28