Bananaman Annihilation in this week's Beano

This week's Bananaman strip is another stonker, written by me and drawn by Wayne Thompson, here's a tiny glimpse.

Sadly, just as the scripts are starting to get good, my credit has disappeared from it, though it does appear in the credit box at the front of the comic (which makes it a little harder to impress schoolkids with, but by golly I shall continue to try).

This was an interesting Bananaman script as it was originally rejected, until I went through and changed every word but none of the story. Below you can see how it was originally going to read. Thinking it through, Genocide is maybe not a very Beano word. 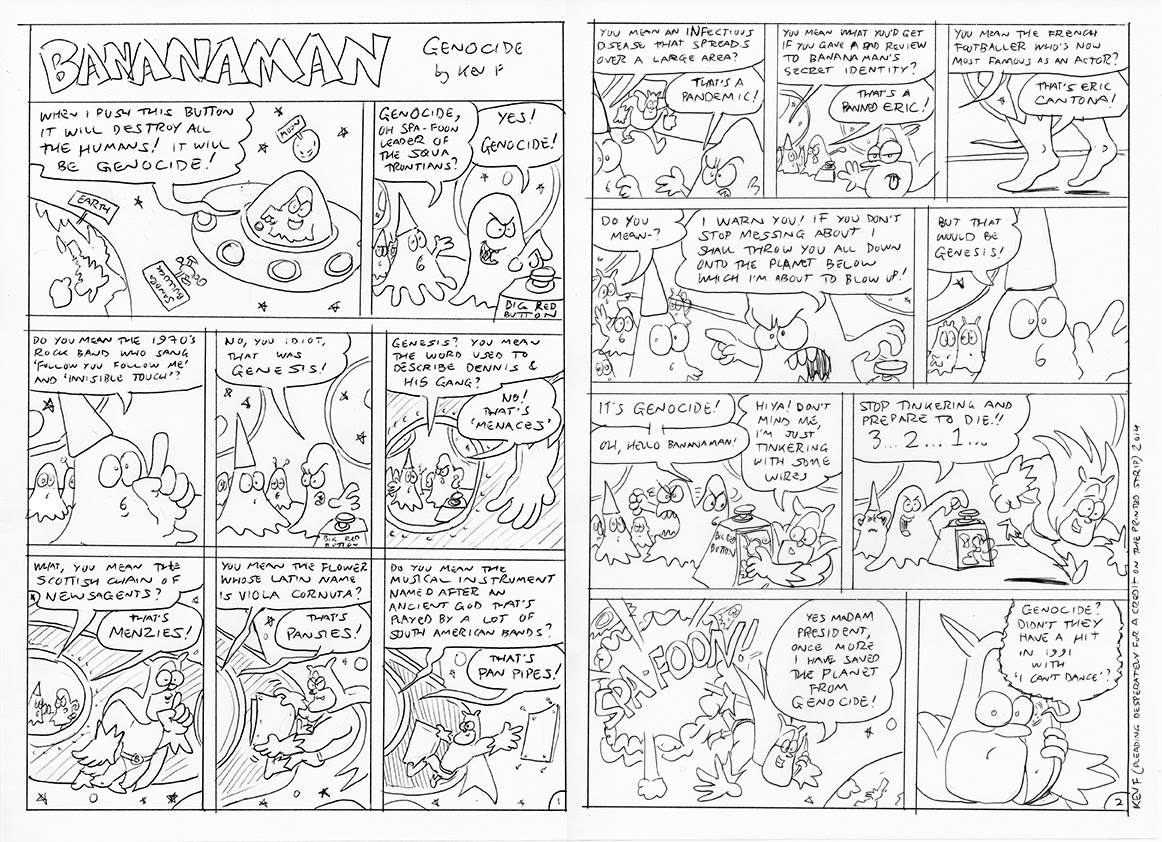 Spa-Foon, nebbish of the Squa-Trontians has been appearing in a few of my Bananaman stories and I hope to develop him further. Sadly the latest Spa-Foon story, set on the moon, got spiked. For what it's worth the big gag was that on the moon no-one can hear any sound, so everyone was fighting everyone else and no-one knew they were there. Trust me it was hilarious (and will probably wind up as a self-published Hot Rod Cow story one day. Nothing goes to waste if I can help it).

Scottish Falsetto Socks fans might recognise the format of this 'mistaken words' routine, which the boys have done a variation of in every show since 2008. Here's the original.