Gerbils, Pancakes, & Will Byers - yet more comics by kids 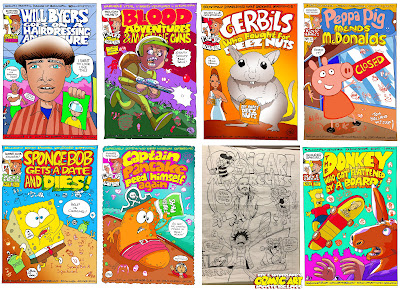 More comics by kids? Yes, that's pretty much been what I've been doing this month. This batch has seen me scooting between Basingstoke, Oxford, and Backwell. Very much a travel-lite week, by my standards. 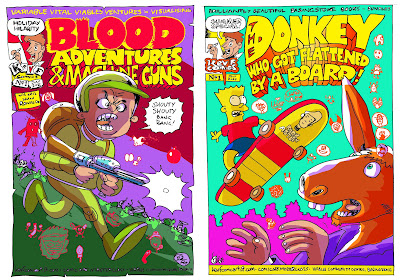 Viables Basingstoke is a lovely looking art centre, based in old houses and barns on a hidden stretch of road with tons of history. Always nice to discover a new part of the world. I'd agreed to do this class as a doorsplit, based on my share of the tickets, pitched at £10 a time. Sadly this meant I ended up only taking £222 for the two classes. A worthwhile experiment, but a reminder that I need art centres to subsidise these classes to make it, er, viable. 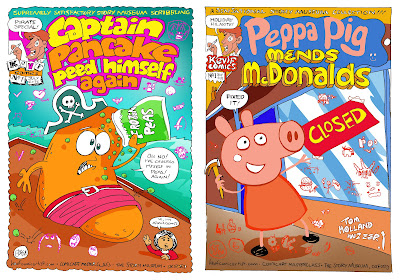 It was quite an honour to be invited to do my classes at the Story Museum in Oxford, where all the greats have played (lots of photo of famous authors line the corridors). To accompany a comics exhibition they have a series of classes by comics folk this summer, including Laura Howell and myself. Went swimmingly, apart from the worrying moment when a child impaled his hand on a pencil during he first class (don't worry, not as bad as it sounds, but not what you want to happen). 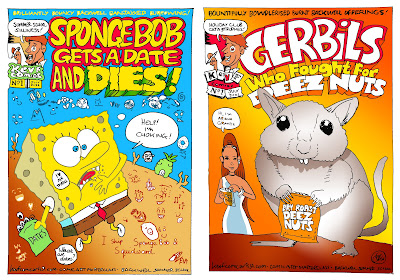 Backwell school has been having me in to do my comic art masterclassesas part of their Summer School activities for at least the last decade, usually for a few days. This year, because of my packed diary, I could only do one day. So they squeezed three classes into one day, and by golly I managed it. 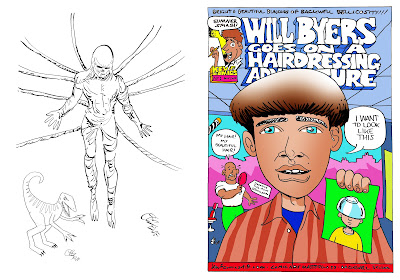 Backwell was just one of the many groups of kids who shared this summer's obsession with Stranger Things. These were year 6s, about to be year 7s, and among the many groups who've asked me  how to draw Vecna (above) and Demogorgons. Last week Noah Schapps was chosen as a celebrity for the demo strip, and this week his character Will became the title of the last comic of the season.
The celebrities these seven groups chose to appear in my demonstration strip were Dwayne The Rock Johnson, Cristiano Ronaldo, Rick Astley, Selena Gomez, Tom Holland, Mr Tumble, and Ariana Grande.