The Doughnut Who Stole My Mum - latest comics by kids 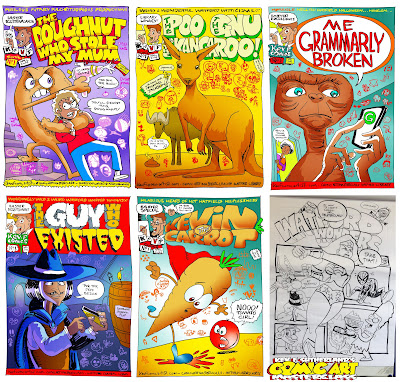 Among the house-building (that is the flatpack-furniture building and box unpacking that has filled the last 6 weeks of our existence) I've done a few Comic Art Masterclasses. 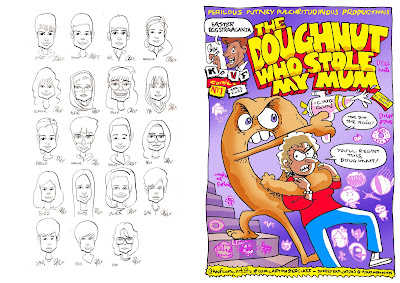 Surrey Explorers in Putney Methodists Church. This is a class I last did three years ago, before lockdown. We'd hoped to give the kids a photocopied comic to take away, using a copier at the shop down the road, but it had closed in the intervening time. It was one of those Mailboxes businesses that, I fear, are among the many feeling the pinch of late. 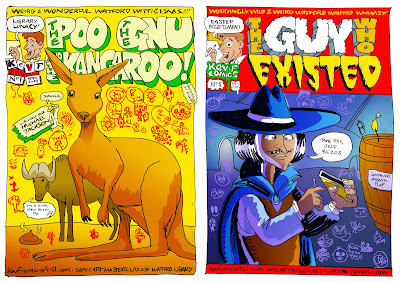 The marvellous librarian Shirley Everall of Hertfordshire libraries has been employing me for classes in libraries all over the county for the last decade. Very sadly she's retiring soon, so I really hope her successors will want to keep using me. These comics are from Watford library, an easter holiday group, and the next pair... 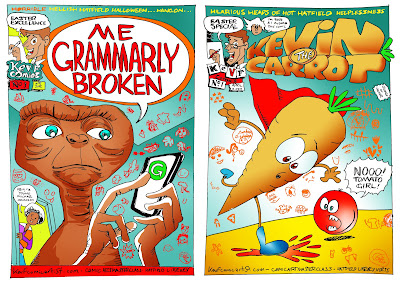 ...is from Hatfield library. Well attended and well run classes, long may they continue.
The celebrities these five groups chose to appear in my demonstration strip were Dwayne Johnson, Michael Jackson (twice), Jeff Bezos and Boris Johnson. 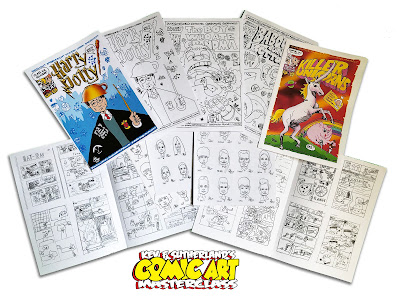