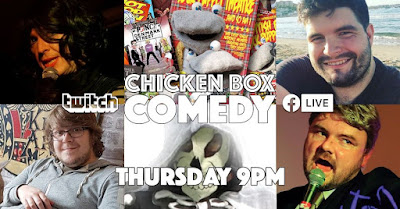 Brace yourselves, buckle up, select the metaphor of your choice and put some dates in your diary if you want to see the Scottish Falsetto Socks this month, cos they're about to do 12 dates in 14 days, and some more on top of that.

I mean you've already missed the first Social Club, about which more here. That was on Friday April 2nd. Now here's what's coming up... 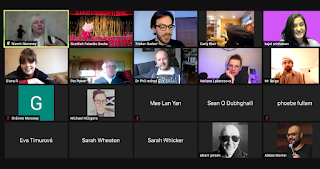 (Good show, from Brussels, we gave them Richard III)

(Good return show, from riot-torn Derry, which could be seen and heard in the background of Les Ismore's screen. We gave them Richard III, good audience 30+) 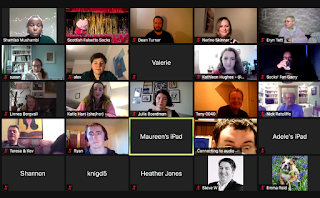 (Highest professional quality of acts, we opened with not very good Prince Phillip material, though thankfully couldn't do the hastily-prepared song, but then gave them An Actor Prepares which went well. Felt it wasn't our best show, and of course it was the biggest audience, 60+) 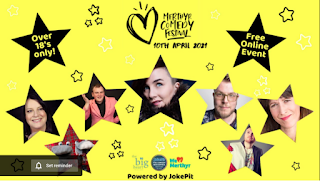 (An actual paying gig, on Streamyard so no visible audience, we gave them the Magic routine) 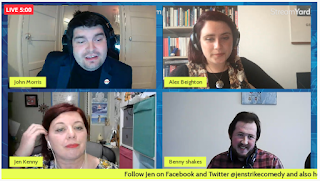 (The Socks hosted a round of this Taskmaster-like very good fun show on Streamyard, managing to entertain the room with our improv and ad libs, no actual material.) 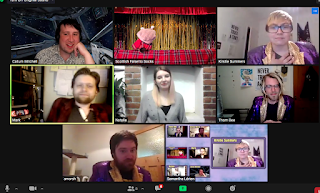 (A fun, and different, format, which comprised 15 minute interviews and a few games, lasting two hours. The Socks won the Cast List movie quiz and did some fun improv & ad libs. No actual material. On Zoom, but then given a treatment so it went out nicely frames, but with no audience, like Streamyard.) 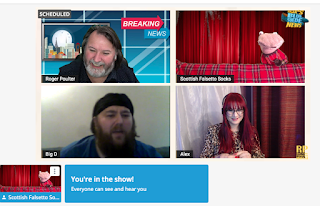 (A variation on Have I Got News, hosted by Roger Poulter, again on Streamyard - it's been a Streamyard week. The Socks managed some good improv on topical stories, again no material.)

(A good and busy line up, we were on second and had to leave early. Did a cracking 5 minutes of Magic routine and some banter. Also picked up the final act for the next Social Club, Michelle MaliZaki who was on right after us, live from LA).

Mon April 19 - Unmuted, from Australia, 11am UK time, the Socks host the show

(Great fun. Gave them a new, Melbourne-oriented, version of We Can See You, and various other bits of schtick and lots of banter, between 7 acts who filled an hour.)

And announcing the next new show - Eurovision Sock Contest on May 14th! 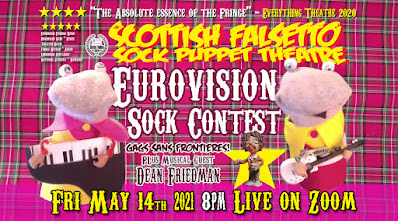