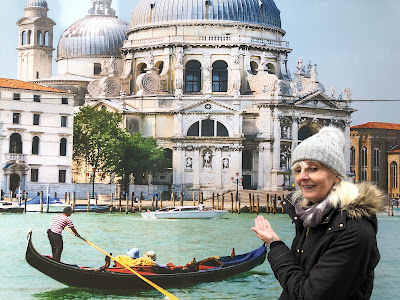 I've kept quiet about them on social media, partly cos I don't want anyone to feel offended that we haven't come to visit them, and partly cos we may have been pushing the "stay local" rules of the recently relaxed lockdown, but Hev & I have been doing a lot of day trips in the last couple of months.

Perhaps the most significant is to Chepstow. You see, we have plans to move house, and have had for the past year or more. We've now put the flat on the market and are seriously looking at places to move. Because of how expensive Clevedon is, we've genuinely considered such places as Worcester and Bath, and ruled out many more including Stroud. It was only last weekend that, with cross border travel being relaxed after 6 months, that we had a look at Chepstow, and fell in love with it. 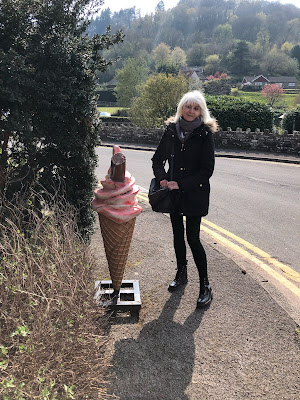 OK, fell in love might be going a bit far. But on our first visit, last Sunday, we got talking to the people at a gallery who asked Hev to exhibit, and bumped into Socks fans Nigel & Kerry Thurgar and chatted. Everyone seemed friendly and there's a great vibe to the place. And it is very very affordable. We returned the very next day to look again. And again on Wednesday when we ventured as far as Tintern (above, abbey just out of shot). And yet again on Sunday, when we visited Monmouth, walked a bit of Offa's Dyke, and continued to give Chepstow a thorough exploring. Though we've already ruled out a handful of properties and not found anything that matches our current flat for fabulosity, there's no doubt we can have 4 bedrooms and a garden in our budget, and get a period property that's somewhere quiet. Let us see. 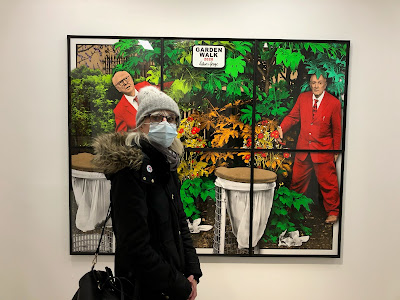 The biggest journey of the past fortnight was to London. We've been dying to return and were amazed to find an art gallery that was actually open. Hev had got tickets to the new Gilbert & George exhibition at the White Cube in Piccadilly. The night before we watched the live interview with G&G - who answered a question texted in by Heather! The next day we were standing on the very spot where they'd been speaking, and we were looking at their giant screen prints all round the wall. It was brilliant. 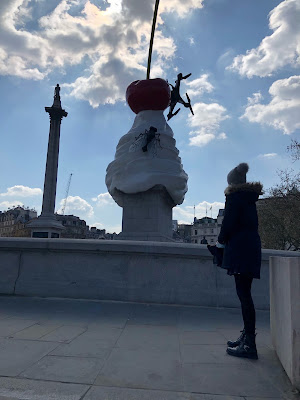 We also took in Trafalgar Square, where we ate outside a Pret - the first cafe food we've eaten in six months - walked down Denmark Street again, and bought guitar strings in Regent Sounds; did Carnaby Street, Liberty, Covent Garden, Regent Street and Fitzrovia, and breathed in the city. It was brilliant. Feeling slightly guilty that we didn't see Jude and the family, but there's only so many hours in a day and we wanted culture culture culture. And we got it. It does you good, and you miss it when you're cut off from it for so long. 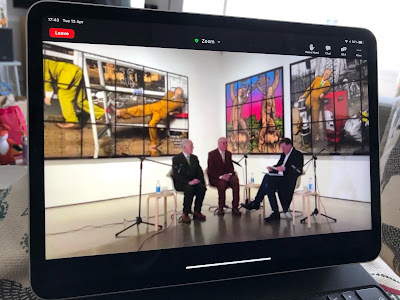 (Here are Gilbert & George, answering Hev's question, probably)
Our travels have also taken us, in the past month or so, to Exmouth where we walked up coastal paths and round backstreets that we recognised from when we last trod there, forty years earlier; to Exeter, more than once, where the nostaglia for our student days will never truly fade; to Minehead (pictured below, I'd forgotten about that excursion until I searched for photos to upload); to Worcester, where we considered moving, but which, on a return visit with specific properties in mind, never quite feels quiet or connected enough to be right; to Bath, again more than once, where we go to show anyway, and where, with properties in mind, nowhere seemed to have quite the right vibe (except for places like Widcombe where we could never afford to live); to Stroud, which was inexplicably voted most desirable place to live by someone somewhere, without providing any evidence to us of why this should be the case. 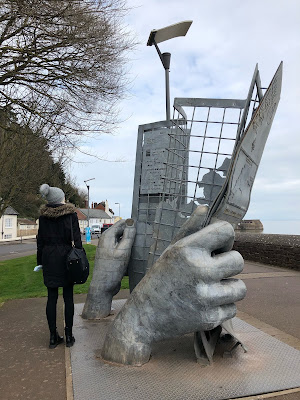 We've strolled through Taunton, breezed through villages and suburbs from Burnham to Gloucester, Weston to Cheltenham, and all points Bristolian, to such a degree you'd think we're never at home. Oh, and we go for a walk almost every night on the back streets of Clevedon. It's going to be weird when lockdown finally ends and my travels begin in earnest. This is the longest period of time that Hev and I have spent without staying overnight anywhere outside our flat (save for one night, last August, at Audrey & Dennis's in Bod) in all the time we've been together. Even back in the Leicester days we'd have done the odd night in Kibby, and had a holiday at some point in the year. We are very lucky people that we can bear each other so well. 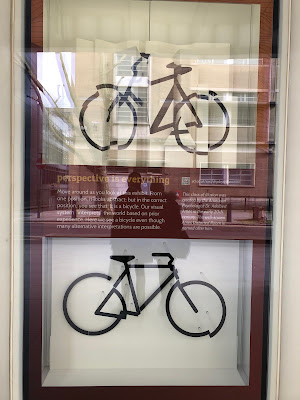