Here's a bit of fun, a Top 15 chart of the Socks' Zoom shows based on ticket sales. Audiences have always included extra guests, so this doesn't reflect the total number of people in the 'room', and also bears no relation to the quality of the show. So, which show's our biggest seller to date?

15 - April 17 - Superheroes - 21 (See what I mean about quality? Our award-winning show sold fewest tickets to date)

13 - Nov 7 - Roll Up - 26 (A last-minute addition to the schedule, when its live outing in Birmingham got cancelled) 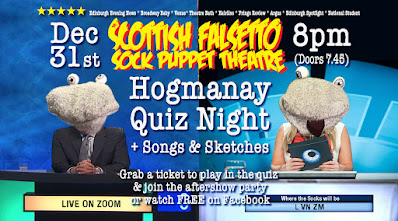 11 - Dec 31 - Hogmanay Quiz - 32 (Another gig announced at short notice, with stiff competition on the night)

8 = Aug 13 - Socks In Space - 37 (Our first Edinburgh Fringe Zoom show, that won us a 4 star Scotsman review, and bigger audiences for its successors) 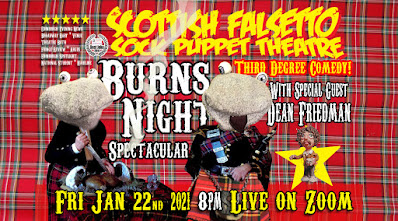 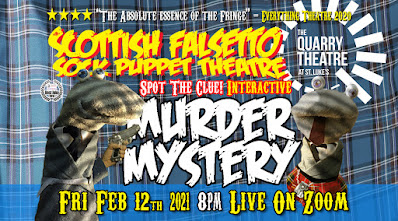 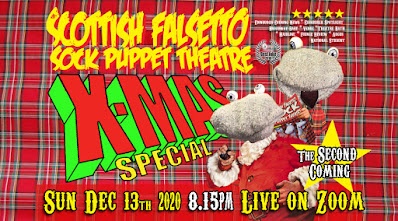 1 - Dec 11/13 - Xmas Special - 64 (Scores the biggest sales, by dint of us having to re-perform it two days later, because of broadband problems, netting an extra 8 sales for the second night)

Let's see how well we do with our next show. Will it be our last before live gigs take over in earnest? Only time will tell...