Piggy The Biggy - comics by kids, online and for real 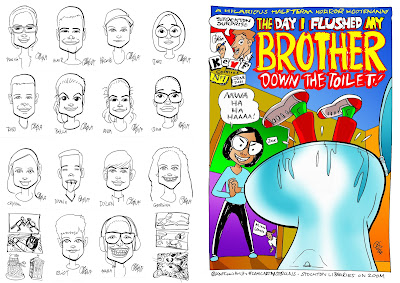 After a bit of a break from schools, during which I've gone a bit bonkers in the production of my new podcast, thanks to my inability to stand idle for five minutes, in the past week I've returned to Comic Art Masterclasses with a vengeance. This one, with Stockton libraries, was the only one squeezed into the latest half term (in contrast to February's half term, when there was one every day. This time, with schools back, the online classes aren't so vital to everyone. This, however, was one such). 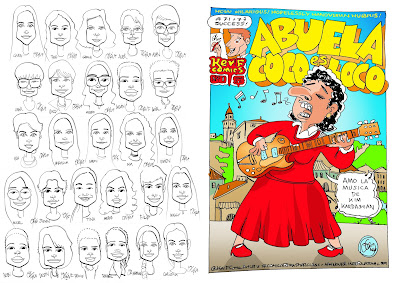 It was the greatest delight to be doing classes with the International School in Hannover again. I was scheduled to fly there in April 2020, which obviously didn't happen, and I recently learned that the teacher who'd had me in, Kathryn Eagle, is moving on, so these really didn't look like happening. But lo, she appeared with the good news that they'd found the money and the time, and two days of Zoom classes went ahead, with years 6 and 7. 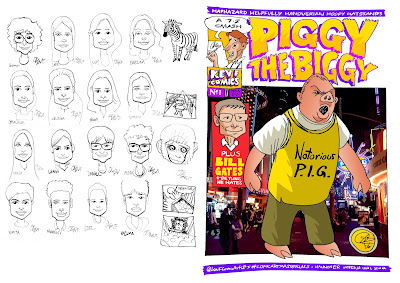 A novel feature of these days meant that, with a combination of their German time table, and the time zone difference, I started the classes at 7.30am and was finished by midday. A whole day's classes in what feels like half a day. 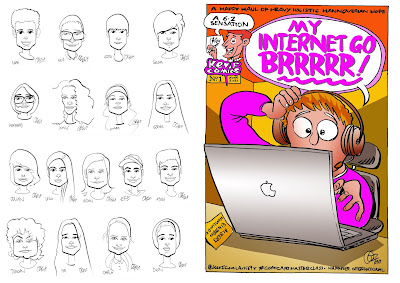 Don't tell everybody, but these two days of Zoom classes also worked out way more profitable than travelling in person. Because my day rate has gone up since my last visit in 2019, the total on my invoice for these two days was just £90 less than a two day visit back then. Despite the 2019 visit including flights, airport parking, train into town, and a hotel! And, of course, involving an extra day's travelling. I could do more of these Zoom gigs to international schools, I do hope they'll continue. 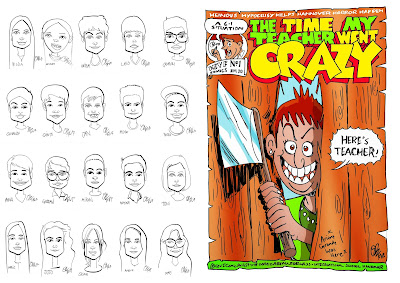 That said, I love travelling to these schools in far flung locations, especially Hannover which has one of the best art galleries I've ever visited. I like having an excuse to go to these places, however not-quite cost-effective it might make things. 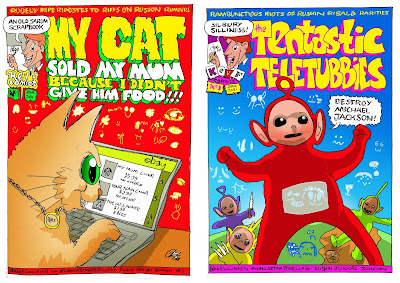 A bit of travelling that I certainly didn't mind was making my first return visit to Ruskin Juniors in Swindon since 2019. I've been going there every year since at least 2011, possibly longer, teaching the Year 6s. And, stop press, they've already booked me for 2022! 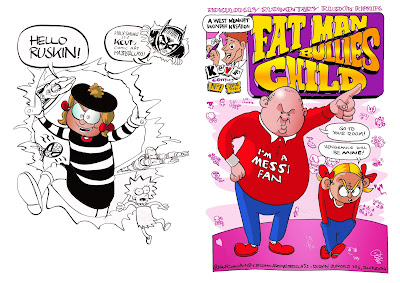 I'm still not taking these real life school visits for granted, as everything's still not quite back to normal. Just this week the relaxation of rules got set back a month, so my scheduled visit to the London Film & Comic Con in July has been cancelled (or rather the whole event has, I'm not really the headline in the story). But it's starting to feel normal, and I'm happy to say I'm loving it. Real laughter, photocopied comics for the kids, listening to podcasts on the journey. This is what we want. 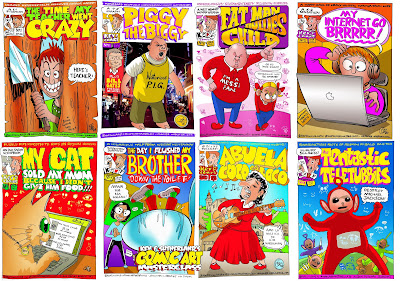