The Anime Who Took Your Mum Away - comics by kids 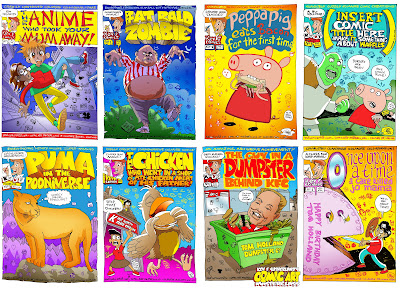 What a fabulous range of titles, stuffed full of originality and wit. This is the sort of thing I love to see, and of course it's what I've come to expect from the Year 5 pupils of Colmore Juniors in Kings Heath, who I've been visiting now for some years, usually about the same time. They're responsible for 4 of the 8 comics you see above.

(I was going to link to the blog from my first classes at Colmore, in 2011, but sadly, as you can see, the links to the pics of the kids comics have long since broken. Blogs don't last as long as printed paper, sadly) 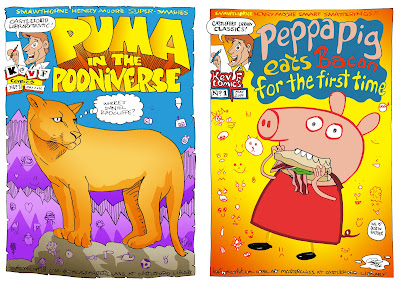 Castleford was the first of a two day stint in North Yorkshire and saw these wonderful creations from these primary school classes. 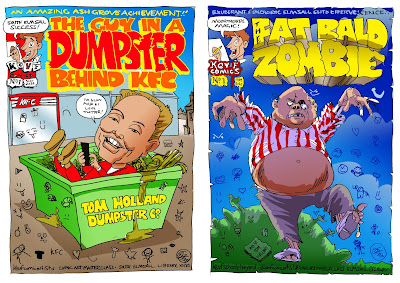 Elmsall library invited groups in from two local schools, Ash Grove and Moorthorpe, who came up with these little smashers. 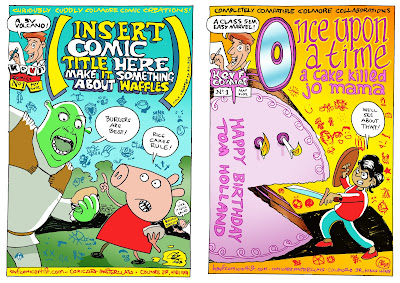 As we see with the first of Colmore Juniors' comics, from this year's visit, some trends are emerging. Namely the recurrence of Peppa Pig on the front covers (once they see the little bugger on another cover, it lingers in their heads, and becomes the funniest of their own suggestions) and, less explicably, the suggestion of Tom Holland as the celeb to appear in my demo strip. He came up four times this week. Very much the new Donald Trump (who hasn't, I think, been suggested this year). 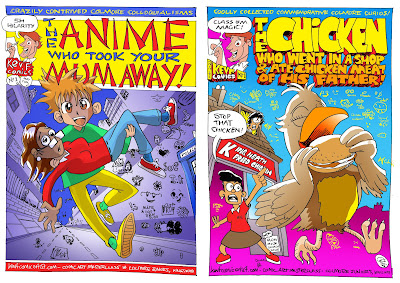