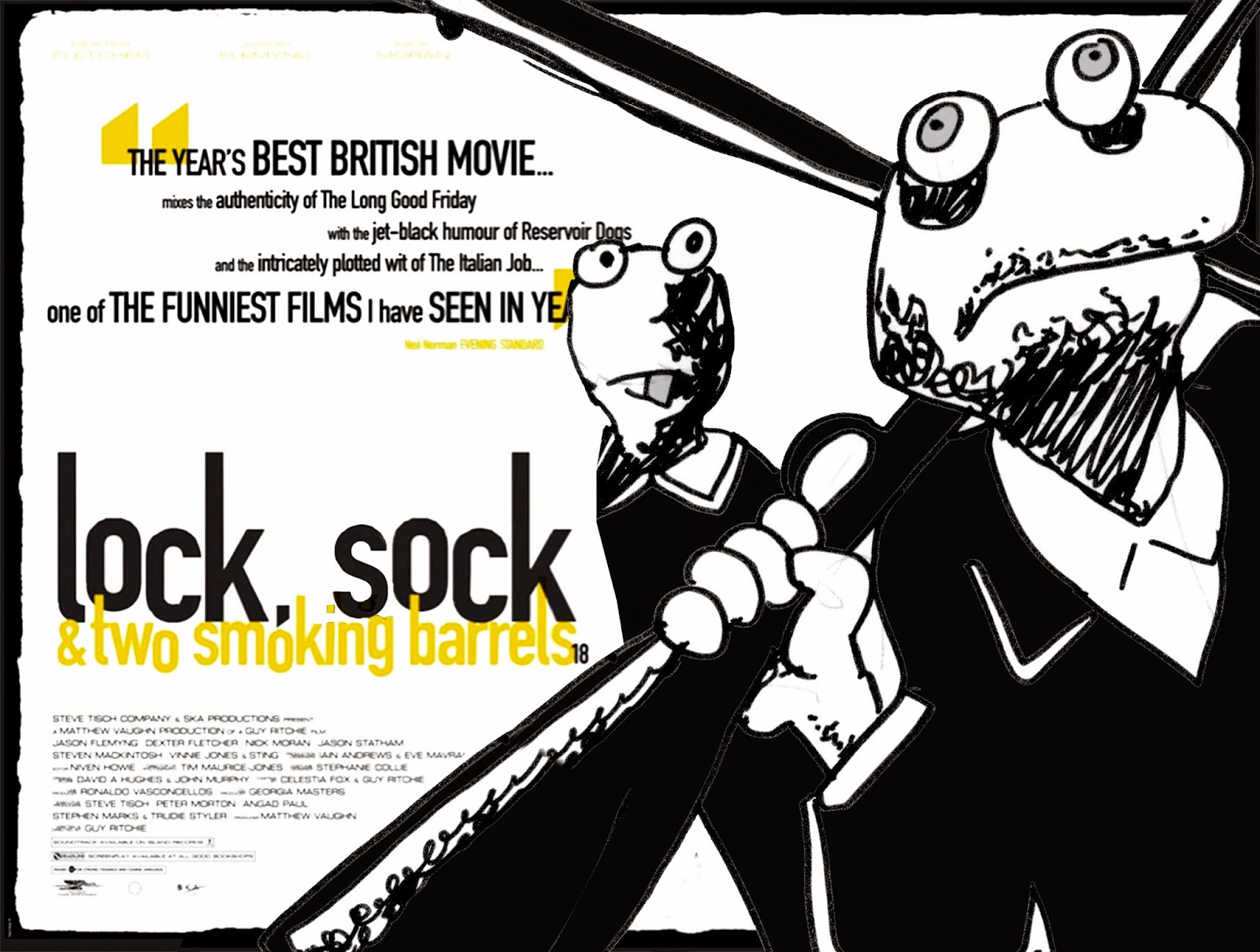 In the course of coming up with the title for their new crime-based show, the Scottish Falsetto Socks rejected many titles, 10 of which we're running down every day in this blog. We're inviting your suggestions for titles we may have rejected and, even though this one wasn't on our list, it's proven to be the most suggested fan title, even being suggested by Ian Rankin himself. So we felt we had to honour it with an illustration.

We've already seen Brighton Sock, The 39 Insteps, Good Smellas, and Chinatoon.  Your suggestions can be found on Facebook, Twitter and summed up here on the blog. Keep guessing folks.