Don't Mind The Dead Bodies In My Basement - comics by kids 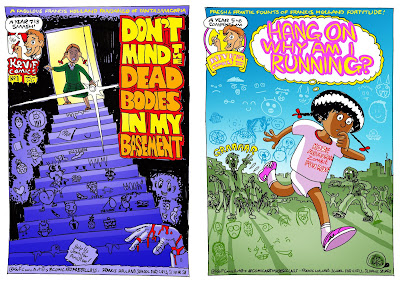 My World Book Day/Week marathon continued with me getting back from Glasgow on a slightly delayed flight, getting five hours sleep, then driving to London for a day at Francis Holland School For Girls in Sloane Square, where these two inspiring comics emerged. The only downside of the day was the parking ticket that I got at the end (memo to self, you can't park near Boston Manor tube any more, unless you want to pay £55 for the privilege). 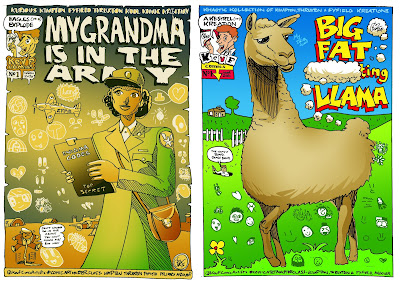 World Book Day itself, a date for which there was much competition, was bagged by Kimpton, Thruxton and Fyfield Primary near Andover in Hampshire. A luxury in this week of travelling, this school was less than two hours from home, and My Grandma Is In The Army must be my favourite front cover of the week. 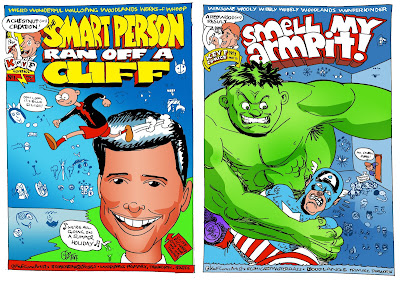 The week ended at Woodlands primary in Tamworth, with me shoehorning a particularly bad picture of Cliff Richard into the front cover. Thursday and Friday's schools commemorated Book Day by having the kids dressed up as book characters.

That is to say, at least half of one school were dressed as superheroes - I saw three or four Black Panthers, two Deadpools, half a dozen Batgirls and as many Supergirls, a handful of Harley Quinns, and a football team's worth of Thors, Iron Men, Spider-Men and Hulks. Not one of the kids had read, or possibly even seen, a comic with these characters in. I suggested getting the kids to bring in a book containing whichever character they're dressed as, if we wanted this to really be a Book Day that was about encouraging reading. But then I realised the problem. Where would these kids, or their parents, find an Iron Man book? A Black Panther book? Unlike in my childhood when they could have simply gone to WH Smith and picked up a comic for 10p, now they'll be lucky to find the few Marvel reprint comics that remain, and won't get much change from a fiver for each one. I'll think on it. 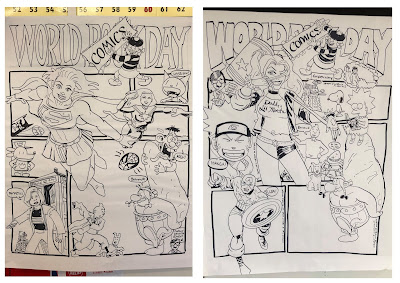 Flipcharts from Thursday and Friday's schools. In both instances I had time enough to set up and do a nice bit of drawing before the class started. Both went on to have more detail, but I didn't get a photo of them in their final state. 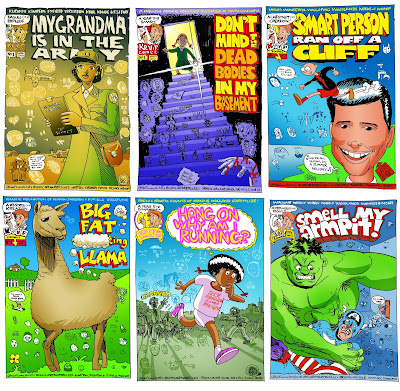