Journal Of The Plague Year - week one

Writing a "ha ha how satirical" title like the above looks like being harder to do as the days progress. A week in a pandemic is a long time, and it's chastening to see how peoples moods have transformed in such a short and eventful time. For my part, I've done this amount of work... 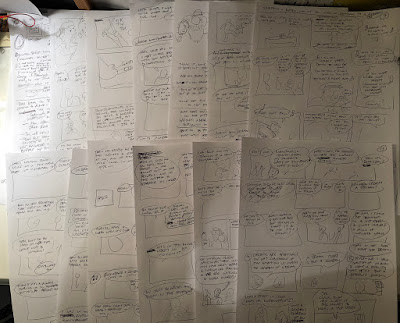 The new book, which I honestly didn't expect to start writing when the first one's only just gone to the printers, is slightly harder to get stuck into writing, what with all that's going on in the world, but I've made a start. I've got the concept, and the 'angle', and have written a dozen scribble pages with some nice visual ideas, some nifty dialogue, a killer twist, and lots more besides, most of which will undoubtedly disappear in the rewriting. As for drawing it, will I still be able to get art supplies I wonder?

For the record, I thought out loud on Facebook on March 14th about writing a book. So we can measure its progress from there.

Also on the 14th we were still joking about gigs and visits being cancelled. But mid week (the 17th) pretty well everything had been. Though one school, an outlier to be sure, emailed asking if I could add some dates in July (with caveats, obviously, assuming there are still schools to teach in by then).

I posted the Socks' Swine Flu video on Facebook on the 14th. Doubt I'd do it today. 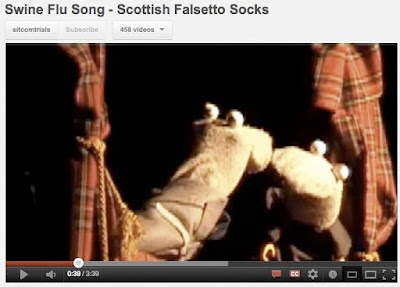 March 15th: Some reassuring stats in Dr Phil Hammond's MD column in this week's Private Eye. In winter 2017/18, more than 50,000 excess deaths happened in England & Wales as a result of respiratory infections (ie, the flu) with next to no comment.

That means 379 people a day died, over and above the expected (or usual) figures, predominantly the elderly and those with pre-existing diseases. (According to fullfact.org & Public Health England, on average 17,000 people in England die every year from the flu.)

Well, I found it reassuring. (Again, one week later, this now looks complacent and a bad thing to be saying out loud).

March 17th: Just watched High Society and The Bells Of Saint Mary, and next I'll be watching Road To Morocco.
Who else is Bing watching?
#coronavirus


Today's fun fact: Spanish Flu didn't come from Spain. The 1918 pandemic was kept quiet or played down by the governments in UK, Germany and the USA. But neutral Spain was free to report the true figures.

As a result everyone thought that Spain had a flu pandemic and that they didn't, so it acquired the name 'Spanish Flu'. All because Spain was the only country that didn't lie about having it.

Sorry, I should be changing the subject shouldn't I? As you were.… 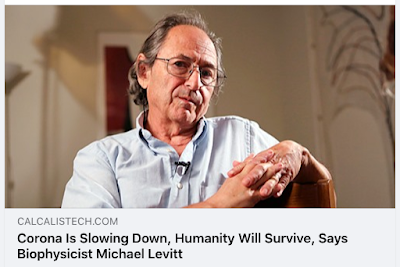 March 18th: Thanks to Michelle Baharier for sharing this story, which is very reassuring about the statistics of virus spread. Worth a read if you're panicking about exponential growth.

“The rate of infection of the virus in the Hubei province increased by 30% each day... that is exponential growth. At this rate, the entire world should have been infected within 90 days." But then, the trend changed. The number of new cases reported each day started to fall as of February 7. A week later, the mortality rate started falling as well. (Excerpt from article, the details tell you more).

March 19th: Who else is watching more films than usual at the moment? (Former gigging comedians, I'm guessing). Here are the five we just watched, from Netflix/Amazon, in order of preference. Please share your reviews, we'll be watching a lot more.

2 - Phantom Thread. Paul Thomas Anderson directing Daniel Day Lewis in his final film. A unique vision with some great images and totally original characters. A bit Marmite, as arthouse films can be. One of us loved it, one of us hated it.

3 - Aeronauts. Very silly, but gripping in the action sequences. Almost based on a true story with some almost plausible science. Fun for the kids, if not for the historians.

4 - Green Book. The sort of film that gets nominated for Oscars. Quite manipulative and formulaic, with a well constructed story buried under the message. Good acting turns, but I think you can spot the join when Mahershala Ali's head is CGI'd onto the real piano player's body. Also whitewashes the true story it's based on.

5 - Marriage Story. Horrible and indulgent. The sort of movie rich actor types make, thinking the rest of the world can in some way relate to them. Reminds me of Woody Allen's later unfunny stuff. But not that good.

So, what would you recommend, or steer us away from?

March 19th: Making up a name for an imaginary band turns out to be harder than you think. My first two names have already been used. Who knew there were band called The Nuns and Nunnery? 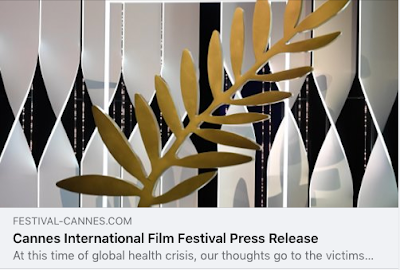 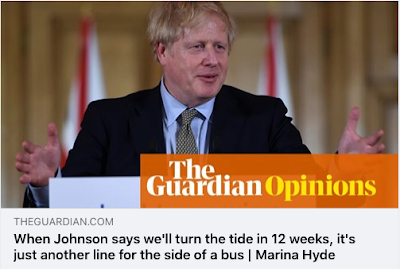 Genius, as always, from Miranda Hyde. Read the article, enjoy the soundbites:

- (Dominic) Cummings is interested in behavioural science in the way I’m interested in Olympic figure skating. Which is to say, I like it, but I’m unbelievably, lethally shit at it.

- His (Johnson's) idea of heroic sacrifice is allowing someone else to raise his offspring.

- “I’m very confident we’ll get this thing done.” Mate … that’s your slogan for the other one? We’re about three days off him telling us we can take back control.

- ...you certainly wouldn’t rule out Donald Trump judging November’s elections to be something that had better be suspended under the circumstances.