16 of the Findlay Macbeth Kickstarter supporters went for the option where I drew them a sketch. Today I drew the first 12 of these. Beginning with Peter, who asked for this particular image and wording... 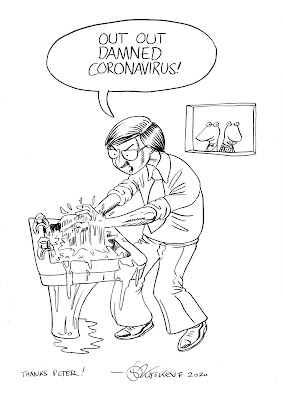 Hazel and Tim are Scottish Falsetto Socks fan, so they got another humorous image with the Socks featured... 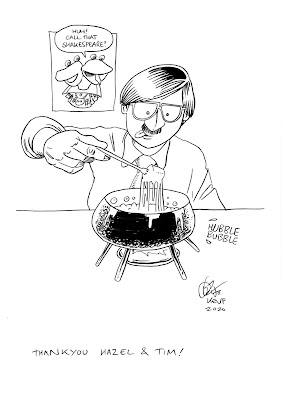 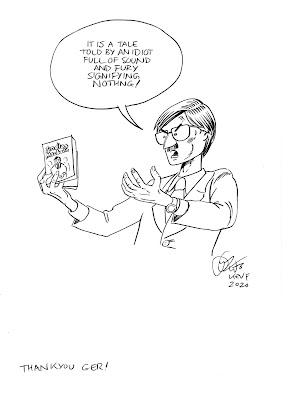 Rachel & Dylan were happy with whatever I wanted to draw, so I chose a favourite moment from the book (with slightly different dialogue)... 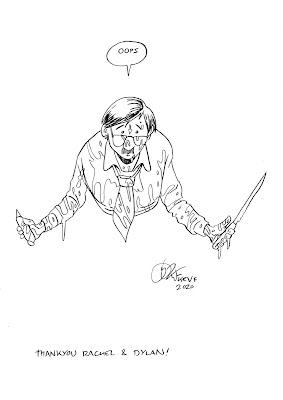 Barth wanted me to reference The Sitcom Trials, a comedy show we've both been part of... 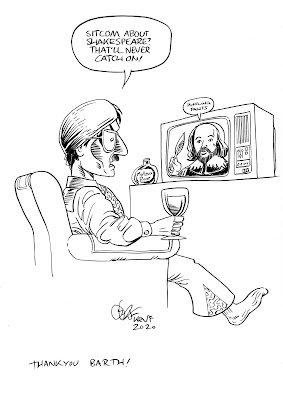 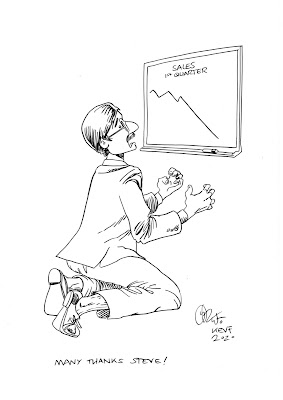 Michael was happy with whatever I wanted to draw, so I did a scene that happens out of shot in the book, the killing of Duncan... 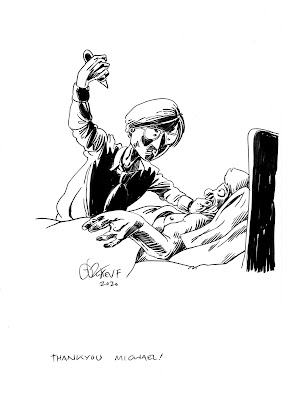 James wanted Findlay seeing Banquo's ghost, so here's that scene from a different angle from the book... 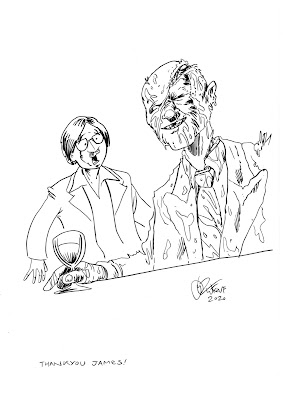 Iain had no preference, so he got a variation on "Is this a dagger.." 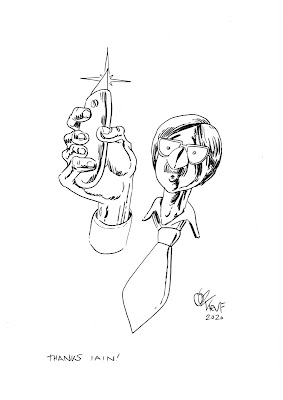 Clare wasn't picky either, so I based this on a Victorian painting of Macbeth. I then could not find the name of the original artist. Anybody know? 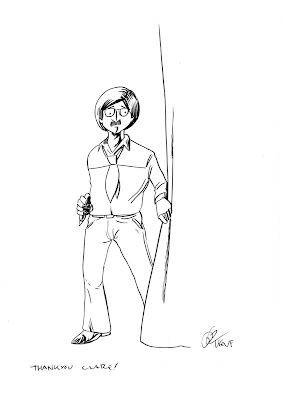 Rick was happy with any image, so I got a bit carried away and did a pastiche of the Michael Fassbender Macbeth movie poster... 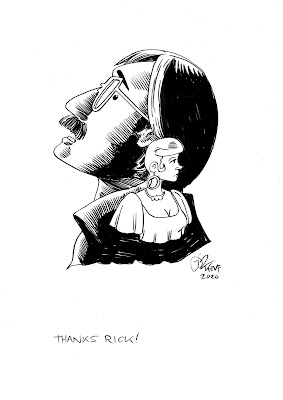 Finally (for the moment) Neil was happy with anything, so I had another stab at that hand washing scene that I'd started with (for Peter earlier)... 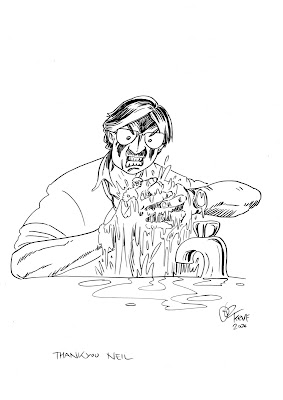 I still owe four people sketches (Brian, Ben, Boaz and Lee). So as soon as they tell me what they want drawing, I'll get stuck in.