I Grown A Big Bum - comics by kids 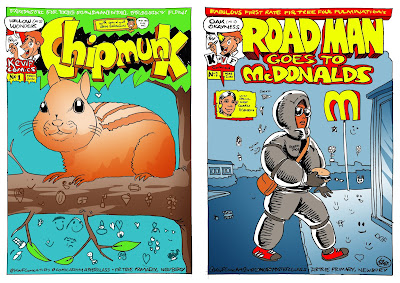 The busy season of Comic Art Masterclasses continues, hopefully getting them all squeezed in before the clampdown on travel and schools begins because of the Covid 19 coronavirus pandemic, and included three whole days at Fir Tree Primary in Newbury. And it was only on the eve of my first day that I discovered, through crossed wires in our emails, that the Head had booked me to work with Year 1 and 2 as well as my usual Year 3 and older. I've only worked with Year 2 a couple of times, and after every previous time have vowed never to do it again as they're too young to understand what I'm talking about and do produce any worthwhile work. However this time, thinking it through, scheduling and planning the days well, I managed to get a good comic from them and, horror of horror, Year 1s. (Courtesy of the Year 6s, above, I learned of the trope of the Roadman. Apparently some sort of new "chav" stereotype, popular in memes.) 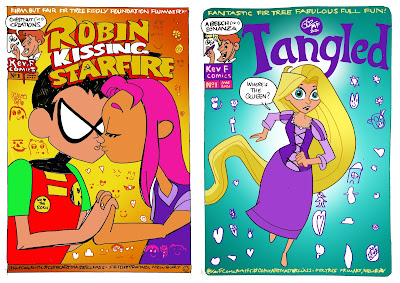 Day two at Fir Tree was year 3 in the am, then the dreaded year 1s in the afternoon. My trepidation in doing a class with pupils so young is that, since what I'm teaching is a combination of writing and drawing, the kids will struggle if they can't do either yet. But I managed to amend and extend certain parts of the class, made the demonstrations viewer-friendly without talking down to them (too much), and what do you know we did it. You can see from their doodles on the cover that the five and six year olds could in fact draw well enough to put something recognisable on the page, and the help of the teachers in the room was invaluable in making sure no one was struggling. I came away rather pleased with myself. On balance, though, I won't be offering the classes to the infants in a hurry. 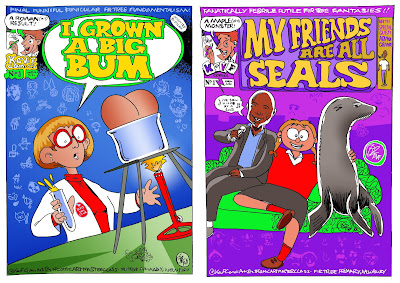 Day three at Fir Tree was the safe ground of year 4 and 5, who came up with my two favourite titles of the week. No, the reference to Seal made absolutely no sense to them. Sometimes these things are thrown in for the benefit of me and the teachers. 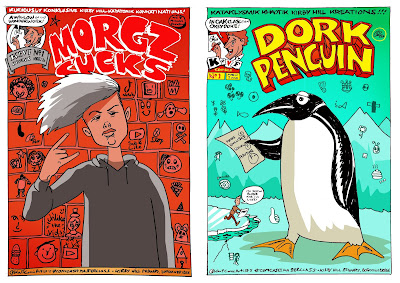 The week began at Kirby Hill primary in Boroughbridge, North Yorkshire, the longest drive of the week. Morgz is, I am told, a Youtuber. When it comes to selecting celebs for my demo strip, if I haven't heard the name they shout out (they shout out 4, from which we choose the one that goes into the strip) it's almost either a footballer or a Youtuber. In this case the novel name came in the comic's title, not the celeb, but the same principle applies. 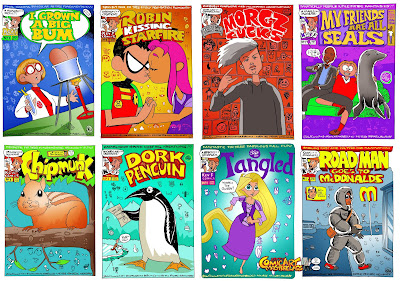 The celebrities these eight groups chose to star in my demonstration strip on the flipchart were Elvis Presley, Dwayne 'The Rock' Johnson, Michael Jackson, Ariana Grande, John Barrowman, Justin Bieber, The Queen, and Charli D'Amelio (she is, I'm told, someone who does dancing on Tik Tok, m'lud).